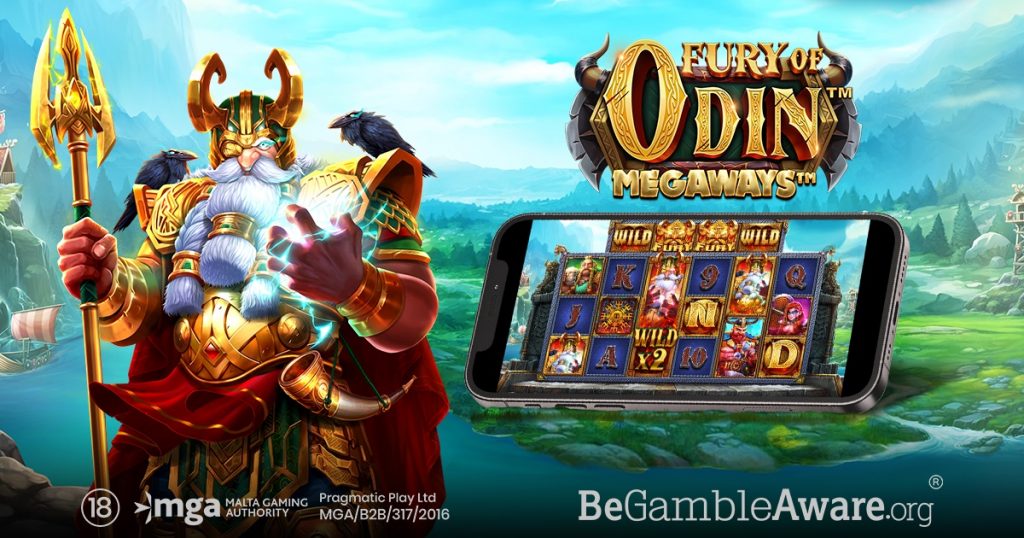 “We hope combining the excitement of our Dream Drop jackpots with the beloved Christmas cheer of Santa’s Stack will result in the kind of joyous experience everyone needs this year,” said Relax Gaming CEO Simon Hammon.

“If you love our acclaimed mega-hit title Bonanza Megaways, and you LOVE Christmas as much as we do, then this is the game for you,” said Big Time Gaming CEO Nik Robinson.

Pragmatic Play has released its latest Norse-themed slot with the launch of Fury of Odin Megaways.

“The Big Bass franchise has always proven to be a go-to game for slot enthusiasts thanks to its cutting-edge features and thrilling mechanics,” said Cornides.

Play’n GO has expanded its portfolio of Greek mythology-themed slots with the release of Athena Ascending.

“Not only did we want to capture the essence of the original game, but we wanted to elevate mechanics, audio and visuals even further,” said Play’n GO head of games Charlotte Miliziano.

“We already see strong demand for our games in New Jersey, where our Wild Streak Gaming and Spin Games studios have been live for several years,” said Bragg Gaming president and chief operating officer Lara Falzon.

NeoGames-owned Pariplay has signed an exclusive agreement to add Reloaded Gaming as its latest Ignite partner.

“As our presence in the United States continues to expand at a rapid rate, we are always on the lookout for games studios that can add a unique element to Pariplay’s Ignite program offering,” said Pariplay director of partnerships Callum Harris.

Pariplay has also agreed a deal to add Konami Gaming’s portfolio of titles to its Fusion iGaming platform.

“Konami Gaming has built a deserved reputation for producing online titles that are of the utmost quality,” said Harris.

Yggdrasil is another supplier getting in the festive mood with the launch of its latest slot, Christmas Plaza DoubleMax.

Yggdrasil has also this week launched a new swashbuckling-themed slot with the release of Cannonade!

“Cannonade! is a game that we’ve all been looking forward to releasing for some time,” said McCarthy.

SoftSwiss has expanded its content aggregation platform through a new distribution deal with Popiplay.

“We hope that this collaboration will bring outstanding results for both teams,” said Tatyana Kaminskaya, head of SoftSwiss Game Aggregator.

Relax Gaming has agreed a new Powered By Relax partnership with Air Dice.

“Having shown such high levels of ingenuity in its approach to iGaming, we’re delighted to welcome Air Dice as a Powered By Relax partner,” said Relax Gaming director of casino products Shelley Hannah.

Greentube has expanded its presence in the regulated Dutch iGaming market through a new integration with Casino777.nl.

“Our portfolio has been very well-received in the Netherlands and we are thrilled to join forces with Casino777 to offer great entertainment to an even bigger audience in the region,” said Andy Duschek, key account and sales manager at Greentube.