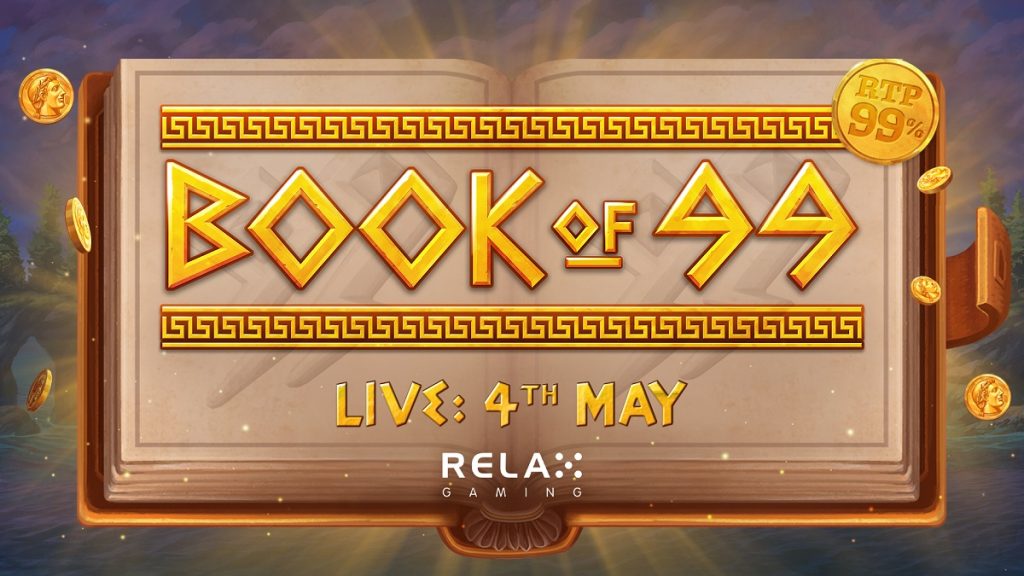 Leading iGaming supplier Relax Gaming has launched a first-of-its-kind new title, Book of 99, offering an incredible RTP of 99 per cent.

The Greek mythology-themed game marks the first slot of its kind to offer a 99 per cent return to players and boasts sumptuously designed animation combined with an evocative, exotic soundtrack to augment the gameplay.

Collecting 99 books in the Base Game triggers 10 free spins, an added route to the typical 3-symbol trigger. Once one of four heroic characters is chosen at random, it gains expanding abilities in the Free Spins round, growing to fill the whole reel and catapulting win potential up to 5,000x the bet.

“The ‘Book of’ genre is a well-read one, but as always, our development team has done an amazing job in re-defining its legacy - marking Book of 99 as a game that truly stands out among the competition,” said Simon Hammon, CPO at Relax Gaming.

“It’s not only the generous 99% RTP that makes this game stand tall, but also a great slot experience in its own right, with a host of engaging features ready to wow its audience. We’re looking forward to seeing what players make of our new approach!”