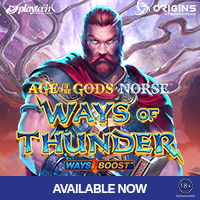 UK bookmakers were several steps ahead of their critics in their response to the Covid-19 crisis.

In recent weeks, the Gambling Commission suspended the licence of up-and-coming betting exchange Matchbook. Two years ago, the operator told Gaming Intelligence it was “determined to succeed where so many have failed, by taking on Betfair”. But it has failed. And its failings were abundant. In addition to the anti-money-laundering failings, which seem to catch out almost everybody, it did not conduct proper due diligence into members of gambling syndicates or “monitor its business relationships” sufficiently (whatever that means). But worst of all was its appallingly lax approach to safer gambling.

One punter who had self-excluded was allowed to reopen his account six months later. He then played for ten hours a day on consecutive days and lost a large sum of money before self-excluding again. At no stage did he receive any contact from Matchbook.

This is the new normal that most operators are complying with. Those that are not are being weeded out by the Gambling Commission. Since January the Commission has suspended the operating licences of four smaller operators which could not cope with the new conditions. The vast majority of operators have risen to the challenge. Companies such as Flutter, GVC, Sky Bet and 888 have all been fined by the Commission but they have overhauled their systems and given their customers a protective shield to safeguard against addictive behaviour.

When Covid-19 forced the closure of retail outlets and the effective shutdown of their sportsbooks, the natural response would have been to turn the marketing firepower onto other products. It surely would have done as recently as two years ago. But a new industry is emerging. It is a grown-up industry that is beginning to understand its place in society.

Before the Betting and Gaming Council announced lockdown guidelines, we spoke to the likes of bet365, GVC and William Hill. They had all steadfastly refused to exploit the situation. In doing so, they can claim moral superiority over their harshest critics, who sunk to new depths by doing the very thing they expected the bookmakers would do – exploiting a crisis for political (rather than monetary) gain.

Member of Parliament Carolyn Harris opened fire on the pages of a national newspaper. She wrote: “Where quarantine has meant a downturn for many businesses, gambling companies may see this period as a huge opportunity to increase their profit margins.”

“I am deeply concerned that as we move further into this crisis, greater numbers of people will turn to online gambling as a distraction. In the absence of legislation, the industry itself must act responsibly,” she continued.

In the absence of legislation? Try telling the Gambling Commission there is no legislation regulating online gambling. Try telling that to the four companies the regulator has closed down this year.

But yes, the industry has acted responsibly. GVC responded thus: “With up to a quarter of the global population in some form of lock-down, there is a clear risk that house-bound individuals may become isolated, depressed or be in financial distress. GVC recognises the additional risk this presents and is deeply aware of its own responsibility to protect vulnerable customers from seeking to solve financial problems through gambling, or from developing other problem gambling behaviours.”

It increased all its safer gambling policies, as did all the companies that belong to the BGC. But this was not enough for Harris and her comrades. Clearly, she sees the pandemic and the thousands of deaths across the world as an excellent opportunity to hammer home her agenda.

A week later, Harris used the same newspaper to say the BGC’s measures did not go far enough and begged the government to implement emergency measures to curb an industry that, like many others, was on its knees.

Dr Henrietta Bowden-Jones, director of the National Problem Gambling Clinic, also signed the letter to the government. She concluded: “Now, more than ever, at this time of uncertainty, a moral code is required from the gambling industry.”

The industry has revealed its moral code, and it is a lot stronger than that of its harshest critics, who have been revealed to be completely lacking one.