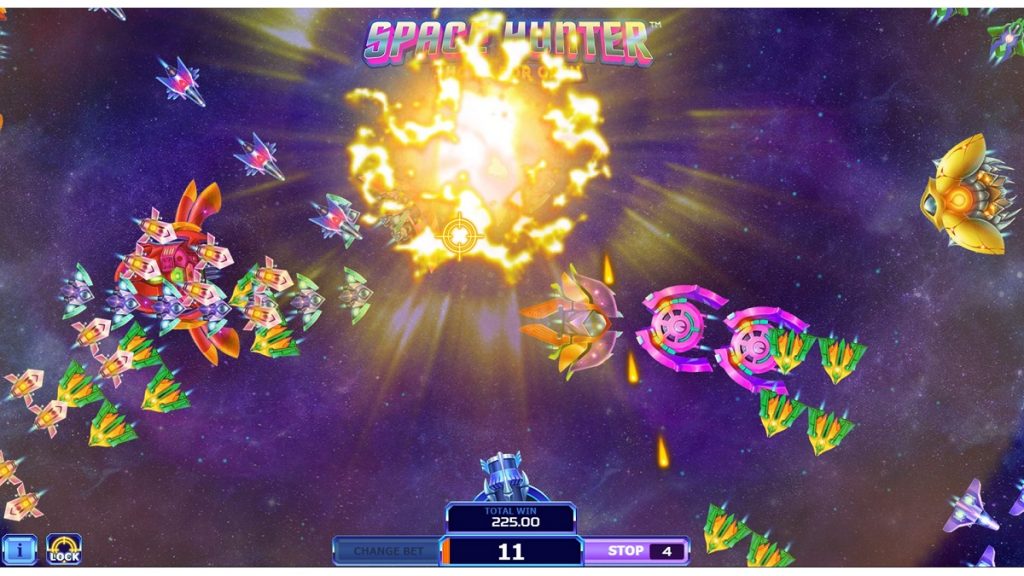 At the end of June, Playtech released its first arcade style ‘Shoot for Cash’ game Space Hunter following a period of exclusivity with BetVictor. It has now gone live with over 80 brands and has entertained over 54,000 players in the past few weeks.

Playtech is not the only supplier looking to old school arcades for inspiration. Gaming Intelligence recently reported on Green Jade Games and its forthcoming Galaxy Roads, but it might be the first to take inspiration from fish shooting games that have taken arcades by storm in recent years - particularly in the US and Asia.

Space Hunter is a fish shooting game with a space theme. So why didn’t Playtech stick with the fish that have proved so popular in arcades from the US to Asia?

“We wanted to attract and engage a wider audience; an audience beyond traditional slots players. As space shooters have been engaging arcade players for over 40 years, we felt this was a great place to start,” says Gilboa. “Our goal with Space Hunter is to tap into the timeless appeal of this type of game, whilst still bringing something genuinely different to the casino market. Obviously, we are very much aware of the popularity and potential of fish games, and this is very much on our to do list for Shoot for Cash. We also hope this format can attract new audiences that might enjoy other gamer-style formats.”

While fish games have proved popular in arcades, they have attracted the attention of the police in US states such as North Carolina. Playtech claims Space Hunter is the first fish game to be licensed in a regulated market.

“We are committed to bringing new content to the market that is engaging whilst ensuring we meet all the regulatory requirements,” continues Gilboa. “For Space Hunter, we introduced many significant innovations to all aspects of the game, including betting configuration, shooting mechanics, user interface, and even the maths models. The game was designed with regulatory requirements in mind to ensure compliance.”

Gilboa adds that while shoot ‘em up games seem very fast-paced, Space Hunter is actually a longer game than many slots and hence more regulator-friendly. Britain’s Gambling Commission is the first to approve it but he expects that regulators across Europe will be giving it the all clear soon.

While this is a fish game in everything but name, its dynamics come straight out of Playtech’s slots studios. Indeed, Gilboa is keen to point out that this is not a game of skill - a category that has failed to ignite online casinos in the past.

“It is very much a casino game at heart,” Gilboa explains. “It offers all the components players expect from a casino game - chance, hit frequency, random rewards, and of course big wins, but the gameplay is more active and requires more player input than a traditional slot.”

There are elements that would feel familiar to slot players, such as the Free Shots Bonus with random power weapons. Gilboa believes it offers more than enough to appeal to regular slot players, but also hopes the game will attract new players to the casino market – players looking for something a little different to their typical idea of a slot.

BetVictor has certainly been pleased with the game’s performance during its two months of exclusivity.

The operator’s casino games manager Nolan Frendo says: “The player reaction so far has been fantastic, with all the signs being that both Space Hunter and the wider ‘Shoot for Cash’ concept have what it takes to be long-term favourites.”

One of the issues with this type of game - neither slot or live casino - is where to store it and how to promote it. BetVictor chose to put it in the ‘slots’ and ‘new games’ categories as the engine behind it is similar to an RNG slot. The operator also ran banner ads across all tabs to ensure players were aware of this new breed of game. In future, arcade-style games might warrant their own tab on operators’ sites.

“Now that the game and the wider Shoot for Cash concept have been through the required testing, we definitely envisage future development of the format,” says Gilboa. “Arcade-style games can come in many shapes – not just Shoot for Cash. We have plans to introduce more games in new playing styles.”

Pacman for Cash, anyone?