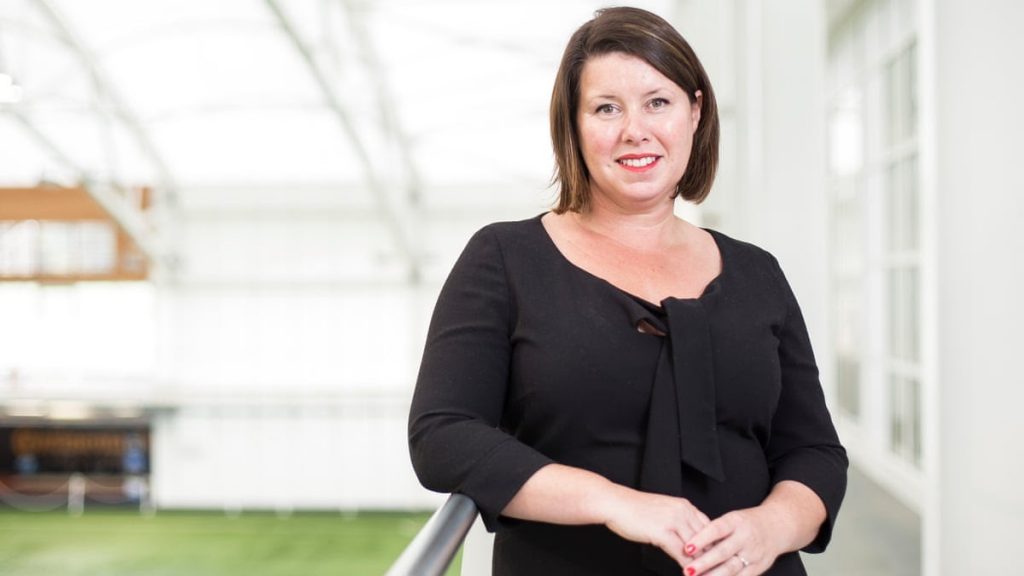 Harrington will take over as the new head of British horseracing’s governing body at the beginning of 2021 after nearly four years leading British Cycling. She replaces Nick Rust, who announced earlier this year that he would be stepping down as CEO after nearly six years in the role.

Harrington is a former member of the BHA board and was a senior executive with Northern Racing for eight years, and has also served as operations director for the Football Association, where she was responsible for Wembley Stadium and St George’s Park, the FA training facility.

“I am delighted that Julie is coming back to the BHA and to racing and the board and I are looking forward to working closely with her,” said BHA chair Annamarie Phelps. “This is a vital leadership role for the organisation and British racing.

“Julie’s hands-on knowledge of horseracing, coupled with her governance and business experience, make her the ideal person to carry on with the task of restoring sustainable prosperity after the COVID crisis. We’ve got the right person, for the right job, at the right time.”

Harrington said: “I’m so excited to be coming home to racing and playing my part helping this great sport to achieve a prosperity from which everyone benefits. I know how important collaboration across racing has been over the past few months and I look forward to working with colleagues from all parts of the sport.

“The BHA and its team of dedicated officials do a great job in keeping racing safe, clean and fair. I am proud to take on this leadership role in such a well-regulated sport, which enriches the lives of horses and people, and has a special place at the centre of national life and our rural communities.”

Harrington will join the BHA on 4 January after completing her notice period at British Cycling, with incumbent CEO Nick Rust continuing to lead the BHA as it works with industry bodies on resumption and recovery.

“Nick and his team are working closely with the RCA and The Horsemen’s Group to get racing through the next phase of COVID-19, to  bring back the public, and support our owners and investors in the sport,” continued Phelps.

“There’ll be no let-up over the coming months and the sport will see a seamless transition to our new CEO. I want to thank all those at the BHA and the industry bodies who are working so hard and I’m confident that racing will continue to lead the way towards a full resumption of sport.”

Nick Rust to stand down as CEO of British Horseracing