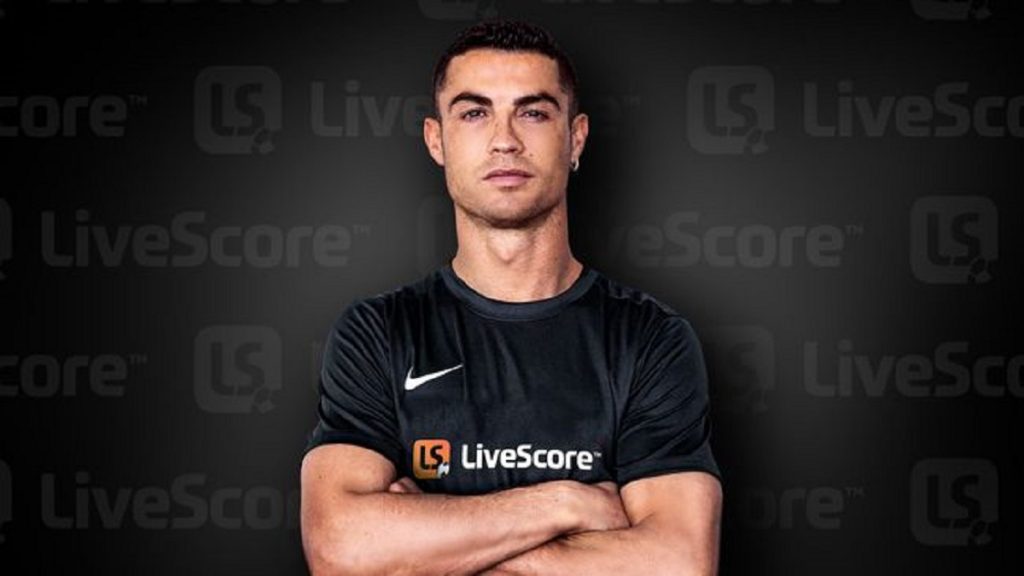 The multi-year partnership will see the Portuguese national team captain and five-time Ballon d’Or winner team up with LiveScore ahead of the upcoming European Championships this summer, with the agreement spanning at least two domestic football seasons, as well as next year’s World Cup.

“I've used the LiveScore app to keep up to date with the latest scores for many years, so I'm really excited to begin such a natural new partnership,” said Ronaldo. “Throughout my career every goal has always been about more than a score to me, and I know LiveScore has been there every step of the way, to keep my fans across moments that have defined me.

“LiveScore and I are connected by a drive to be the greatest at what we do every single day. I cannot wait to unite our combined audiences of football fans with amazing content, moments and goals in the next exciting stage of my career.”

Livescore marketing director Ric Leask commented: “In a year that has seen LiveScore rapidly evolve as a global sports media business, this landmark new relationship with Cristiano Ronaldo is without doubt the biggest moment so far.

"There is simply no bigger sportsperson - past or present - than Cristiano Ronaldo, who continues to captivate fans around the world with his brilliance on the pitch. With a world record 777 career goals and 31 club and international honours, we believe he truly is the ‘Greatest Of All Time’. We should know, as LiveScore has been there to bring news of every goal to millions of fans around the world."

LiveScore was previously owned by Gamesys Group but has operated since September 2019 within the Anzo Group of companies, which is chaired by Gamesys founder Noel Hayden and headed up by former Gamesys chief financial officer Michael Mee.