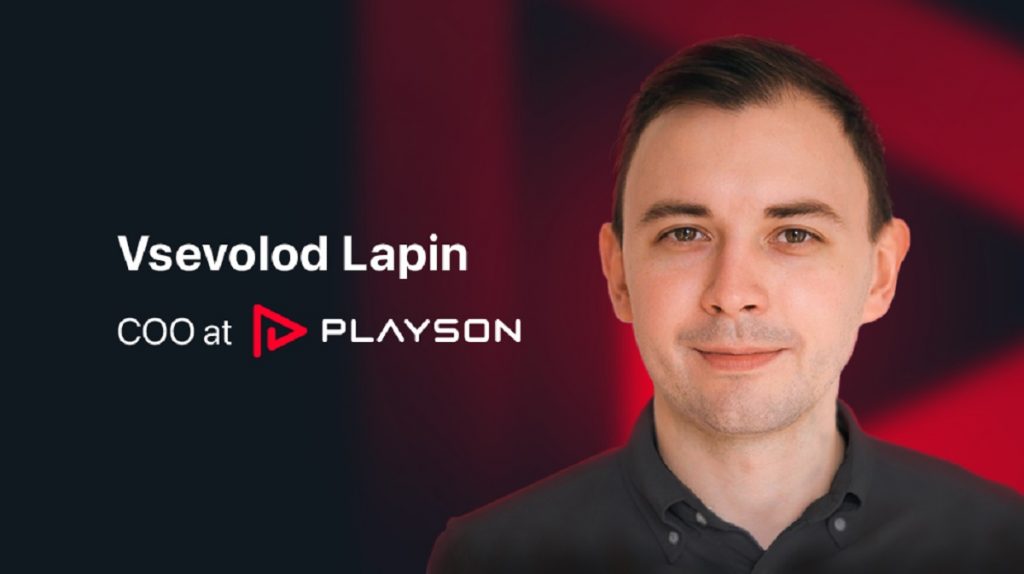 Lapin has been with Playson since October 2017, joining the company as product manager before being promoted to head of product the following year.

In his new role, he will be responsible for Playson’s product portfolio, enhanced game production, tools creation and market expansion.

“Everyone at Playson is pleased to have Vsevolod as our new chief operating officer, we’re adamant that he will deliver fantastic results for the company,” said Playson CEO Alex Ivshin. “During his time with us, Vsevolod has consistently shown to be hard working, passionate, and dedicated to bringing the next wave of exciting products to our offering."

Commenting on his new role, Lapin said: “I’m thankful for the opportunity to contribute in this new role which brings forward fresh challenges. It’s a very special moment for me, especially since the news comes at such a pivotal time for Playson.

"The company has an incredibly talented team and has progressed so much in such a short amount of time. As we march onwards with our fresh brand identity, we will only continue enhancing our position across the iGaming industry.”