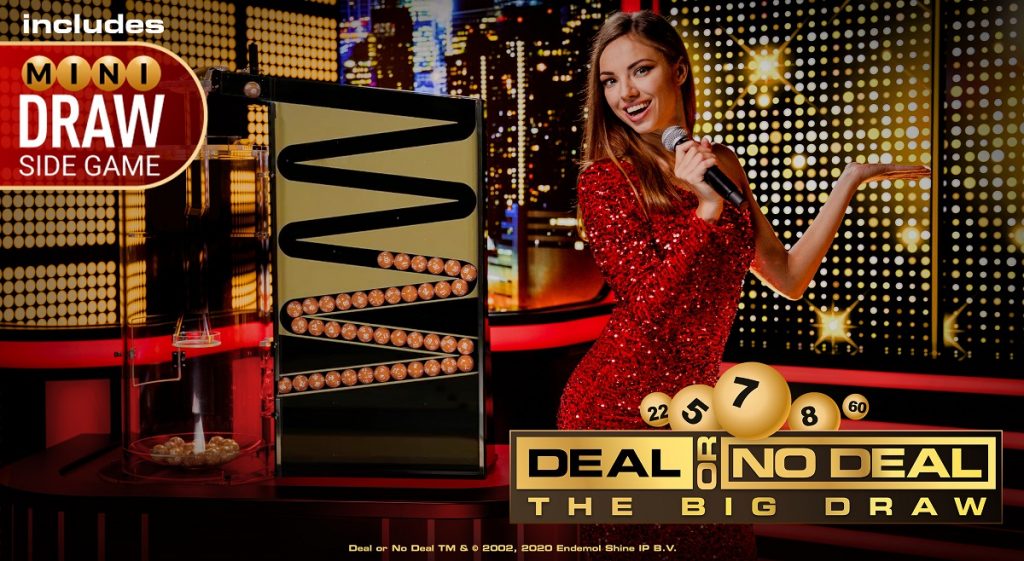 London-listed gaming supplier Playtech has launched a new live game based on Endemol’s iconic TV gameshow Deal or No Deal.

Launching as a limited exclusive for a leading operator, Live Deal or No Deal – The Big Draw recreates the excitement of the successful gameshow format and expands Playtech’s partnership with Endemol’s brand, which already includes a dedicated bingo room.

Similar to the TV show format, the live dealer version of the game is based around 16 numbered prize suitcases, with 15 numbers appearing on the player’s ticket and the sixteenth suitcase being the player’s prize.

As balls are drawn, the numbers and the prizes are removed from the ticket, with the banker’s bar being filled at the same time. Once there are seven numbers on the bar, the banker will make the player his first offer.

If the player accepts the deal, the game ends there. Alternatively, they can buy five extra balls to continue the game in search of a higher offer. If the player has not accepted a deal and no more balls are available, their suitcase will be opened to reveal their prize. Additionally, players can choose to boost one of five prizes before the round begins, as well as entering the mini draw side game, with prizes based on the first 20 balls drawn.

“We’re delighted to be bringing the excitement of one of TV’s most enduring formats to Live,” said Edo Haitin, managing director at Playtech Live. “With the addition of the mini draw side game, allowing players to buy multiple tickets with up 6 points of decision making during the game, whether it be to buy more balls or take the bankers offer, Live Deal or No Deal – The Big Draw brings the player a new level of engagement and strategical involvement.

“For many players, Live play is as much about the experience as it is about gambling, and we’ve seen a growing trend towards gameshow-style formats - which is why we’re so confident Live Deal or No Deal will definitely be a big draw.”

Banijay Brands head of business development Lex Scott added: “We’re thrilled to be extending our partnership with Playtech through the launch of Live Deal or No Deal – The Big Draw.

“The in-studio presentation is fantastic and, with the combination of a proven format and innovative elements such as the mini draw, we believe it offers something genuinely unique and entertaining for Live players which aligns with the brand.”

Shares in Playtech plc (LSE:PTEC) were trading up marginally by 0.35 per cent at 346.70 pence per share in London earlier Friday.

Playtech to explore alternative opportunities for Caliplay US expansion