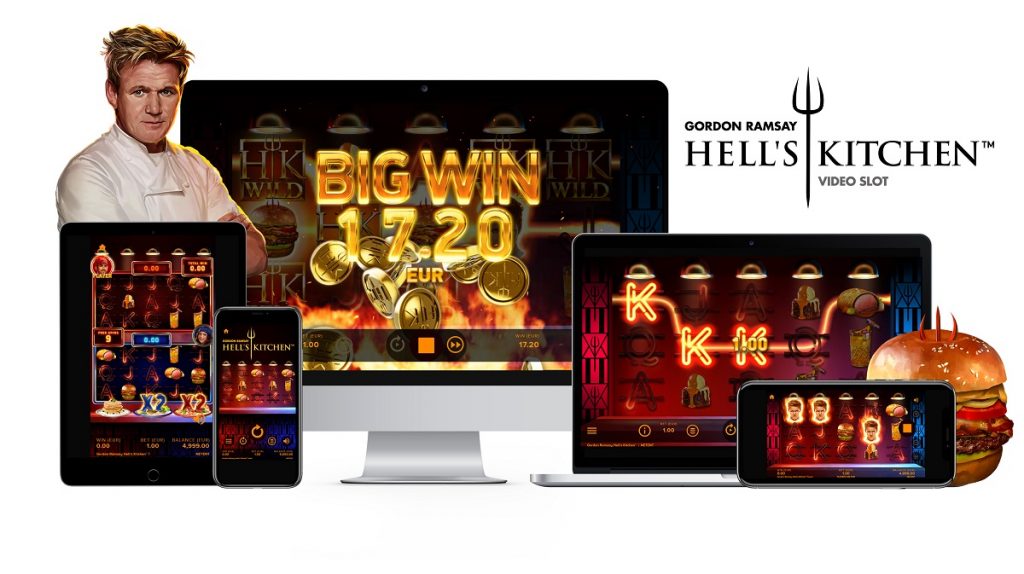 Evolution-owned NetEnt has expanded its branded slot portfolio with the launch of its new Gordon Ramsay’s Hell’s Kitchen slot.

The 5-reel, 3-row game is based on Ramsay’s Hell’s Kitchen reality TV programme and features the chef’s signature dishes and cutting catchphrases.

The game features flying knives, pots and plates in the Ramsay’s Wilds feature that randomly puts up to seven Wild symbols on the reels in the main game.

Players pick a side, and if their team wins, they enter Gordon’s Bonus Game, where Multipliers and random prizes of up to five times the bet are hidden behind the Gordon Ramsay Hell’s Kitchen menus.

“This is a genuinely fun game that is rich with bonus features that are not found in any other slot,” said Evolution chief product officer Todd Haushalter. “We pride ourselves on bringing new playing mechanics to the industry.

“The team did an amazing job with this game and they did a brilliant job capturing the essence of Chef Ramsay and Hell’s Kitchen. I am sure players are going to love it.”

Jens Drinkwater, licensing manager for Gordon Ramsay’s licensing agent Global Merchandising Services, added: “NetEnt’s reputation as a leader in creating branded entertainment products was a determining factor in working with them for the Gordon Ramsay Hell’s Kitchen video slot. We are proud of the game and are sure fans of the show will love it.”

Shares in Evolution Gaming Group AB (STO:EVO) were trading down marginally by 0.08 per cent at SEK1,259.00 per share in Stockholm earlier Thursday, having hit a new 52-week high of SEK1,279.50 in trading yesterday.