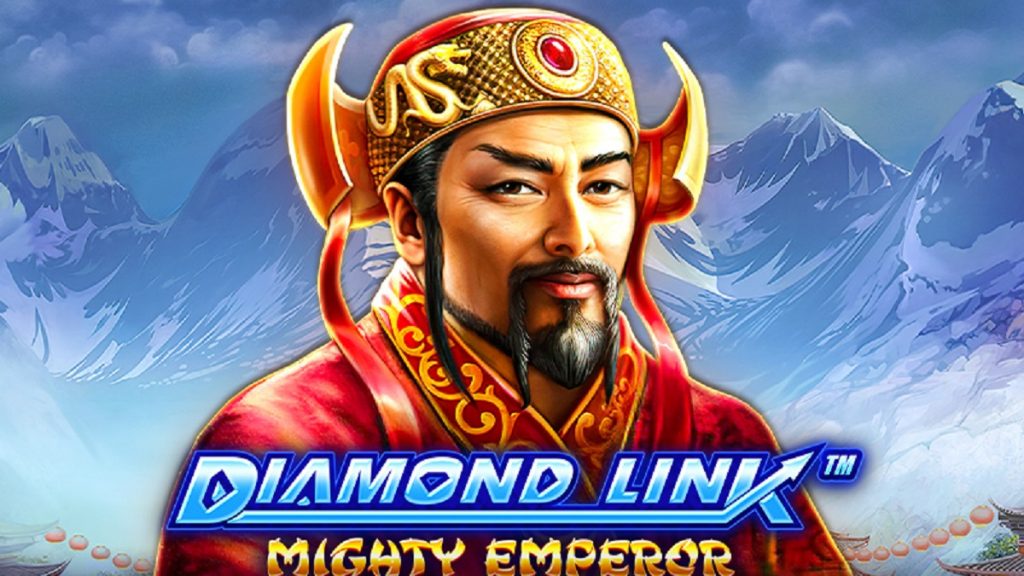 Greentube has launched the fourth title in its Diamond Link series of games with the release of the Asian-themed slot Diamond Link: Mighty Emperor.

The 5x3 title is set in ancient China, with the reels placed in-between two traditional pagodas surrounded by misty mountains. The main character is the Mighty Emperor and other symbols tie in with the theme include a koi fish, a Chinese ship and a lucky coin.

As with previous Diamond Link titles, the Hold N Spin feature is triggered when landing six diamonds in the base game, in the same spin. This time however, lanterns in the base game can also act as mystery symbols to increase the chances of triggering the feature, while within the Diamond Link Hold N Spin feature, fireworks are set off at the beginning to boost symbol values with a x2 multiplier.

In addition, three new special diamond symbols are introduced for the first time: Wild Spins, Sticky Spins and Colossal Spins, each of which has its own expansion which comes into play during the conclusion of the Hold N Spin feature, when each of the individual values on the collected diamond symbols are summed up to create the player’s total feature win.

“This beautifully designed game transports players to a mystical, ancient realm and offers the chance to win major prizes,” said Greentube head of games product Boro Brumen. “Within the attractive packaging is a game of real depth.

“Diamond Link: Mighty Emperor takes the hugely popular Hold N Spin feature to the next level and we are excited to see how players react to the evolved mechanic and the opportunities it presents.”

Greentube expands US presence with BetMGM