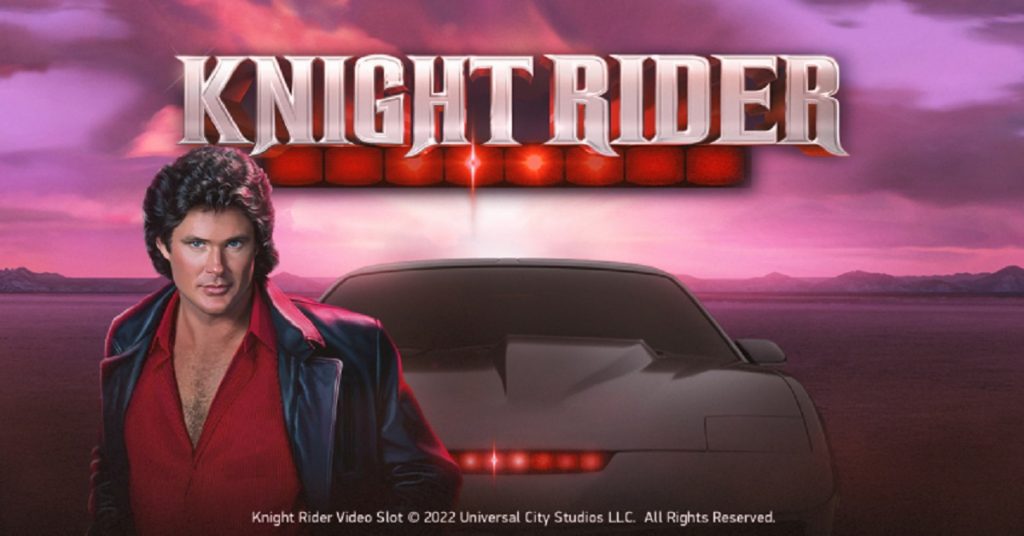 With a max win of 7000x, this game also features original clips and sound effects from the NBCUniversal's popular TV show, which aired for four seasons from 1982-1986 and starred David Hasselhoff as crime fighter Michael Knight, assisted by his artificially intelligent car KITT.

Bringing to life facets of the show, the slot features Walking Multiplier Wilds, which appear anywhere on the reels in both the main game and Free Spins. When these Wilds form part of a win, players won’t lose them on the next spin, they stick and jump to the reel on the right with multipliers matching the reel they stick to, providing players more chances at bigger wins.

“This game brings back the ‘80s with style,” said Evolution chief product officer Todd Haushalter. “Knight Rider is a beloved classic and the team has done a great job at incorporating this world into the video slot.

"Knight Rider fans, both existing and new, are going to love being immersed in this iconic show, and we can’t wait for players to take to the streets of LA and sink their teeth into all the fun the game has to offer.”

Shares in Evolution AB (STO:EVO) were trading 5.54 per cent lower at SEK948.80 per share in Stockholm earlier Thursday.

Björn Krantz takes over as CEO of Yggdrasil