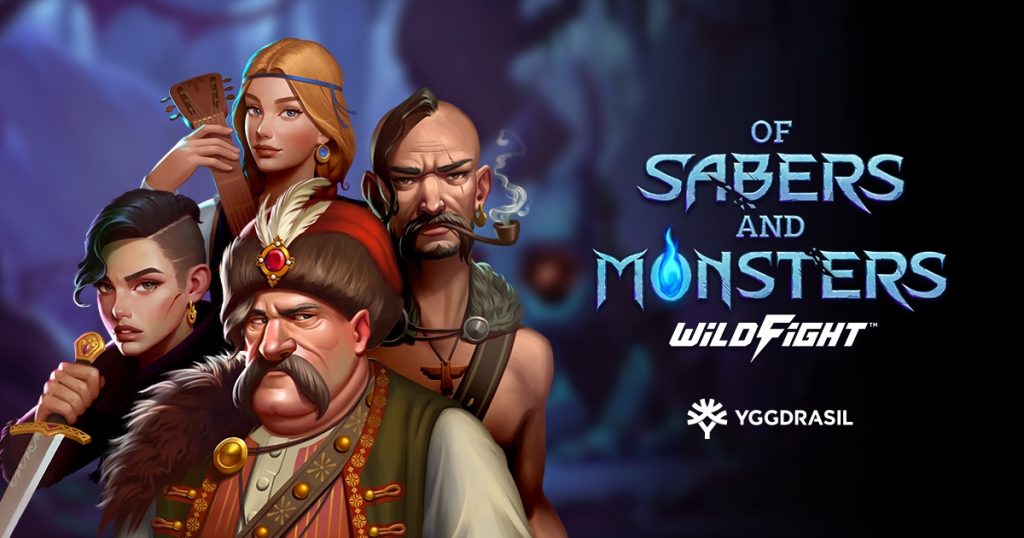 Casino games developer Yggdrasil has released the first in a new series of combat-themed slots with Of Sabers and Monsters.

A new saga begins with the six-reel, 4,096 ways to win title, which see the Wild Fight mechanic, seen in hits such as Vikings Go Berzerk, return once again to assist the four brave heroes on their mission to slay the monsters.

As the warriors skirt the reels, a meter is charged every time their symbol lands in a winning combination. If it becomes completely full, Ardent Respins are triggered. Each Respin triggers a Wild Fight feature, which will continue for as long as the warrior wins.

As players journey across the reels, three or more scatters will trigger the Free Spins mode. Here, random features such as the Ardent Symbol can be triggered, a high-paying symbol that has a 100 per cent chance of winning its Wild Fight, therefore becoming a Sticky Wild. If a hero wins their battle, they remain as a Sticky Wild throughout the mode.

In addition, a raven feather can land on the sixth reel, awarding gifts from the Raven Mage such as free spins or cash rewards.

There are two types of Free Spins available, Regular and Tempest, both of which offer huge win potential of up to 18,350x.

“Of Sabers and Monsters brings our much loved ‘battle’ mechanic Wild Fight back to players and for the first time it features on a ways game, with a fantastic theme and huge win potential,” said Yggdrasil head of product and programs Stuart McCarthy.

“With our brave Heroes fighting for riches and glory, we’ve sounded the trumpets and all are welcome to take up arms in this epic battle.”