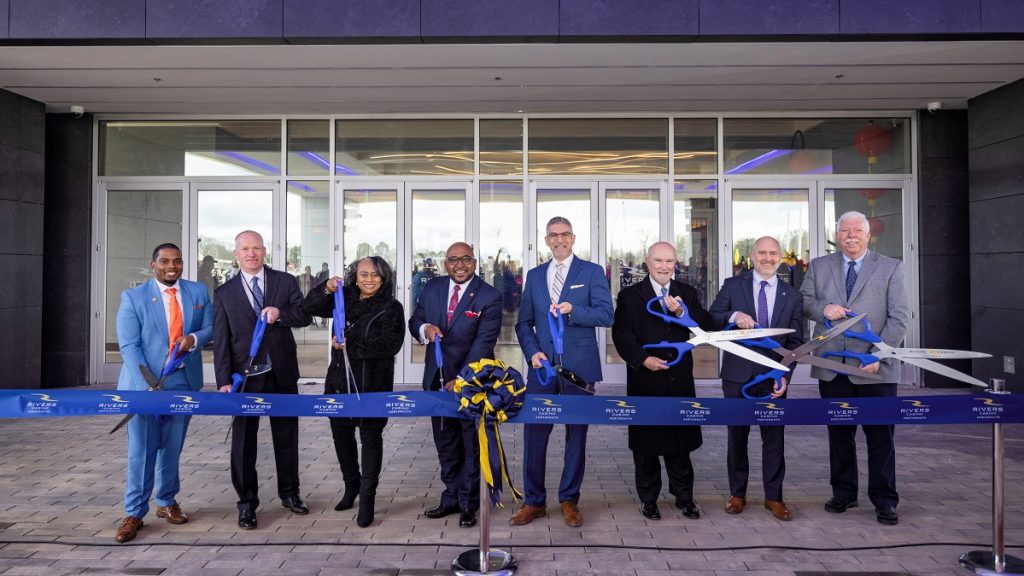 Rush Street Gaming has entered its fourth US gaming market after officially opening the doors on its new Rivers Casino Portsmouth venue, the second casino to begin operations in Virginia.

Representatives from Rivers Casino Portsmouth, Rush Street Gaming and the City of Portsmouth cut the ceremonial ribbon at the casino’s grand opening on Monday.

“We’re excited to join such a vibrant community and to unveil this beautiful entertainment venue for all to enjoy,” said Tim Drehkoff, CEO of Rivers Casino Portsmouth and Rush Street Gaming. “We’re grateful to the community and to our Team Members for their support, and we’re looking forward to launching this strong economic engine for the region.”

At the ceremony, Rivers Casino Portsmouth was presented with its official casino operator’s license by Gina Smith, deputy director of gaming compliance at Virginia Lottery.

“We’re here to serve the community, our guests, and our Team Members,” said Roy Corby, general manager of Rivers Casino Portsmouth. “We’ll accomplish that mission by creating a stellar guest experience and becoming the entertainment destination of choice for Portsmouth, Hampton Roads, and visitors to our area.”

The Hard Rock Bristol Casino has had the Virginian market to itself thus far, generating gaming revenue of $14.9m in December.

GAN to power WynnBet in Massachusetts and future US jurisdictions