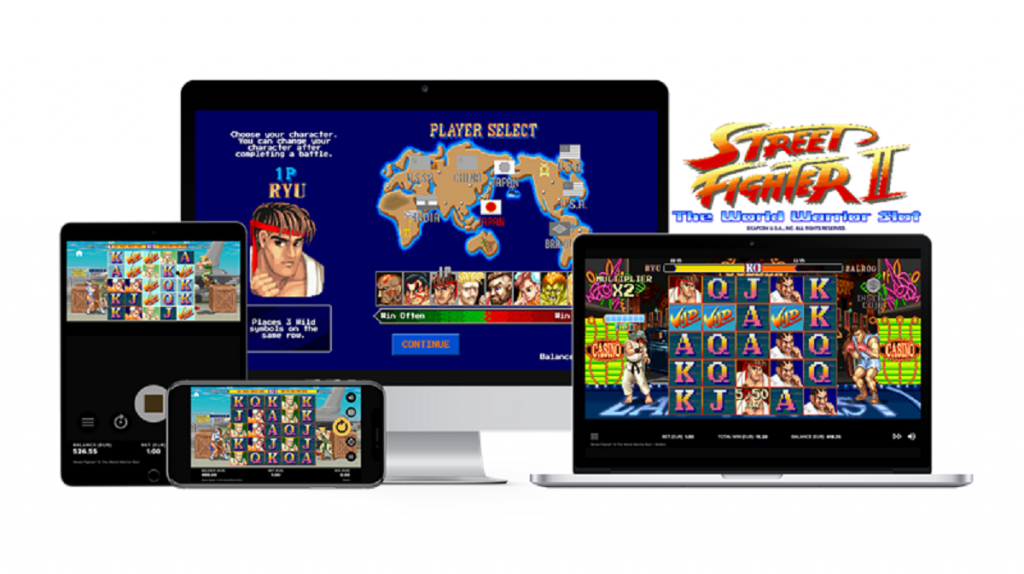 Transforming the best-selling arcade game from Capcom for online slot play, the new game features a cast of eight original characters ready for combat. The 5-reel, 5-row Cluster Pays slot emulates the battle mechanics of the original title by pitting the player’s chosen character against opponents and letting the reels decide which fighter is victorious.

Winning combinations determine how much damage a character receives, and each battle continues until one fighter runs out of health points. Losing players can then redeem their honour, and win some cash, in the Car Smash Bonus Game, while those who win trigger the multi-level Beat the Bosses Free Spins and take on four recognisable bosses with a Multiplier increasing at every level.

Players who defeat all four of the bosses are crowned the World Warrior Champion and are awarded with an extra prize.

“In developing Street Fighter II: The World Warrior Slot we felt a huge responsibility to ensure our slot game lived up to the iconic 90s original – a videogame which has continued to entertain fans for almost 30 years,” said NetEnt director of games Bryan Upton.

“Authenticity was critical factor to the design of this game, from the arcade-inspired art and sounds to the game mechanics, as well as the Beat the Bosses and Car Smashing bonus rounds. We designed the game to fuel players’ nostalgic competitiveness throughout the gameplay. We are immensely proud of the end product and we hope players all over the world appreciate it.”

Shares in NetEnt AB (STO:NET_B) were trading down 1.85 per cent at SEK37.20 per share in Stockholm Thursday morning.

NetEnt goes live with The Cordish Companies in Pennsylvania

NetEnt to supply DraftKings in Pennsylvania and West Virginia