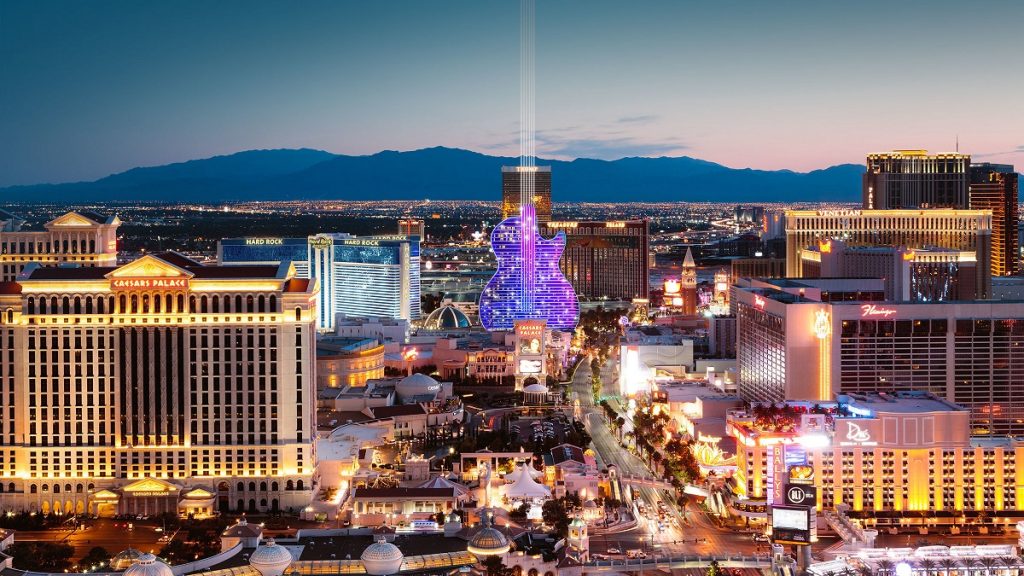 Hard Rock’s acquisition of The Mirage gained regulatory approval Friday, with the operator assuming control of the venue from MGM Resorts on Monday (Dec. 19).

The 3,044-room casino resort will continue to operate as The Mirage Hotel & Casino until the renovation and rebranding of the property to the Hard Rock Hotel & Casino Las Vegas is complete, with that process expected to extend to several years.

“We are excited to create an integrated resort on The Strip that will make this legendary entertainment community proud.”

Hard Rock International plans to reimagine every aspect of the resort and change the Las Vegas skyline with the addition of a Guitar-shaped hotel tower adjacent to Las Vegas Boulevard, with details of the reimagined resort and development timeline expected to be announced at the end of 2023.

VICI Properties owns the real property associated with The Mirage and has entered into a triple-net lease agreement with Hard Rock under which the company will pay an initial annual rent of $90 million over an initial 25-year term.

“We are excited to host Hard Rock as they establish their presence on the Las Vegas Strip and believe their addition to the operator roster in Las Vegas further enhances the attractiveness of the market for consumers,” said John Payne, president and chief operating officer of VICI Properties.