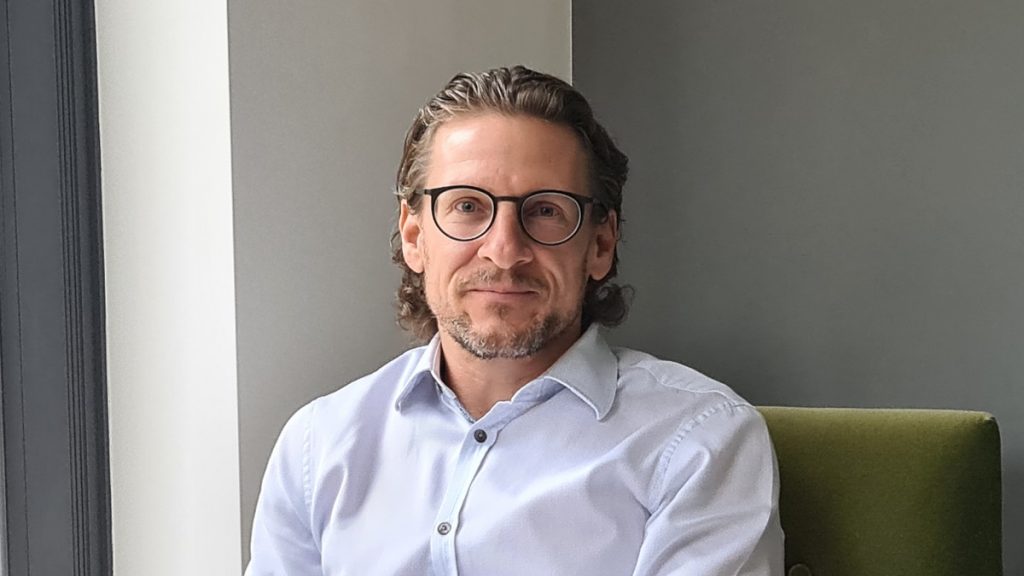 After decades spent at IGT, GTECH and Scientific Games, launching a start-up was a whole new experience for industry stalwart Leigh Nissim. But his data science company Future Anthem is one of the sector’s fastest growing start-ups

Data science company Future Anthem is looking to break new ground. Its relationship with Gamesys, Blueprint Games and Roxor Gaming, announced last week, is taking a deep dive into the data behind online casino gameplay and studying whether games themselves can lead to dangerous gaming habits.

Future Anthem’s data scientists expect the project to have some groundbreaking and eye-opening results. When the Betting & Gaming Council (BGC) introduced its new Game Design Code in September last year, it promised to work with stakeholders to ensure the Code evolves with changes in technology. This is exactly the sort of project that it would have had in mind.

Anthem founder and chief executive officer Leigh Nissim says there has been a lot of research focused on players and the harm that can be caused by gambling, but little research into the links between games and player harm, an area that Nissim plans to further explore in 2022 with additional focus on game features and safer product design.

The project extends the relationship between Anthem and Gamesys, which has been building since Future Anthem was just an idea that Nissim was floating with respected contacts just two-and-a-half years ago.

“When researching the opportunity to set up Future Anthem, I met with Gamesys (now Bally’s) CEO Lee Fenton,” explains Nissim. “Whilst he was positive on my overall plan for the business, he said his three most important bits of advice were: RG, RG and RG. We listened and it became a core part of our commercial DNA.”

Since those early soundings in 2019, Future Anthem has blossomed into a trusted source of data driven products for the likes of Betfred, Big Time Gaming, Entain, Flutter, Eyecon, Blueprint, Quickspin and others. For a company so young, the client list is impressive. But what exactly is Future Anthem doing to impress these tier one customers?

“At our core we are specialists in game data,” answers Nissim. “We call it game data science. We use AI and machine learning combined with cloud technology to analyse and predict player behaviours when they are gaming.  Everything we do is designed to improve the player experience for everyone.”

Extending Fenton’s three words of wisdom, responsible gambling is just one aspect of the AI technology platform that Future Anthem has built to help operators and suppliers to exploit the masses of data at their fingertips.

“We call our AI technology platform Anthemetrics,” says Nissim. “It has three key aspects and outcomes: personalisation, safer play and Anthem Amplifier, a tool to help operators and studios get the most of their games and to help manage the games portfolio.”

“We do as much of our work in real-time as possible. The personalisation feature, for example, recommends games to players in the lobby, CRM and can also extend to while they are playing games.”

The ability to analyse and react to a player’s gameplay in real-time is huge – not only can Anthemetrics predict session exit and churn quickly, it can also detect changes in players in-game behaviours – aspects such loss-chasing, erratic play etc. “We often pick it up earlier than the operators and faster than traditional practices.” notes Nissim.

The Future Anthem chief executive brings a wealth of experience in the industry going back to the early days of online bingo and casino pioneer St Minver, which was acquired by GTECH (now IGT) back in 2008. He ended up working for both of them when they merged, and subsequently with Scientific Games when acquiring NYX among others.

“My observation when leading IGT and SG’s interactive divisions is that slots produce a lot of data but nobody has really been able to listen to that granular game data to drive design decisions and actions that improve the player experience,” says Nissim. “I think that’s largely because game design is a creative process.”

He is not just talking about the creativity apparent at games studios. Operators are strong marketeers, focusing on vital aspects of the player lifecycle - player recruitment, managing player churn and more – yet their player orientation has often meant that they’ve spent less time managing the thousands of games that they publish to players.

All of these are important roles but Nissim believes that neither studios nor operators have been great at using data to manage their games portfolios or understanding players’ personal preferences to drive one-to-one experiences.

“I’m not saying that operators don’t use their data very well,” Nissim emphasises. “Most operators are very player-oriented. They look at the player journey. That is their lens. We are coming with a different lens. We are looking at bets, spins and gameplay in casino - our data orientation is game-specific, listening to data for signals on player and game behaviours.”

From those initial early soundings at ICE in early 2019, the concept quickly became a reality when former Rank Group data scientist Chris Conroy joined in September. While Nissim’s contacts were often enough to get a foot in the door, it was Conroy’s experience at the sharp end of operations that provided additional focus on personalisation and responsible gambling.

In October, the first version of the platform was piloted with leading games developer Eyecon and quickly expanded to early adopters at Paddy Power Betfair.  Conversations at ICE 2020 came to fruition during the year of Covid-19. The likes of Gamesys, Big Time Gaming and Quickspin and Betfred soon became clients. The journey has continued, with additional clients along the way.

“Blueprint Gaming was one of my main target clients when launching Anthem because their games are so popular with great features, brands, jackpot and promotional features,” says Nissim. “I’m proud that they have recently decided to come on board after they saw the work we did on their games with Flutter.”

Now the company has 15 clients and 10 data scientists, who have analysed over 35 billion spins across 21 million players and 70 million player hours in 2021.

“A lot of companies are at different stages of their data journey and want to work with us as a key AI and data product provider to guide them through it,” says Nissim. “We’ve designed our AI platform to be flexible and scalable, working best when we’re engaged with the data teams of our clients to help them tackle areas of opportunity or challenge in gaming.”

Nissim acknowledges that operators and suppliers have different angles but both can benefit from exploiting their game data better.

“They are two sides of the same coin,” he continues. “Everyone wants to know how to launch games better, for example.  We tackle important areas such as these from a position of strength - great technology with a deep understanding of both operators and studios.  This gives us an independent and privileged view that improves the launch process for both parties, and their players too.”

The CEO also believes studios have a bigger role to play in safer play. The BGC Game Design Code is just a starting point. Nissim is convinced this work will continue and is committed to facilitating this process with data and technology at the centre of Anthem’s approach.

The next frontier will be the US market. Betway’s exclusive partner for the US, Digital Gaming Corporation (DGC), became Future Anthem’s first US-focused client.

“Our teams are working really well together as they understand the importance of using data in game design, placement, promotions and player engagement, plus they’re keen to stand out when servicing US operators,” says Nissim.

The US is only beginning its iGaming journey and Nissim freely admits that his young company is also at the beginning of its journey. He says it has been incredibly hard starting a new business but the rewards have been surprisingly quick to reveal themselves.

“There are a few things that you might not expect when you when starting a new business – like the administrative burden of setting up a company, payroll, insurance etc, or the intensity of your work days juggling sales, finance, team and product all at once, and remotely too.”

He goes on to talk about the highlights too: “Building a team and technology from scratch is exciting. We’re not saddled with legacy and have been free to create a culture that works for everyone, both in how our team’s work and offering an environment for innovation. It feels like a breath of fresh air.”

“Sometimes I ponder whether our progress is down to luck, timing or good planning,” says Nissim. With 35 billion spins analysed and fast progress with clients and products, it feels like there will not be much left to luck in the future.

Join our free webinar: Using data science to reveal the truth about slots and harmful play

Join our panel of experts as they present the results of groundbreaking research into the links between markers of harm and casino games.