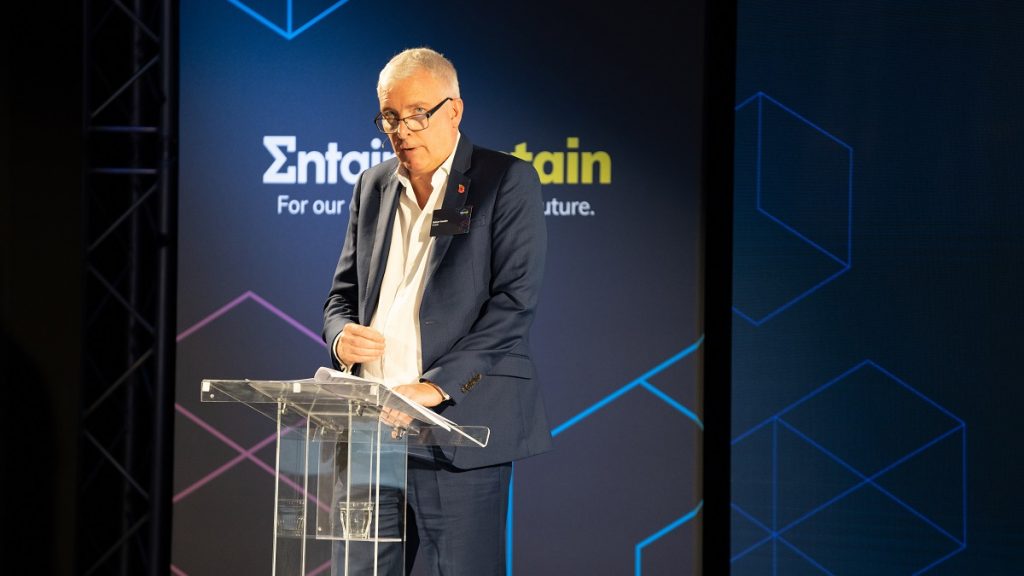 Among all the environmental, social and governance measures announced at the Entain Sustain conference this week, there was a noticeable change in tone towards the UK government, which is mulling re-regulation of the gambling market. It is a slightly more assertive tone - one that a battle-scarred industry has shirked in recent years.

Chief governance officer Rob Hoskin warned: “As betting and gaming regulation ratchets up in the UK, we have seen a small but disturbing increase in the prevalence of black market play.”

The UK has a new gambling minister, Chris Philp, but for those of us who have been around the market a little longer, the threat of the black market is a familiar refrain heard whenever operators are concerned about new regulations.

“The black market is a real threat,” Hoskin told Gaming Intelligence after his speech. “We are worried. And I know that other operators are worried.”

He pointed to the lack of logic in France’s ban on online casino gambling, which has resulted in a flourishing black market, but also in Sweden’s recently re-regulated market, where restrictions on operators mean they cannot compete with unlicensed sites. The chief governance officer also noted how the hugely sophisticated law enforcement agencies of the US and China have been unable to stop online gambling.

“The cause and the effect are indisputable,” said Hoskin. “It is one size fits all, unsophisticated regulation driving absolutely safe customers towards the riptides and rocks of the black market.”

Hoskin’s speech served as a prelude to a panel discussion on striking the right balance between freedom and regulation in the betting and gaming industry.

Panelist Dan Waugh of Regulus Partners said: “We are somewhat losing the plot in this country. I’m not sure we know what success is anymore and the UK Gambling Commission certainly doesn’t. We are losing the focus between those who are genuinely at risk and those who lose control occasionally. It is the difference between someone with an alcohol dependency and somebody who occasionally wakes up with a hangover.”

Hoskin stated his belief that Entain’s new Advanced Responsibility & Care Programme (ARC) is a viable alternative to “poor regulation that takes away the rights of people to do as they choose. One that takes a heavy-handed approach to checks, limits, and ultimately play.”

ARC is an artificial intelligence tool that has been developed to spot players who are showing signs of developing risky play. It has just completed trials and is being rolled out to all of Entain’s UK platforms during the coming quarter. That will be followed by all international markets at the beginning of next year.

Hoskin said that during ARC’s trials, 91 per cent of high risk customers moved to medium or low risk following interventions. He accepts that leaves 9 per cent who are not and he did not have figures on how many customers quit as a result of these interventions.

“We will lose some customers,” he admitted, “at least until they get used to this more sophisticated interaction. But I think 91 per cent is a dream level of engagement.”

The interactions need to be handled delicately by staff or players will simply leave for less interventionist operators.

While the likes of Sky, 888 and Entain have begun to thrive on the recreational player model, there are legions of other operators, which survive with 100 players spending £100,000 a year, which is where we get into the thorny issue of affordability and VIPs. Hoskin said he is aware of black market operators seeking out lists of VIPs to market to directly.

As well as interventions, the ARC platform offers players a portfolio of tools to effectively self-manage their spending. Hoskin said there is evidence that players will use these tools if they are made easily accessible.

Aside from what players can afford, can smaller operators afford ARC-style technology?

Hoskin says that he cannot just give operators the ARC code because it is embedded in Entain’s proprietary technology but he would be happy to invite any operator in to discuss how they can develop their own systems.

For Waugh at Regulus Partners, it all comes back down to customer service. The online gambling industry has a poor record with customer service. Indeed, you just need to look at some of the patronising and sometimes insulting advertising that tends to depict customers as idiots.

“We need to focus on all customers and not just harm protection for a minority,” said Waugh. “This needs to be a central part of your commercial strategy, not just a card that gets you out of jail. In every other industry, customer intervention is a positive thing. In our industry, somehow it has become a negative thing.”

Paul Buck, a former gambling addict and CEO of EPIC Risk Management (which helped develop ARC), told the audience that there is no silver bullet to solve gambling addiction but that the keys to tackling it lie in affordability and early interventions.

In October, the Gambling Commission released figures that showed a 50 per cent decline in problem gambling to just 0.3 per cent of the population. Hoskin said this was no coincidence - operators have been working hard to address this issue.

“With ARC, it is a bespoke process. If we can get this right and prove it works, it reduces the need for regulators to put in place vanilla limits that don’t respect individual players.”

If UK operators are taking a slightly more assertive tone towards the government, then perhaps it is because they feel on the verge of tackling the issue of problem gambling and don’t want the government to screw it up.

Pariplay continues US expansion with BetMGM