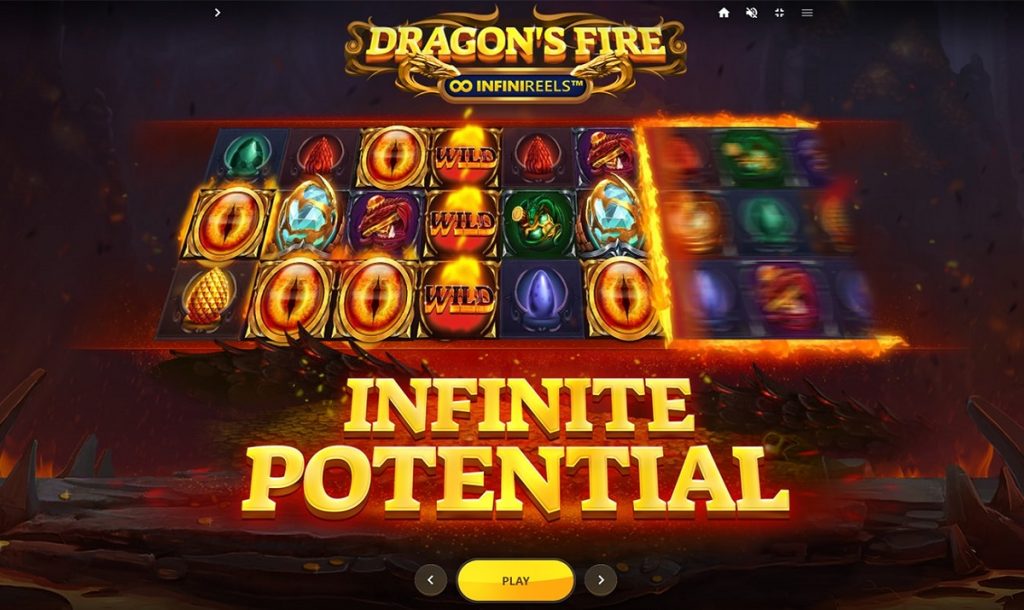 The 3-reel, 3-row slot is set in an atmospheric dragon’s lair, where each win presents players with a new reel on the right side of the locked reels for the next spin, cranking up the atmosphere and multiplying the number of bet ways by three each time from the starting number of 27.

The Fire Egg feature is activated when a Scatter symbol reveals a multiplier that applies to all wins, while Three Dragon Spins Scatters on the initial three reels will launch eight Dragon Spins, after which only one randomly selected symbol will land on the reels.

“We are looking forward to players sampling the thrill of InfiniReels in this new adaptation perfectly crafted to fit the Dragon’s Fire series gameplay features that slots players already know and love.”

Shares in Evolution Gaming Group AB (STO:EVO) were trading higher by 1.48 per cent at SEK1,099.00 per share in Stockholm Thursday morning.