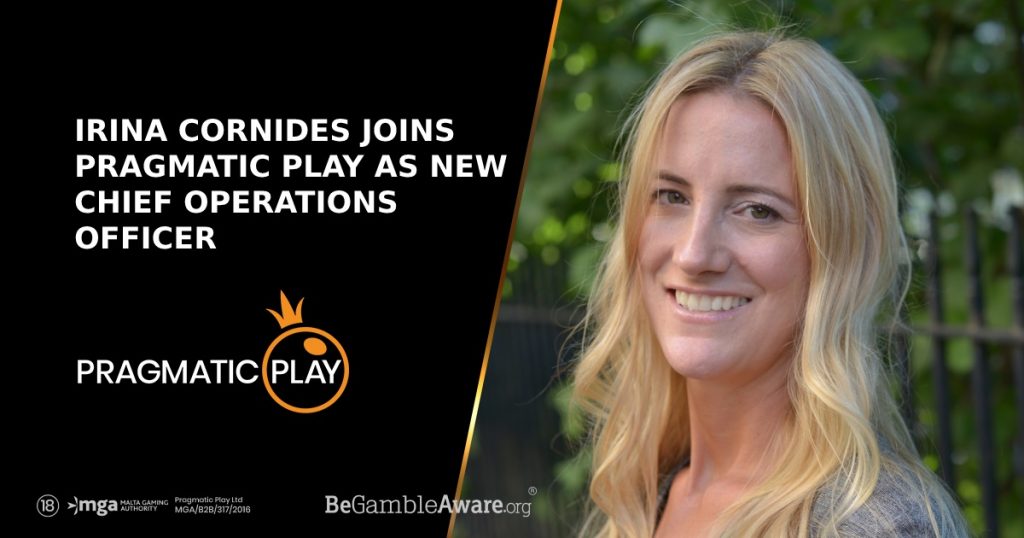 Cornides has over a decade of experience in the iGaming industry, most recently serving as chief commercial officer for Asia at Gamesys (now Bally’s), where she led the fastest growing division within the business.

She served at Gamesys (previously Intertain) since 2014 following the company’s acquisition of Mandalay Media Group, where she held the role of managing director.

“We created this role as part of the next phase in our expansion journey and sought out Irina for her impressive growth track record,” said Pragmatic Play CEO Julian Jarvis. “We are confident Irina's accomplished experience will help successfully guide the company to new heights."

Commenting on her appointment, Cornides said: “I am delighted to be joining such a talented team; I've long admired Pragmatic Play’s meteoric rise and saw first-hand how much players and operators alike love their games.

“I look forward to bringing my expertise to the team and working together to make Pragmatic Play into an even bigger success story.”

Cornides is one of a limited number of senior iGaming executives to have featured in the Gaming Intelligence Hot 50 twice – in 2020 while at Gamesys and in 2016 as chief revenue officer of Intertain.