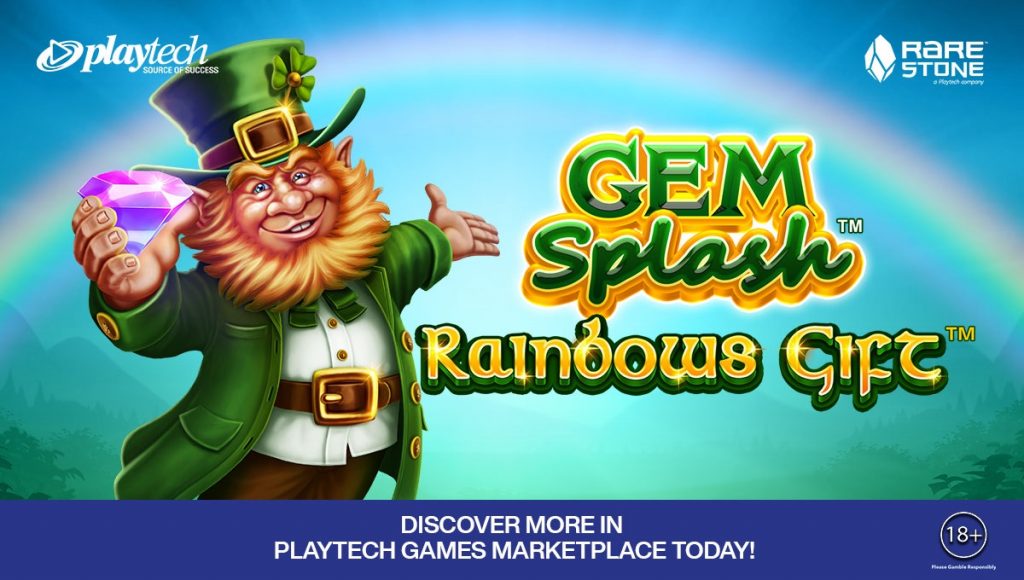 Playtech’s Rarestone studio has launched the second game in its new Gem Splash series of slots with the release of Rainbows Gift.

The 5x4 slot sees gems with cash and jackpot prizes persistently drop onto the reels from above. When a falling gem lands on a target symbol, the prize is paid and the gem’s value increases.

“In the free games, the reels grow by three rows, providing plenty of opportunities for dropping regular and large Gems to pay.”

Spearhead Studios’ Book of The Kings

EveryMatrix-owned Spearhead Studios has released its latest game to feature popular character Lara Jones with the launch of Book of The Kings.

“Lara Jones is our most beloved character. Book of the Kings is following her adventures in the auspicious subterranean tomb of the ancient pharaohs, decorated with rich stone carvings, golden flourishes and eternal flames of long-lost spirits,” said Spearhead Studios game development director Kevin Corti.

“The world comes to life when the bonus game is triggered, leaving the player in no doubt that they are now battling with the Egyptian spirits in a mission to discover their secret riches.”

Green Jade Games has expanded its suite of Knock Out (KO) slot games with its second release in the series, Gladius K.O.

“Our KO suite of games are proving to be super popular with players especially in Germany, Netherlands and the UK,” said Green Jade Games chief commercial officer Mark Taffler. “Each features our patented Skill Balance Pot, whereby if there is a win to be had and the player doesn’t take it, it goes back into the game meaning more riches on offer for the next intrepid player.

“With a focus on entertainment and storytelling, Gladius will really push the boundaries of slot gaming, offering players the captivating experience they desire and operators next level retention powers.”

“Raccoon Tales is a thrilling new addition to our growing portfolio, which takes players on a multi-layered quest that delves beneath the earth’s surface into a realm where Monsters and Dragons dwell,” said Evoplay Entertainment CEO Ivan Kravchuk. “For those brave enough to enter the cavernous depths with our fearless raccoon, the prizes on offer are certainly worth the journey.”

Play'n GO has launched its latest slot title Golden Ticket 2, a sequel to the supplier’s popular game first released in 2014.

“We have so many games beloved by players across the world, and Golden Ticket is one of those,” said Play’n GO chief product officer Martin Zettergren. “We wanted to bring the fun and excitement that make it such a special title to whole new audiences, while also giving its original fans a new experience of their favourite game, by adding new elements for them to enjoy.”