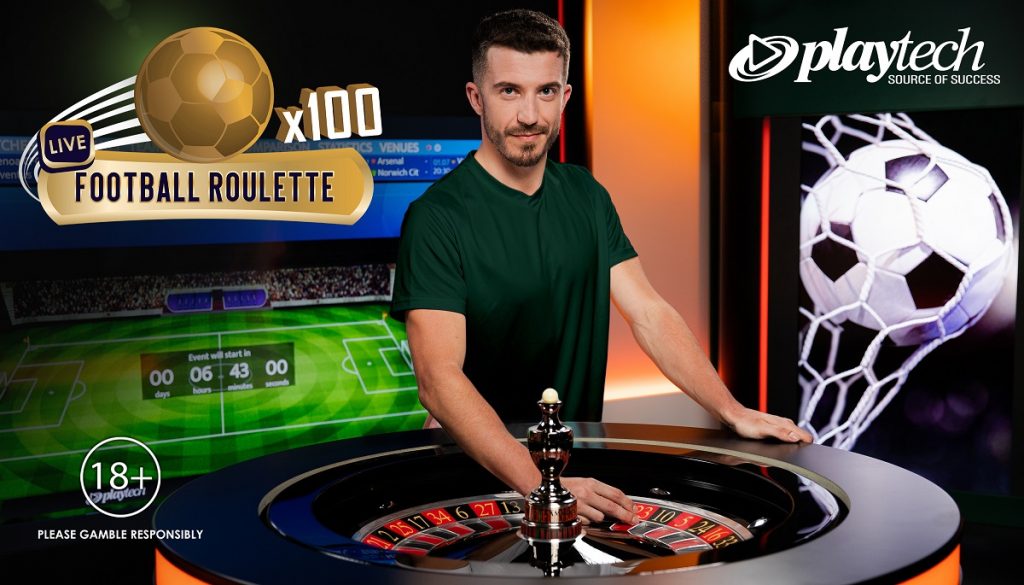 Originally launched in 2018 as Football Weekend Roulette, the game’s coverage was expanded to cover all major football activity, including the Champions League, throughout the week.

The game has been relaunched by Playtech’s new Let’s Play studio, which has been designed as a dedicated sports-themed environment that will play host to a wide range of sport-led content throughout the year.

Live Football Roulette also features a new Goal Side Bet, which gives players roughly a one in seven chance of winning each time they play the feature.

“Live Football Roulette has grown from being a promotional table to one of our most popular games throughout the year, so we know players will be very excited by this newly enhanced version,” said Playtech Live CEO Edo Haitin. “Football is, after all, known as ‘the beautiful game’, so here at Playtech Live we felt it deserved a studio to match. The gameplay has received an important boost too, with the new Goal Side Bet feature offering an engaging, innovative twist, with the enticing prospect of that potential 100x win.

“Of course, what’s still at the heart of Live Football Roulette is the newsfeed, stats and dealer commentary, all of which allow players to keep up with the action on the pitch alongside the excitement of the roulette game.”

Haitlin described Live Football Roulette as one of the supplier’s most successful Sports and Live Casino crossovers, offering compelling content for sports bettors and a highly effective cross-sell tool for operators.

“The specially designed Let’s Play studio also creates a wide range of possibilities to deliver seasonal and bespoke content across a variety of Sports, based on operator and market demands,” he added.

Shares in Playtech plc (LSE:PTEC) closed 0.97 per cent lower at 365.70 pence per share in London Wednesday.