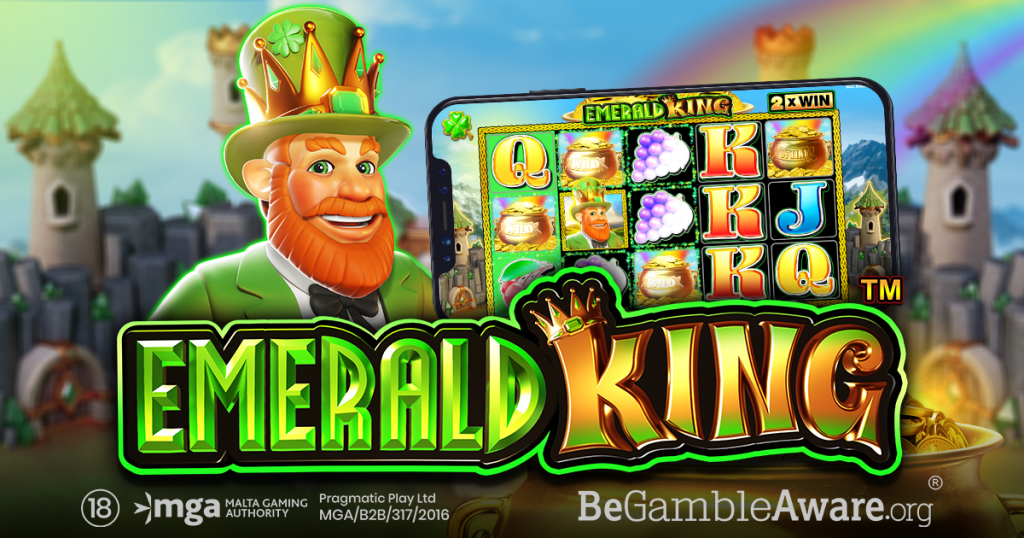 The 20 payline slot features a master multiplier feature, which affects all wins in any current game when the multiplier is active. The multiplier increases when a spin doesn’t payout and a chance has passed, meaning players can win big at any moment.

“Emerald King is an exciting new addition to our slot games and one that has been possible due to our strong relationship with Reel Kingdom,” said Pragmatic Play chief commercial officer Melissa Summerfield. “Their highly volatile games add a completely new dynamic to our portfolio, and we can’t wait to see how this is received by our fans across the world.”

RubyPlay has expanded its slots portfolio with the release of Dr. Frankenstein.

“We are exceptionally excited about the release of Dr. Frankenstein, and believe it has our best graphics and sound to date,” said RubyPlay chief operating officer Ittai Zur. “There are two main features which are random wilds and a random multiplier, and the excitement really comes when both happen at once.”

Yggdrasil and YG Masters partner AvatarUX have launched CherryPop, a 5x3 slot that sees winning spins expand the reels up to a full 5x9.

“Our YG Masters program continues to go from strength-to-strength and our partnerships have never been stronger with members.”

AvatarUX managing director Marcus Honney said: “CherryPop takes our mechanic and adds a thrilling theme with impressive win potential, and we can’t wait to see how it is received by operator partners across the globe.

“Since joining the YG Masters program, we’ve been able to focus purely on our game design which has led to our Popwins titles becoming very popular throughout Yggdrasil’s distribution network. The end-to-end integration through GATI has been effortless, and with a record fast implementation. GATI is the studio developers dream.”

Black Pudding Games is preparing players for lift off with its new intergalactic themed slot Aeterna, which will be distributed on 1X2Network’s RGS platform.

“We are delighted to finally release Aeterna into the wild,” said Black Pudding Games co-founder Nathan Howes. “We have set out to “do different” in this competitive market and have found a kindred spirit in 1X2 Network to realise our idiosyncratic vision.

“Aeterna really does provide players with a heavenly experience, especially when played from mobile, and we can’t wait for it to launch network wide next week.”

1X2 Network chief commercial officer Kevin Reid said: “Aeterna is a truly mind-blowing game and the Black Pudding Games team should be incredibly proud of what they have achieved.

“We are thrilled this game was developed on our RGS and that we have been able to seamlessly distribute network wide via the extensive distribution we have created on our platform.”

Microgaming is taking players to the African plains in the latest slot developed by Slingshot Studios.

The 243 ways-to-win game is packed with features, including the Wild Blast multiplier trail, while its Rolling Reels mechanic sees stone symbols explode as monolithic beasts thud down the reels, resulting in multiple possible winning combinations from a single spin.

iSoftBet’s Pharaohs in Kings of Gold

iSoftBet is taking players on a quest to search for ancient Egyptian treasure in its latest slot Kings of Gold.

“Kings of Gold takes a classic theme and adds a thrilling iSoftBet twist with the In-Sync feature during the bonus round,” said iSoftBet head of games Mark Claxton. “If all five reels sync up, players can win huge sums, while the Hold & Win mechanic is another fan-favourite which has performed exceptionally well for us during 2020.

“We endeavour to make our offering as diverse as possible and in Kings of Gold we believe we have another title which will appeal perfectly to our ever-growing player base.”

OneTouch has expanded its portfolio with the release of sports-themed slot MVP Hoops.

“We’ve left it all out on the court in the newly announced dynamic slot title, MVP Hoops,” said OneTouch head of marketing Ollie Castleman. “With a cutting-edge bonus feature, an inviting theme designed with sports fans in mind and the chance to get massive wins on the score board, we have no doubt that it will prove a hit.”

Play’n GO has released its latest slot title Rabbit Hole Riches, a new take on the classic Alice in Wonderland story by Lewis Carroll featuring the White Rabbit and his famed pocket watch.

“There’s plenty for players to enjoy in Rabbit Hole Riches; from distinctive sound and design through to several great features, tied together by a wonderful story,” said Play’n GO chief product officer Martin Zettergren. “There’s so much here to discover; players are going to be revisiting this one over and over again.”

“We’re proud to have been chosen by Kindred to create this dedicated game and are confident the slot will be a big hit with their players, giving us a strong start in the Swedish market,” said BF Games CEO Piotr Szpoton. “Based on a proven math model with added twists, Star Settler is set to reach new heights in terms of engagement as winning potential rockets throughout the intergalactic adventure.”

Kindred casino manager Marcin Kalbarczyk added: “It was a truly exciting experience to work with such talented team as BF Games. We are extremely happy with the outcome of this collaboration and we believe that Star Settler will continue to perform very well across all Kindred Group brands.”

“Retro artwork paired with high-end modern features is a winning combination - and we’re confident players will love making the switch to Telly Reels,” said Wazdan head of sales Andrzej Hyla. “It joins a stable of great content that is now in demand around the world from operators and players alike. I would urge both to tune in for more in the coming months.”

Live5’s Cleopatra Queen of the Desert

The 5x4 reel, 10 payline slot is available exclusively to William Hill’s online players before a network-wide release on 21 October.

“The team has done an incredible job with Cleopatra Queen of the Desert, taking a popular theme and giving it the unique Live5 treatment to create a truly compelling game that will keep players engaged and entertained,” said Live5 CEO Lloyd Butler. “As with all Live5 slots, the production value is of the highest quality and our design team has really captured the spirit of ancient Egypt through the graphics and illustrations used in the game, from the backdrop to the individual symbols and buttons.

“Of course, the math and mechanics of the game have also been designed in a way that ensures players can feel the power of the pyramids and the anticipation of exploring them as they seek out treasures and big wins of their own.”