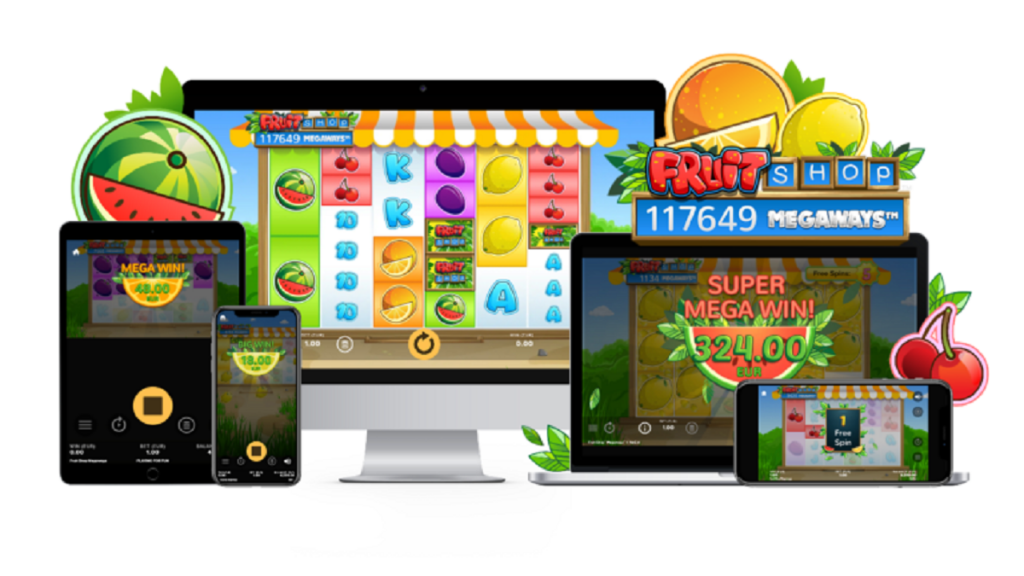 The new 6-reel slot is an upgraded version of one of the supplier’s most popular slots, packed with Free Spins and Multipliers and taking the gameplay of the 2011 hit to a whole new level with the Megaways payout mechanic.

During every spin in the main game and bonus round, the number of symbols landing on each reel is randomly chosen, resulting in a varying number of Megaways up to 117,649.

“Taking the simple fun of a timeless fruit-themed slot and adding the Megaways mechanic is a stroke of genius, making for a game that players will love,” said NetEnt games director Carl Ejlertsson. “Fruit Shop Megaways offers the perfect blend of features to appeal to a broad player base, loaded with Free Spins and a winning potential to maintain excitement with every spin.”

The game is available on general release following an exclusive launch with Betsson last week.

“NetEnt games have a deserved reputation as being among the best you can play, and the addition of Megaways to titles like Fruit Shop is proving an irresistible combination,” said Betsson Group commercial director of gaming Ciara Nic Liam. “We’re thrilled to have been the first operator to go live with Fruit Shop Megaways and the early signs are that it’s going to be another slot sensation.”

Shares in Evolution Gaming Group AB (STO:EVO) were trading 3.10 per cent lower at SEK814.00 per share in Stockholm Thursday morning.