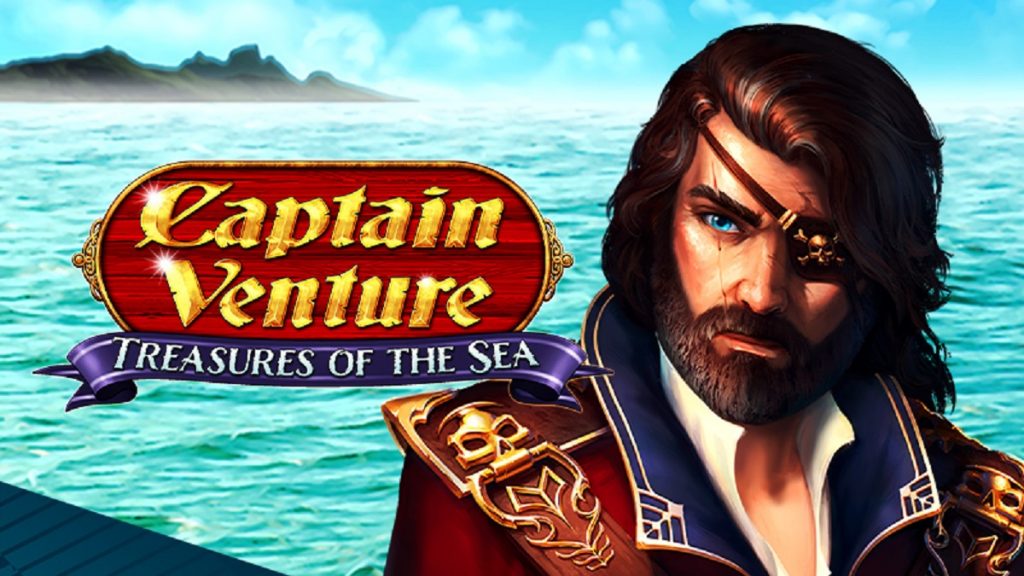 This week’s games round-up from Gaming Intelligence features the likes of Greentube, BF Games, Playtech, Pragmatic Play, Quik Gaming and ThunderSpin, among others.

Greentube has expanded its Home of Games portfolio with the launch of Captain Venture: Treasures of the Sea

“This sea-farers delight has a treasure-trove full of extra features to make a pirate’s heart beat faster, with modifiers that increase winning chances, a Free Spins feature with a win multiplier and the X Marks in the Slot Re-Spins feature which can multiply wins by up to 3 times,” Greentube said. “Hoist the sails and plot a course for these action-packed reels.”

The 5-reel, 3-row slot takes players on an intergalactic journey and features cosmic symbols such as planets, astronauts, spaceships, probes, artifacts and meteors.

“Star Settler is a thrilling feature-packed title that is sure to have players coming back for more,” said BF Games CEO Piotr Szpoton. “The game has already proven successful with Kindred’s customers and we are excited about this global launch and offering even more players astronomical entertainment coupled with meteoric win opportunity.”

Playtech’s Age of the Gods: Book of Oracle

Playtech’s Ash studio has released the latest title in the Age of the Gods series of games.

In the 3x5 slot, symbols that appear in the book expand and pay as Scatter on every main game spin. Players can collect symbols from the book in Free Games for multiple expanding symbols with Scatter pays on each spin for heavenly wins.

“Combining the appeal of the Age of the Gods series with a timelessly popular magical theme, Book of Oracle is set to be an instant classic,” said Ash head of maths Ian Edwards. “The game’s innovative and engaging mechanic - especially the symbol collector feature of the Free Games round - is sure to appeal to experienced players looking for big wins and, with the cross-sell potential of the Age of the Gods brand, we know Book of Oracle is a title with a potentially huge audience.”

In the 7x6 game, three or more Scatter symbols trigger the Free Games Feature, where players are confronted with a wheel which awards both the number of Free Spins and the starting Multiplier for the Bonus Round. All wins achieved in the Free Spins mode are multiplied by that awarded number.

“Madame Destiny Megaways takes one of our most exciting titles and reinvents it, adding new features, Megaways and more as players enjoy the next instalment in the Madame’s mystical world,” said Pragmatic Play chief business development officer Yossi Barzely.

“Our portfolio continues to grow in diverse ways and upgrading our existing content has allowed us to reach more players and generate engaging gaming experiences.”

iSoftBet is taking players under the sea in its latest Megaways title, Neptune’s Fortune Megaways.

“Journey to the realm of the Roman God of the seas in our latest hit, Neptune’s Fortune Megaways,” said iSoftBet head of games Mark Claxton. “Packed full of features and incorporating thrilling Megaways mechanics, any trip to the depths can see players return to land laden with wins.

“Our mission is to create amazing gaming experiences with our partners and their players at the heart of everything we do, and we have taken this to another level with our range of Megaways games in the last 12 months, listening closely to what players want and presenting them with a series of new and exciting visuals, features and mechanics within every iSoftBet release.”

“We’re continuing to hit the ground running in 2021 by launching Tomb of Dead, the latest Blueprint title to feature Power 4 Slots that promises an exciting gameplay,” said Blueprint Gaming director of marketing and relationships Jo Purvis.

“Since launching the concept last year, the mechanic has become a real hit with a wide range of players. This latest creation will be hugely appealing to Free Spins fans and those who simply love an Egyptian-themed slot game.”

“With the tremendous response we have seen to the release of Eagles Blackjack, we are thrilled to be able to deliver a second sports-themed game to the Pennsylvania market, this time within the slot category,” said Unibet vice product of product US Jonathan Aiwazian. “The partnership with the Philadelphia Eagles continues to be a source of innovation and delight to fans and customers of both organizations, and we are excited for what the future holds.”

Philadelphia Eagles senior vice president of revenue and strategy Catherine Carlson said: “When we launched `Eagles Blackjack' earlier this season with Unibet, we were thrilled to see the enthusiasm around it and how quickly Eagles fans responded to the online game experience.

“We are always seeking new and creative ways to connect with Eagles fans throughout the year. We are excited to roll out Eagles Online Slot to fans and look forward to growing our innovative partnership offerings with Unibet.”

FashionTV Gaming Group has rolled out a new 3Diamonds slot game in Italy, developed in partnership with Espresso Games and launched exclusively with Sisal.

“The Italian market has huge potential for us. Fashion, lifestyle and luxury are synonymous with Italy, and we are thrilled to be entering the country with one of its leading operators, Sisal,” said FashionTV Gaming Group commercial director Pamela Galea Preca. “Our partnership with Espresso Games and Sisal has yielded a fantastic new addition to the 'FashionTV Gaming World', and we look forward to working together further to bring the FashionTV-branded luxury line of products to players across Italy.”

Espresso Games CEO Max Rizzo commented: “Since cementing our partnership in June 2020, we have found in FashionTV Gaming Group a partner with clear ideas and an exciting vision. It has been an interesting challenge for us to translate such a huge brand into a unique and imaginative new slot, and we are delighted that Sisal took this game to market.”

“Creating innovative titles is the bedrock of our company and we’re delighted with the addition of Unicorn Reels to our fast-expanding games portfolio,” said Wazdan chief commercial officer Andrzej Hyla. “With a fairytale theme and magnificent Unicorns gracing the title, players will be on the hunt to find as many of the fabled beasts as possible for a chance of winning the Grand Jackpot.”

Quik Gaming has expanded its portfolio with the launch of Lotto Roulette, which features a live lotto draw machine instead of a traditional roulette wheel.

Ahead of next month’s Chinese New Year, ThunderSpin has announced the release of its latest slot Sky Lanterns.

Booongo has expanded its Hold and Win portfolio of games with the release of 3 Coins.

“3 Coins provides players with a classic slot experience with the added twist of Hold and Win mechanics to deliver an entertaining experience,” said Booongo head of account management and business development Yuriy Muratov.

“The creation of 3 Coins brings another dimension to our thriving series of Hold and Win titles, ensuring fans of traditional gaming formats have an opportunity to enjoy the modern mechanics that are very popular in today’s marketplace.”

Realistic Games has expanded its portfolio with the launch of its new 3-reel, 5 win-line slot Take Note.

“Take Note is a classic Realistic Games title – familiar to our loyal fans but offering plenty of engagement to attract the new generation of players,” said Realistic Games commercial director Robert Lee. “The five shots at winning big in the bonus round build anticipation on every offer, making this a slot which is sure to perform strongly for our operator partners.”

Play’n GO’s Lord Merlin & The Lady of The Lake

Play’n GO has released the sequel to its popular Rise of Merlin slot with the launch of Lord Merlin & The Lady of The Lake.

“Our ‘families’ link games together under a recognisable umbrella; players see this and know that they are going to get the same great entertainment as a game they have enjoyed previously,” said Play’n GO chief product officer Martin Zettergren. “However, familiarity alone will not keep players engaged; each game has to bring something different to the table, otherwise what’s the point?”