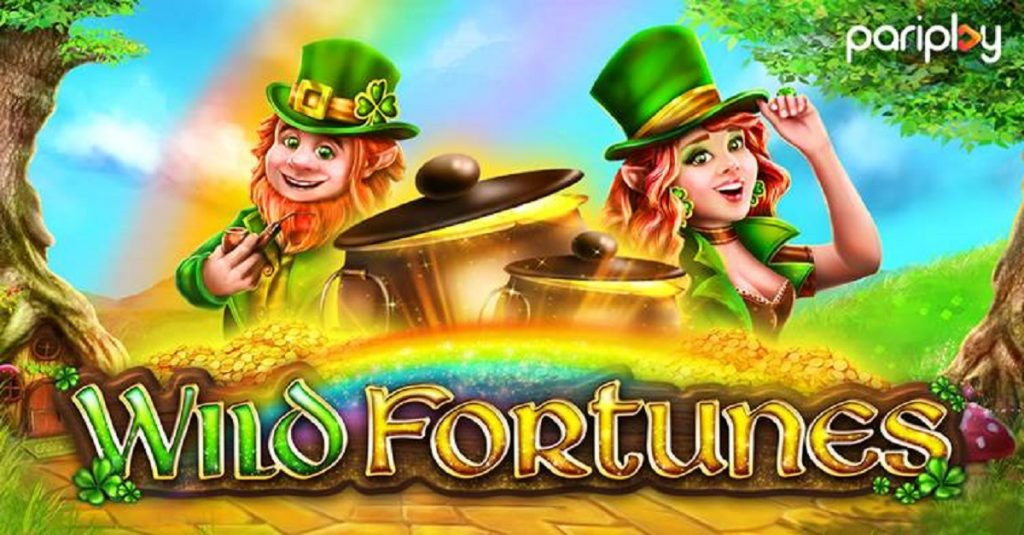 The 5-reel, 3-row slot features two progressive jackpots that can pay out at any time, with the Wild Fortunes feature beginning when three or more Pot O’Gold Scatter symbols land, awarding players up to 190 Free Spins with a multiplier of up to 17 times.

“Wild Fortunes taps into a theme that has endured in popularity with players, giving it a fresh spin thanks to slick and immersive presentation and an enticing feature set,” said Pariplay chief commercial officer Christine Lewis. “The prospect of selecting a huge number of Free Spins in the feature game is one that we know players will find alluring, with the two jackpot levels on offer adding an extra level of excitement.”

The 3×5 slot features 10 paylines and a set of transparent reels that allow players to see all kinds of coral and fish in the background.

Three or more matching Scatter symbols trigger the Free Spins feature, with players able to choose one of two Bonus Round options, Reel It In and The Big Catch.

“Our latest launch draws inspiration from the deepest depths, providing our global audience with a fantastic fishing-themed video slot,” said Pragmatic Play chief business development officer Yossi Barzely. “With charming animations and a unique system that places players at the heart of a subaquatic adventure, Fishin’ Reels brings something new to our library of slot titles. We expect our customers to relish this addition.”

Stakelogic has released the latest title in its classic slot series of games with the launch of Hot 7 Hold and Spin.

“We have built a reputation for designing and developing the best classic slot games in the market and in Hot 7 Hold and Spin we have yet another excellent slot that will appeal to the purist,” said Stakelogic CEO Stephan van den Oetelaar. “While the game may look like a standard classic slot, we have taken the gameplay to the next level with not one but three features.

“In particular, Hold and Spin lets that anticipation build with the middle reel locked and the top paying symbols dropping either side. This really is a great game and makes for a fantastic addition to our suite of classic slot games.”

“Rolling in Gold is a mining adventure slot like no other,” said Blueprint Gaming director of key accounts and marketing UK Jo Purvis. “We’ve taken the classic casino theme and elevated it with new mechanics and features for players to experience.

“The strong gameplay is backed by quality graphics and a fun soundtrack, ensuring Rolling in Gold will prove to be another excellent addition to our ever-expanding games offering.”

Push Gaming has announced the network-wide release of its latest adventure-themed slot Land of Zenith, following an exclusive launch with operator Rootz earlier this month.

“I’m proud to see that the talented team here has done it again with Land of Zenith,” said Push Gaming CEO James Marshall. “It’s a beautifully designed adventure in the clouds taking cues from classic fantasy literature and adding some of our own gaming magic to create a truly modern and engaging slots experience.

“Once players get their hands on it, I’m sure that they’ll have as much fun playing it as we did developing it. It’s yet another hugely entertaining title to add to our content portfolio.”

EveryMatrix-owned Spearhead Studios has released the sequel to its popular Lara Jones is Cleopatra slot game.

“I am, once again, extremely proud of what our team have achieved with this game,” said Spearhead Studios game development director Kevin Corti. “The math model is extremely engaging, the artwork is unquestionably stunning, and the audio captivates players’ attention.

“The Cleopatra Cascade base feature can be very rewarding for players, and the two volatility options provide them with the opportunity to seek out the bonus feature experience they most desire.”

iSoftBet is also getting ready for St Patrick’s Day with the release of its latest Irish-themed slot game Wishing Wheel.

“With St Patrick’s Day just around the corner we’re thrilled to launch Wishing Wheel, our hit for this year’s Irish festivities,” said iSoftBet head of games Mark Claxton. “Taking the action-packed in-game wheel modifier made popular through Hot Spin, Wishing Wheel offers players an engaging gaming experience with the chance to turn any spin of the reels into huge wins.

“The Irish theme is clearly aligned with our strategy of creating seasonal content that appeals to players looking to get an extra excitement out of festivities, as we place players at the heart of all we do.”

BGaming is also getting in on the action with the launch of an Irish-themed version of its Fruit Million slot.

“We know that new games come and go on a regular basis,” said BGaming director Marina Ostrovtsova. “We wanted a long-lasting piece of content. Thus we came up with the idea of the ‘chameleon’ slot. The game that changes its appearance depending on what is going on in the world. The slot that can always be on point.”

Lightning Box has launched a new Ancient Greece-themed slot game Phoenix Coins, which has initially gone live with LeoVegas before a wider rollout.

“LeoVegas’ players will be hoping the Phoenix rises again in Phoenix Coins, which we’re very excited to be releasing on an exclusive basis,” said Lightning Box CEO and co-founder Peter Causley. “The new addition to our portfolio is a real ode to the ancient world and we’re confident it will stand the test of time like the myths that went before it.”