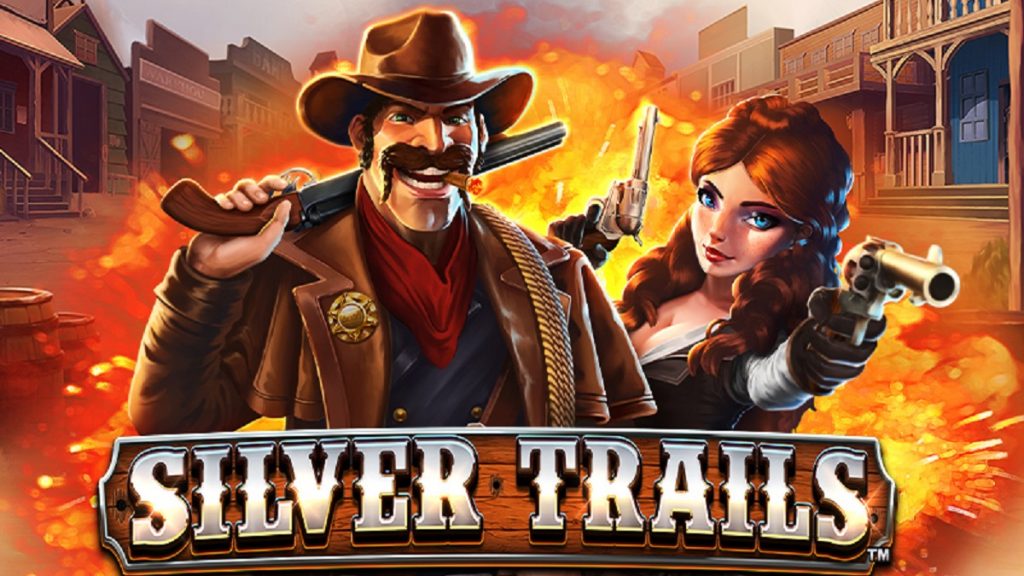 Greentube has expanded its Home of Games portfolio with the launch of its new Western-themed slot Silver Trails.

The game offers players 243 ways to win across five reels and a range of features, including win multipliers that trigger when Silver Star symbols land on the reels, and the Silver Trails Jackpots Feature, which offers players the chance to win one of four jackpots.

“We expect the timeless aesthetic on display in Juicy Fruits to go down a treat with classic slot enthusiasts, but there’s far more to the title than meets the eye,” said Pragmatic Play chief business development officer Yossi Barzely. “With modern features implemented neatly into a traditional design, our latest slot ticks all the boxes for our playing customers all around the globe.”

Aspire Global-owned Pariplay has expanded its portfolio with the launch of its latest 5x3 slot Wild Fruit Super Wheel.

“Wild Fruit Super Wheel is based on a familiar theme that players enjoy, but we have given the classic reel set a fresh squeeze with some innovative features,” said Pariplay chief commercial officer Christine Lewis. “The Super Wheel feature adds a compelling new element, while the possibility of connecting Wild Multipliers on the reels is an enticing one for players looking to land big prizes.”

“Bandits Thunder Link is our most explosive game to date and allows players to clean house with an incredible Free Spins bonus game that can see them land wins of up to 50,000x their original stake,” said Stakelogic CEO Stephan van den Oetelaar. “This slot has all the hallmarks of a blockbuster title, combining a fun theme with striking design and volatile gameplay that will keep players on the edge of their seat with every spin.”

Inspired Entertainment has launched Gimme Gold Megaways, a new prospector-themed Megaways title that gives players up to 117,649 ways to win.

“The addition of Fortune Bet, which is available in certain jurisdictions, gives players a chance to speed up access to the bonus round, making this game stand out in the crowd. Gimme Gold Megaways is set to be a mega-hit with fans of Megaways slot games.”

Blueprint Gaming has unveiled Deal or No Deal: Golden Game, the latest branded slot to be rolled out as part of its long-term partnership with licence holder Banijay Brands.

“Deal or No Deal: Golden Game offers a new form of entertainment for those who love slots inspired by the popular TV show and marks another strong addition to our offering,” said Blueprint Gaming director of key accounts and marketing UK Jo Purvis. “The Cashpots and win multiplier trail provide something different for players to experience, while there’s the added mystery of discovering the contents from within those iconic red boxes and what the banker has to offer.”

Banijay Brands Commercial Director Lex Scott said: “Banijay Brands has an exciting and diverse portfolio of world-renowned, evergreen titles that have wide appeal to players across the iGaming market. The Blueprint Gaming team continues to find new and imaginative ways of evolving the Deal or No Deal brand and they have once again delivered a quality title that is sure to resonate with new and existing players.”

BetGames.TV has unveiled a new version of its popular Wheel of Fortune live dealer product following an entire revamp of the game’s studio.

“Re-inventing the wheel is not always a bad idea as this upgraded game experience exemplifies,” said BetGames.TV chief operating officer Aiste Garneviciene. “From the top down, the experience has had a makeover and we’re sure that our modern spin is going to breathe new life into this classic game format. It’s part of our commitment to consistently monitoring and improving our existing game catalogue as well our brand-new releases.”

“The sequel to our fan-favourite Poisoned Apple 2, this new game adds thrilling elements to its fairy tale fun, with the Hold and Win Respin taking place on a visually enrapturing 5x4 grid,” said Booongo head of account management and business development Yuriy Muratov. “With a bumper Grand Jackpot of 2,000x a player’s stake, we can’t wait to help our players enjoy the fruits of their session.”

iSoftBet has announced the network-wide release of Super Reel: Spin It Hot following an exclusive launch with operators Rootz and Stoiximan.

“We’re constantly looking for ways to innovate our product range and we’re delighted to add Super Reel: Spin It Hot to our portfolio,” said iSoftBet head of games Mark Claxton. “With a classic theme which we elevate to new heights, our latest game adds more variety than ever for our players to enjoy.”

“This is a game that we’ve been looking forward to releasing for some time,” said Realistic Games commercial director Robert Lee. “The original is a favourite of operators and players alike, so to be able to add the Game Changer mechanic to it is going to take it to the next level.

“It’s an important release for us and our design team have done a fantastic job in recreating the appeal of the original while ensuring the immersion is there for today’s demanding players.”

Wazdan has released the latest addition to its Hold the Jackpot series of games with the launch of Burning Stars 3.

"In order to win, players must match a minimum of three symbols from left to right, as with many of our slot titles," said GameArt chief operating officer Deane Hendricks. "Our symbol multipliers make Mega Bunny more exciting though, with over 60 million ways to win."