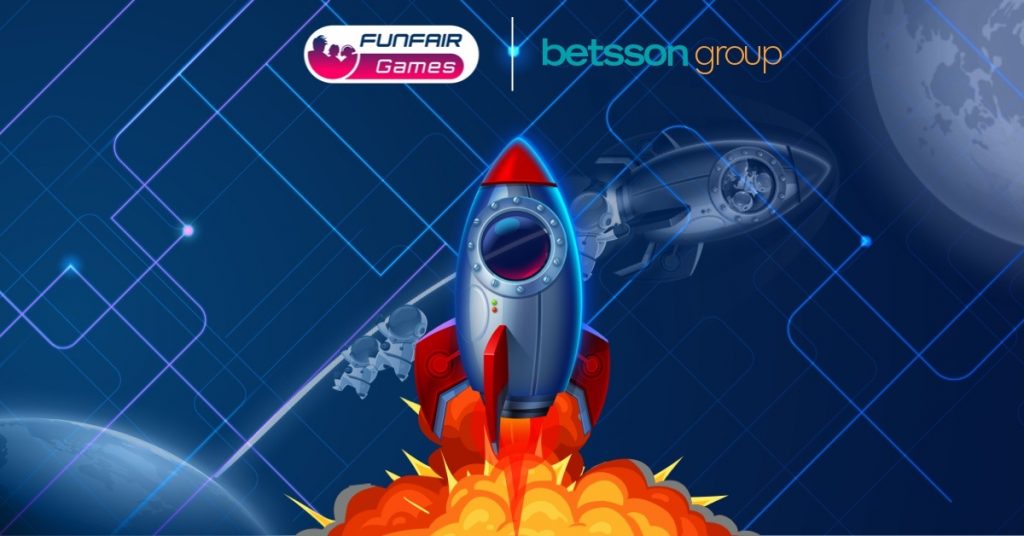 Betsson will launch FunFair Games’ first title AstroBoomers: To the Moon today, after agreeing an exclusive deal to take the innovative crash game across its key brands ahead of the game’s network wide release in early May.

Betsson has been something of a trailblazer with crash games, which feature heavily in the crypto gambling space but have yet to be launched with many real money operators.

This is the first release from FunFair Games, which was founded by PKR founder Jez San and his former PKR management team of Jeremy Longley (CEO of FunFair) and Oliver Hopton (CTO).

FunFair chief operating officer Lloyd Purser commented: “We want to develop a new genre of games for a new generation of gamblers.”

FunFair’s games are multiplayer, single outcome games. In Astroboomers players place a bet on themselves and then take off in a rocket and try to bail out before they are hit by an asteroid. If they successfully bail, they win the bet. If not, they lose.

Gamers can challenge their fellow astronauts’ nerves by staying onboard for as long as possible to claim maximum rewards, placing up to three bets per round for galactic wins, or strategically selecting the auto-eject options.

It is a format that has proved successful in the crypto space with games such as Bustabit, an unlicensed game which has taken $40.3bn in wagers since launching in 2018.

“The last thing operators need is another slots studio,” says Purser. “Slots will always have their place, but the move to multiplayer within real-money gaming has arrived quicker than many anticipated and there is a big demand for innovative and differentiated content that appeals to Gen Y audiences.”

Purser continued: “Its growth has arisen through a new generation who are constantly connected, enjoy simple, social concepts they can share and who we believe will take this form of gaming to a global scale.”

Betsson Group head of games Paul Malt said: “FunFair Games is a highly innovative content developer and is pioneering the introduction of real-money multiplayer games in our sector. We look forward to working with our new partner in what will undoubtedly be a commercial relationship of strong mutual benefit.”