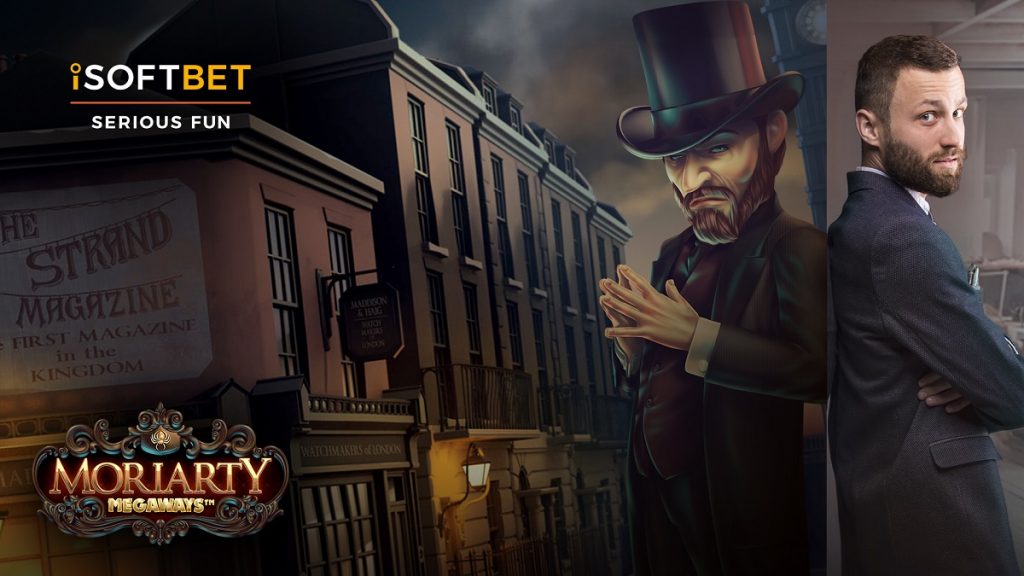 Slot developer iSoftBet has announced the release of its biggest game of the year with the network-wide launch of Moriarty Megaways.

Following a period of exclusivity with William Hill, Moriarty Megaways is the latest in the supplier’s Twisted Tales series of slots to be rolled out, and its 9th Megaways title to be released in the past year.

The game is set in a gloomy London street where Sherlock Holmes and sidekick Watson search the reels for riches, while also triggering their own special features, such as Mystery Symbols or Max Megaways.

“We’ve been waiting for this moment all year and I’m delighted with the results,” said iSoftBet head of games Mark Claxton. “Moriarty combines more excitement and more features than we’ve ever included in a game, and thrill seeking, big win potential players will love what we’ve done by combining unique iSoftBet features with the hugely popular Megaways mechanic."

During the free spins mode, players can have up to 352,947 ways to win, with the opportunity to win 37,500x their stake as two of fiction’s most colourful characters engage in a battle of wits.

“Our Twisted Tales games have proved a massive hit and this game takes in game excitement to new levels with so many ways to win big, plus our launch is perfectly timed with Arthur Conan Doyle’s birthday, the creator of Sherlock Holmes," added Claxton.