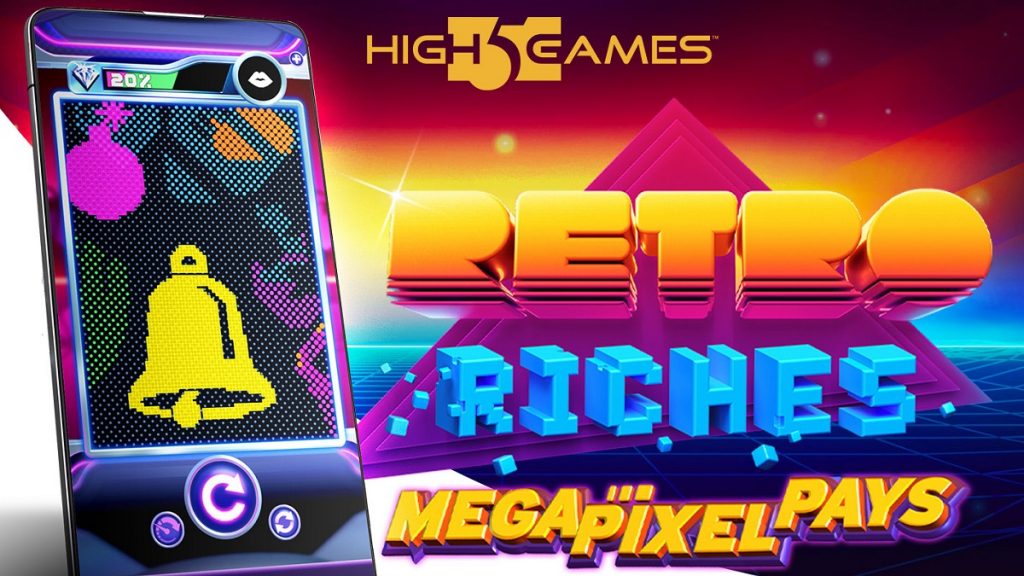 “With Retro Riches, we’re pushing the boundaries of what the experience of gambling on slot games can really be,” said High 5 Games head of game design Phil Welty… read more

iSoftBet is taking players to the Far East in its newest slot release Ancients of Korea.

“Moving away from the Viking-inspired action of our previous release, we wanted to treat our players to a fun-filled farm retreat,” said Pragmatic Play chief business development officer Yossi Barzely… read more

Scientific Games has rolled out its slots in West Virginia’s regulated iGaming market in partnership with Rush Street Interactive’s BetRivers.com.

“We are excited to have partnered with Scientific Games to be the first online operator in West Virginia to bring these top quality and much-loved casino games to our players,” said Rush Street Interactive president Richard Schwartz… read more

“This year has seen us produce a wide range of Megaways games that have proven to be a hit with players, demonstrating that we are capable of bringing new twists to a genre of slots that shows no signs of slowing down,” said SG Digital content specialist director Rob Procter… read more

Scientific Games has also expanded its OpenGaming platform through a new integration with Hacksaw Gaming.

Greentube has expanded its portfolio with the launch of its latest slot, Twin Spinner Sizzling Hot deluxe.

Evoplay has announced the launch of its latest game release, Bonanza Wheel.

“Demonstrating our unique approach to game design, our latest title Bonanza Wheel serves as a nod towards the ‘spin the wheel’ gameshows of old, but with some new features of course,” said Evoplay CEO Ivan Kravchuk… read more

Ezugi has expanded its presence in the Italian iGaming market through a new partnership with Microgame.

“This partnership will strengthen and unite both parties and we are thrilled to be offering our content to operators and players in Italy via a true gaming pioneer and the leading supplier in the market,” said Ezugi CEO Kfir Kugler… read more

“This is a legendary story of the great emperor Akbar and Radja Birbal and their unforgettable adventures,” said Endorphina head of account management Gretta Kochkonyan… read more

Pariplay has agreed a deal to provide its portfolio of games to BOSS. Gaming Solutions’ BOSS Casino, Bootlegger Casino and Ole.bet brands.

Relax Gaming has agreed a deal to integrate games from RubyPlay onto its platform, including titles such as Alice in the Wild and Adventures of Li’l Red.

“RubyPlay has firmly established a name for creating original player-centric content that’s recognised and loved by a wide range of demographics, and we’re sure they will prove a welcome addition to the Relax family,” said Relax Gaming chief product officer Simon Hammon… read more