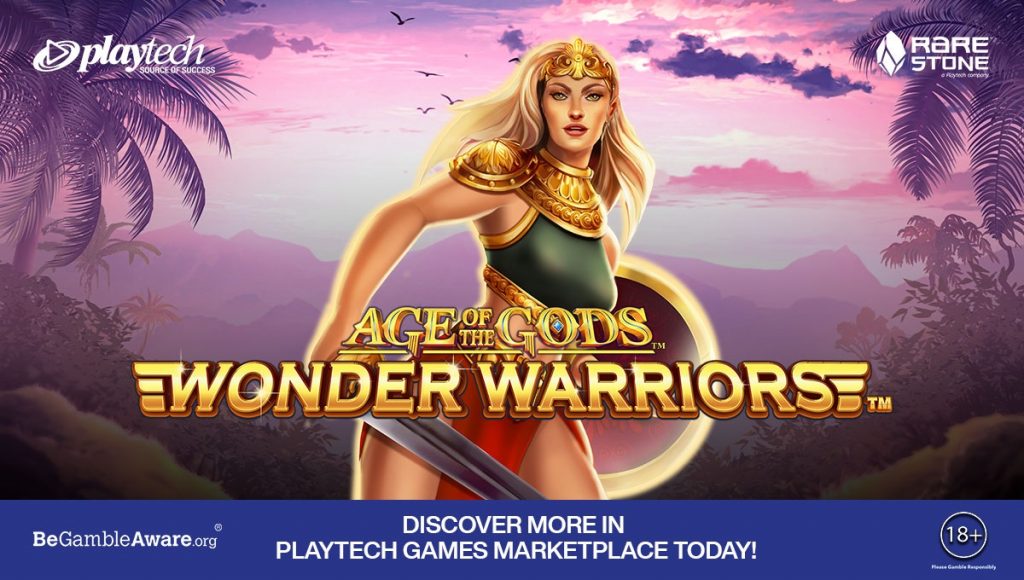 “The legendary Amazon Warriors have arrived in the Age of the Gods universe, and they’re bringing over 7,700 ways to win with them,” said Rarestone chief operating officer James Stewart… read more

Evolution has expanded its live casino portfolio with the launch of Fan Tan, based on an ancient Asian bead game.

“Fan Tan is an ancient and largely forgotten about game but we wanted to pay it respect with this fresh and modern version,” said Evolution chief product officer Todd Haushalter… read more

High 5 Games’ Legends of the Tomb

Inspired has expanded its portfolio with the launch of a new fruit-themed slot, Bonus Fruits.

Slotmill has signed an agreement to provide its portfolio of slot games to LeoVegas through an integration with Relax Gaming’s platform.

“The entire team at Slotmill is super excited and happy over the agreement with LeoVegas which is a major milestone,” said Slotmill founder Johan Ohman… read more

Evoplay is taking its portfolio of games into Romania’s regulated iGaming market through a new partnership with operator Publicwin.

“Going live with upcoming brands in regulated European territories is the key to maintaining our footholds in the region, and we fully expect our relationship with Publicwin to benefit both parties,” said Evoplay chief commercial officer Vladimir Malakchi… read more

iSoftBet has signed an agreement to provide its slot portfolio to MeridianBet in a number of territories, including Serbia, Montenegro, Bosnia and Herzegovina and Peru.

“MeridianBet has a broad presence in several key markets and we’re delighted to partner with them,” said iSoftBet head of business development Lars Kollind… read more

“We are always scanning the market for up-and-coming providers that employ unique approaches in game design, and Mikadogames do just that,” said iSoftBet commercial aggregation manager Denisa Csepregi… read more

“We have invested heavily in expanding our footprint and we are committed to partnering with leading operators around the globe,” said Pariplay vice president of sales Andrew Maclean… read more

Greentube has partnered with Golden Nugget Online Gaming to make its long-awaited debut in the US.

“The US offers unparalleled potential and is a key territory for us going forward as regulation continues to make headway across different states,” said Greentube chief financial officer and chief games officer Michael Bauer… read more

Pragmatic Play has launched its latest game in collaboration with Reel Kingdom with the release of Bigger Bass Bonanza.

“We are delighted to launch another product in collaboration with Reel Kingdom, allowing us to reach more players than ever before,” said Pragmatic Play chief business development officer Yossi Barzely... read more

Pragmatic Play has also extended its current deal with SKS365’s Planetwin365 brand in Italy to include a full selection of live casino games.

“Having our content front and centre on one of the leading Italian operators is a great achievement and one that exemplifies the type of growth we’re looking for in this well-established market,” said Pragmatic Play vice president of Malta operations Lena Yasir… read more

Scientific Games has enhanced its OpenGaming portfolio in North America by signing an exclusive content deal with Design Works Gaming.