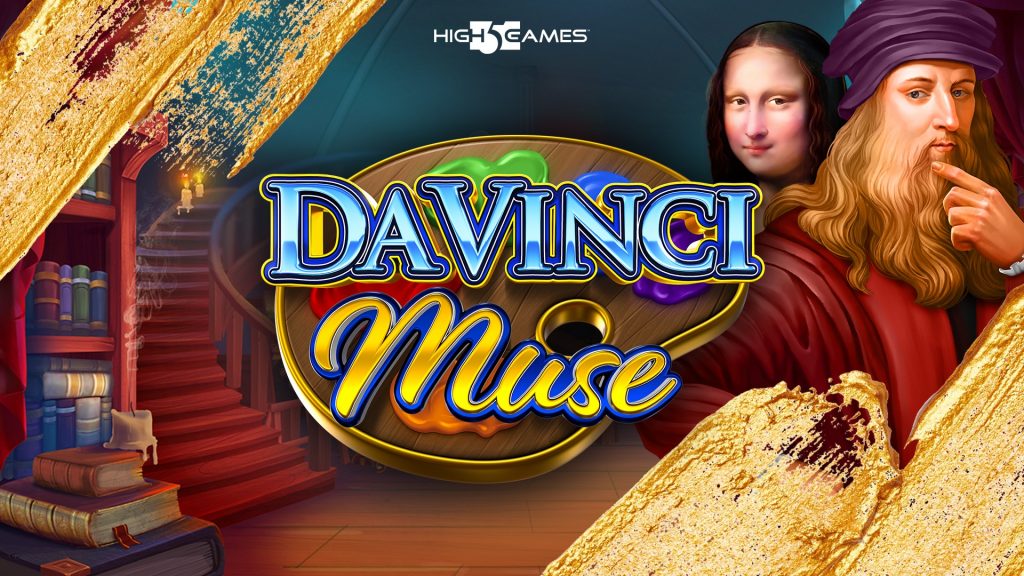 High 5 Games has expanded its Da Vinci series of slot games with the release of its newest title, Da Vinci Muse.

“We are delighted with how Mystic Chief has shaped up, offering players huge win potential as well as a charming theme that invites players to learn more about Native American culture,” said Pragmatic Play chief business development officer Yossi Barzely.

Evolution-owned NetEnt has launched the latest slot to feature its well-loved Gonzo character with the release of Gonzo’s Gold.

“We’ve put a bit of a twist on what players can usually expect from a Gonzo game, replacing the bet lines and transforming it into a cluster pays slot with a Free Spins expanding symbol feature,” said Evolution chief product officer Todd Haushalter.

NetEnt has also this week sealed a new deal to integrate its content with QTech Games’ Asia-facing gaming platform.

“We’re thrilled to be partnering with NetEnt whose jaw-dropping games rank among the finest on the market,” said QTech Games chief commercial officer Ulf Norder.

GREENTUBE has expanded its presence in Germany’s regulated iGaming market after taking its content live with NOVOLINE, the online brand of Novomatic-owned LÖWEN ENTERTAINMENT.

“Germany is a key market for us going forward and with our content already popular among local brick-and-mortar players we are excited to expand our presence online through this deal with NOVOLINE,” said Greentube chief financial officer and chief games officer Michael Bauer.

iSoftBet is taking players out west in its new adventure-themed slot, Van der Wilde and The Outlaws.

“From the Outback to the Wild West in recent weeks for our games portfolio, Van der Wilde and The Outlaws brings a classic genre of gameplay back to fans across the globe,” said iSoftBet head of games Mark Claxton.

“Partnering with Octavian Lab is another positive step for iSoftBet as we continue to establish a strong presence in the Italian market,” said iSoftBet head of business development Lars Kollind.

Slotmill has agreed a new deal to integrate its casino games with SOFTSWISS’s games aggregator platform.

“It is a pleasure to have concluded our agreement with SOFTSWISS which we are convinced will be highly beneficial to both parties,” said Slotmill founder Johan Ohman.

Evoplay has entered into a deal to take its portfolio of slots live with operator Parimatch.

Evoplay chief commercial officer Vladimir Malakchi said the deal was testament to the supplier’s growing reputation as one of the industry’s “most exciting developers.”

“We wanted to breathe new life into the pirate-themed format by turning the cliché on its head,” said Big Time Gaming CEO Nick Robinson.

Evolution-owned Ezugi has reached an agreement to supply its full suite of games to NetBet in Romania and Italy.

“This is a landmark agreement for Ezugi and demonstrates to the highest tiers how our reputation is growing amongst the best casino operators around the globe NetBet and Ezugi are an excellent match,” said Ezugi business development director Pang Goh.

Pragmatic Play has expanded its portfolio with the launch of a new pig-themed slot, Piggy Bank Bills.

“We’ve released our fair share of money-inspired slots over the years, but none of them are quite like Piggy Bank Bills,” said Pragmatic Play chief business development officer Yossi Barzely.

“Expanding in important European markets is a key point of focus for Pragmatic Play and as such, we’re very pleased to collaborate with another prominent operator,” continued Barzely.

Relax Gaming has launched its content in the Netherlands through a new partnership with Holland Casino.

“As one of the Netherlands’ most popular casinos, it’s a fantastic advantage for us to be partnering with Holland Casino at this important juncture for the market and furthering the distribution of our proprietary and third-party games to new audiences,” said Relax Gaming chief operating officer Daniel Eskola.