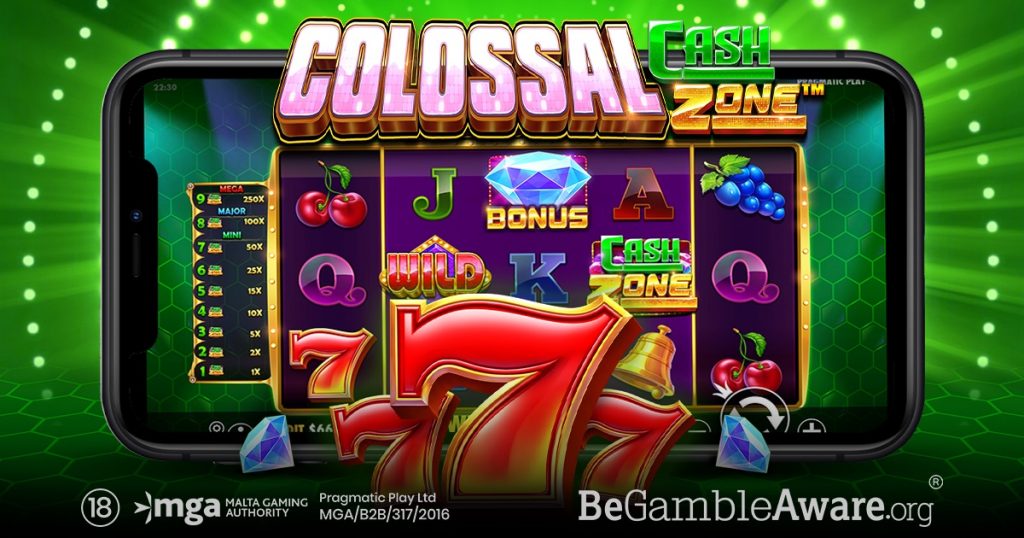 Pragmatic Play has expanded its slot portfolio with the launch of Colossal Cash Zone.

Evoplay has revealed the latest addition to its slot portfolio with the launch of Wild Overlords.

“Our latest release will enthral everyone who plays it, with a fascinating story and beautiful visuals – opening up a fantasy world to players that will be sure to enchant and entertain,” said Evoplay CEO Ivan Kravchuk.

iSoftBet has announced the latest addition to its Hold & Win portfolio of slots with the release of Brilliant Diamonds: Hold & Win.

“This is a fantastic agreement to seal with one of the leading players in South Africa and it furthers our ambitions in this key market,” said Pragmatic Play’s Yossi Barzely.

Pragmatic Play has also expanded its presence in Latin America through the launch of its content with Estrelabet.

Scientific Games has expanded its casino aggregation platform through an integration with Push Gaming.

“We’re always looking to provide entertainment that delivers thrills to millions of players, which is why we source the best games from the most progressive studios like Push Gaming,” said Scientific Games partnership director for iGaming Steve Mayes.

“Red Tiger is one of the most popular developers in the market so it was imperative for us to add its full suite of games to our portfolio as part of wider efforts to offer our partners the most comprehensive game lobby,” said Gamingtec’s Sapar Karyagdyyev.

“The fourth creation by G.Games as part of the YG Masters initiative sees players take to the seas in search of big wins,” said Yggdrasil head of product and programs Stuart McCarthy.

“We are excited to enter the Canadian marketplace through our joint efforts with NPi to capitalize on the opportunities that the North American market offers,” said Aspire Global CEO Tsachi Maimon.

“We have taken major strides in the U.S. last year and partnering with Golden Nugget Online Gaming was a thrilling way to start 2022,” said Pariplay vice president of sales Andrew Maclean.

Yggdrasil and ReelPlay are taking players back to the land of King Arthur in their latest collaborative slot release, Towering Pays Excalibur.

“Towering Pays Excalibur is another exciting addition to our offering that’s packed with modifiers, stages and features to appeal to players of all tastes,” said Yggdrasil head of product and programs Stuart McCarthy.

“We are always looking to add cutting-edge content to our aggregation platform and SmartSoft’s innovative titles stand out, headlined by the XGames category,” said iSoftBet commercial aggregation manager Denisa Csepregi.

Betsoft Gaming has integrated its content with Ukrainian operator Joker.au.

Betsoft Gaming has also expanded its presence in Italy’s regulated iGaming market through a new integration with NetBet.it.

“Partnering with an established operator like NetBet.it who continuously delivers exceptional customer service is completely on point with our strategy,” said Betsoft Gaming’s Mackney.

Spearhead Studios’ John Daly: Spin It And Win It