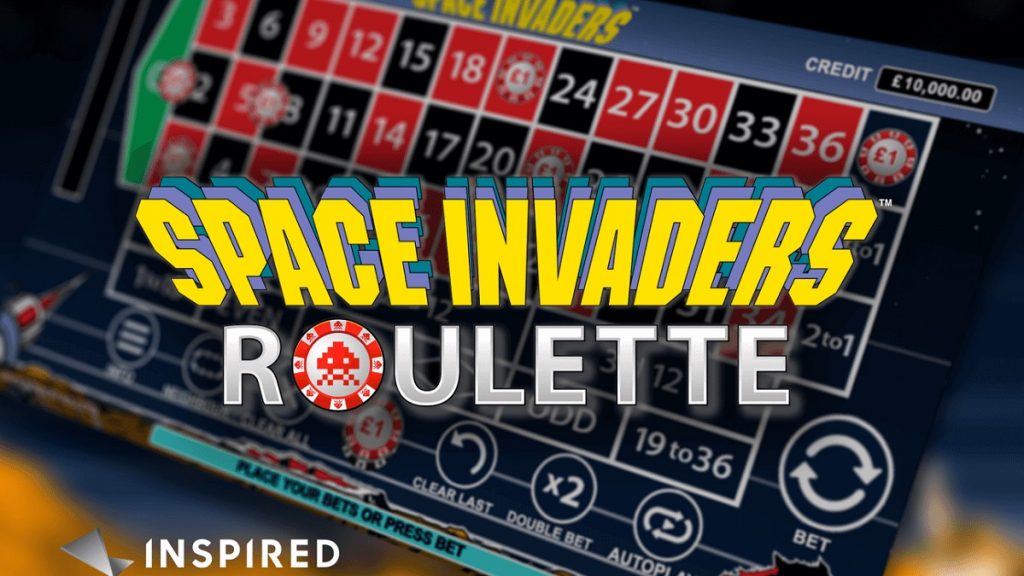 The 25 games are part of ‘THE GREAT 88’, an Evolution initiative that will see 88 games released by the group in 2022. Among the new releases are several big-brand tie-ins for games from Evolution, NetEnt, Red Tiger and Big Time Gaming, new homegrown titles, as well as sequels to already successful games from across Evolution’s studios

“We have an amazing product roadmap for 2022 and this truly is the year of product and innovation,” said Evolution CEO Martin Carlesund.

“Space Invaders Roulette combines the thrill and popularity of roulette with one of the most well-known gaming brands of all time, in what we think will become one of this year’s most legendary iGaming launches,” said Inspired chief product officer Steve Collett.

Yggdrasil has partnered Reflex Gaming to take players back in time to Victorian England in their new sci-fi slot release, Time Machine.

“We urge players to travel in time back to the Victorian age in our engaging new hit, Time Machine,” said Yggdrasil head of product and programs Stuart McCarthy.

“We can always rely on Bulletproof Games to produce new online slots that are not only highly engaging and fun to play, but visually stunning as well,” said Yggdrasil head of product & programs Stuart McCarthy.

Relax Gaming has expanded its casino platform through a new integration with Spribe.

“Having shown such high levels of innovation with its smash hit game Aviator, we are delighted to welcome Spribe as a Powered By Relax partner,” said Relax Gaming chief product officer Simon Hammon.

Pragmatic Play is inviting players to join some of Africa’s most majestic wild beasts on the sprawling plains of the savanna in its newest slot release, The Ultimate 5.

“Moving the action away from mythology to the plains of Africa, The Ultimate 5 takes players on an adventure that channels its wild side,” said Pragmatic Play chief business development officer Yossi Barzely.

Pragmatic Play has also entered into a deal this week to integrate its content with BeyondPlay’s newly launched iGaming platform.

“We are super happy to see Pragmatic Play get behind our innovative vision and commit to be an early mover on this exciting opportunity,” said BeyondPlay founder and CEO Karolina Pelc.

“We have already seen great results from our initial activity within the newly regulated market in the Netherlands and players have responded well to the wealth of content we have provided,” said Greentube sales and key account manager for the Netherlands Andy Duschek.

“Scientific Games is proud to partner with RSI, a respected and proven gaming operator for online casinos in the US and Latin America,” said Tatiana García Barrenechea, commercial director for LatAm iGaming at Scientific Games.

Bragg Gaming’s ORYX Gaming has agreed a deal to add titles from Blue Guru Games to its distribution platform.

“Blue Guru has assembled a strong team of talent and their approach to game design aligns incredibly well with our portfolio approach,” said Bragg group director of content Doug Fallon.

Playtech has expanded its platform with new virtual sports and casino content from Leap Gaming.

“We are extremely pleased about the partnership with Playtech, one of the most prominent gaming technology providers in the world,” said Leap Gaming customer success manager Andreea Spiteri.

Endorphina has released its first slot of 2022 with the launch of Wild Love.

Endorphina has also signed an agreement this week to provide its portfolio of slots to platform provider Sportingtech.

“This is a landmark deal for us and the perfect way to start 2022,” said Sportingtech CEO Ivo Doroteia.

“We are hoping that life on Mars, and beyond, proves to be as fruitful as Elon Musk has suggested it might be,” said Relax Gaming chief product officer Simon Hammon.

“We have a strong working relationship with Kaizen Gaming and are very pleased to take our complete solution live with its Betano brand in Bulgaria,” said iSoftBet chief commercial officer Federica Faggiano.

iSoftBet has also struck a deal this week to integrate its content with Sportingtech’s Quantum platform.

“We are excited to be partnering with Sportingtech, as we are keen to make serious headway in regulated markets around the globe,” said iSoftBet head of business development Lars Kollind.

Inspired has launched its content in Michigan’s regulated iGaming market in partnership with GAN.

“Multiple top iGaming operators in the US use GAN’s platform and we are excited to collaborate with the GAN team,” said Inspired president and chief operating officer Brooks Pierce.

Blueprint Gaming’s Wish Upon a Cashpot