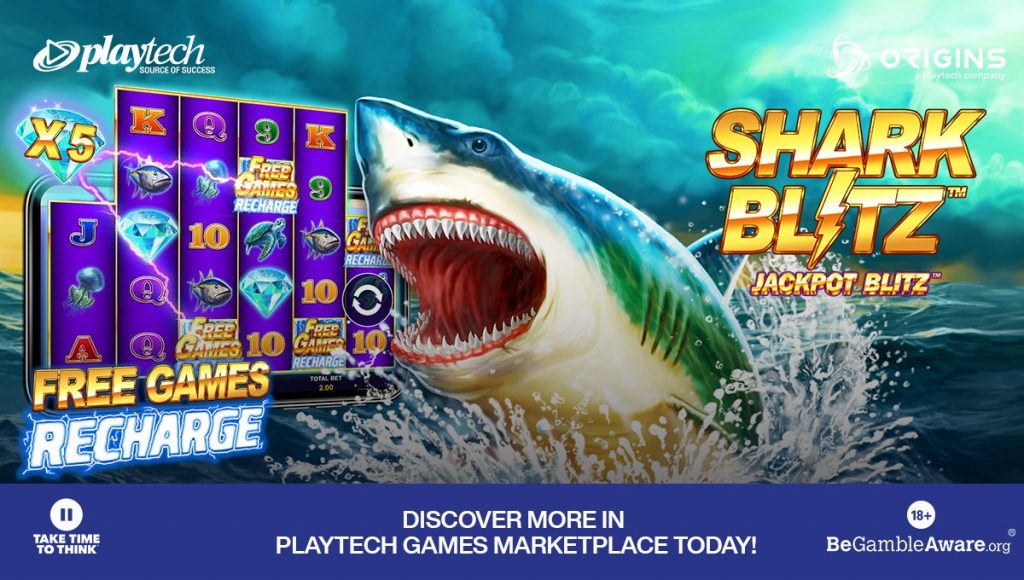 Evolution-owned Red Tiger has released its latest slot with the launch of Doggy Riches Megaways.

“Like all Megaways titles, there are even more chances to win but a truly royal welcome has been prepared for players in Doggy Riches Megaways,” said Evolution head of business development James Jones.

Pplaytech’s Origins studio has released the latest addition to the Jackpot Blitz series with the launch of Shark Blitz.

“The Blitz is back with more WAYS than before – up to 5,625 WAYS to win,” said Origins game producer Raz Oved.

Betsoft Gaming has expanded its presence in the Ukraine through an integration with Vulkan Casino UA.

"Vulkan Casino UA is an exciting addition to the industry and Betsoft is delighted to be moving into 2022 with them in what promises to be a growing partnership," said Betsoft Gaming head of account management Anna Mackney.

iSoftBet has launched the sequel to one of its most popular titles with the release of Gold Digger Megaways.

“Gold Digger became an immediate hit when we launched it a couple of years ago, and we are thrilled to welcome it back to our portfolio with more features and more ways to win than ever before,” said iSoftBet head of games Mark Claxton.

“Relax has quickly expanded its already-established portfolio of games and does so again with this exciting Silver Bullet partnership,” said Relax chief product officer Simon Hammon.

Inspired has expanded its game portfolio with the launch of its newest slot, Tin Can Cash.

Yggdrasil and Darwin Gaming have teamed up to release a new baccarat game, Baccarat Evolution.

Meanwhile, Yggdrasil and Bang Bang Games have reunited for the feature-filled sequel to Super Cash Drop.

“Super Cash Drop was a fantastic addition to the YG Masters offering and we’re very pleased to work with Bang Bang Games again to enhance it with our hugely popular GigaBlox mechanic,” said Yggdrasil head of product & programs Stuart McCarthy.

Greentube has further bolstered its position in Switzerland after taking its content live with Casino Barrière Montreux’s GAMRFIRST brand.

“This deal marks another important step for Greentube, strengthening our presence in what has quickly become one of our main markets,” said Lisa Sandner, Greentube sales & key account manager for Switzerland.

Pragmatic Play has launched a new Ancient Egypt-themed slot game, Might of Ra.

Pragmatic Play has further grown its footprint in Latin America through a partnership with platform provider One Bit Tech.

“We have prioritised growth in emerging regulated markets in Latin America and are delighted to broaden our footprint in the region by partnering with One Bit Tech,” said Pragmatic Play vice president of Latin American operations Victor Arias.

ORYX Gaming has launched its content in the Czech Republic for the first time through an integration with SYNOT Group.

Evolution-owned Ezugi has brought its live casino products to Bosnia and Herzegovina through an integration with leading operator Premier Kladionica.

“We are very happy to be able to release Ezugi’s portfolio of great games to our players,” said Premier Kladionica head of business development Toni Boras.

“Through this partnership with Scout Gaming Group, we add a new vertical and a unique product set to our platform offering, true to our mission to provide a wide range of content to our operator partners,” said Pariplay director of partnerships Callum Harris.

Greentube will see its slots reach more players across all three Baltic states after partner Betsson launched an additional Russian language site for players in Lithuania, Latvia and Estonia.

Evolution has expanded its live casino deal with Italy’s Sisal to include slots from its NetEnt and Red Tiger studio brands.

“We have a strong relationship with Evolution, so it was natural to look to their group brands to take our slots offering to the next level,” said Sisal gaming machines & online casino managing director Marco Bedendo.

Microgaming & Just For The Win’s Adventures of Captain Blackjack

On Air Entertainment / Betway and 32Red