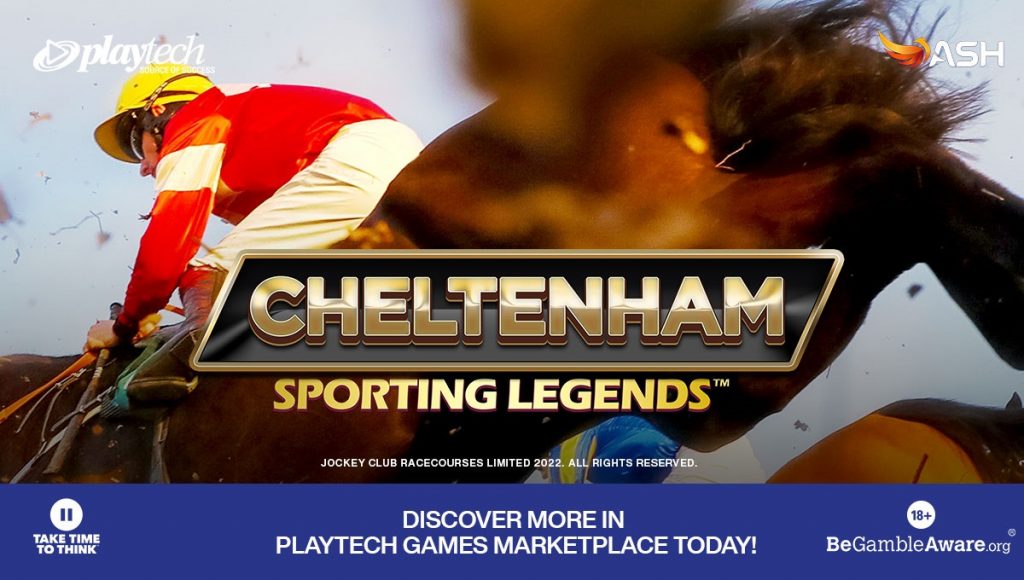 “At Playtech, we are committed to developing the most engaging branded content,” said Playtech casino director James Frendo.

“Cash Collect has proved one of the most popular new slots mechanics in years, and with St. Patrick’s Day just around the corner, there couldn’t be a better time to bring an engaging classic Irish Luck theme to this exciting suite,” said Origins game producer Yehonatan Tishler.

Betsoft Gaming is taking players on a journey to find the hidden treasures of Egypt in its latest slot, Lost Mystery Chests.

Greentube has released Apollo God of the Sun 10 Win Ways, an action-packed update of the supplier’s popular Ancient Greece-themed slot.

“In our newest edition of Apollo God of the Sun, we combined a very successful game theme with even more successful and rewarding game mechanics,” said Greentube head of sales and key account management Markus Antl.

Evoplay is taking players on a voyage to the orient in its latest slot release, Andar Nights.

“This new game offers an attractive and simple gaming experience, allowing players to win big with minimal effort – ensuring it can provide hours of fun for players the world over,” said Evoplay CEO Ivan Kravchuk.

Inspired’s Catch of the Day

Inspired has launched its latest fishing-themed slot game with the release of Catch of the Day.

“With vibrant graphics and tropical imagery, fishing-themed games are easy-on-the eye and have become very popular among players, and our latest instalment of our fishing-themed slots range, is no exception,” said Inspired vice president of interactive Claire Osborne.

Slotmill has expanded its slot portfolio with the launch of Fruit Smash.

“We are building a diverse game portfolio and the addition of Fruit Smash will certainly contribute to this,” said Slotmill product owner Jamie Boyle.

Yggdrasil has expanded its slot portfolio with the launch of Pushy Cats.

Endorphina has expanded into Lithuania’s regulated iGaming market through a new supply deal with Uniclub.

“Endorphina’s portfolio of outstanding games has landed in Lithuania and we at Uniclub are always after key and innovative content to enrich our slots offering for our players,” said Uniclub CEO Martynas Matulevicius.

Aspire Global’s Pariplay has signed a deal to integrate its portfolio of games with Sportingtech’s Quantum platform.

“This deal with Sportingtech makes perfect sense for us as we continue to look for strong partners to further expand across regulated markets,” said Pariplay vice president of sales Andrew Maclean.

Pragmatic Play has launched a new twist on the nostalgic board game in its latest slot release, Snakes and Ladders Megadice.

Pragmatic Play has also expanded its slot portfolio with the launch of Extra Juicy Megaways.

Capping off a busy period, Pragmatic Play has also expanded its live casino offering with the launch of numerous new tables across its Baccarat, Speed Baccarat and Blackjack range.

Relax Gaming has agreed a deal to supply its portfolio of games to Lottoland.

“It’s always a pleasure to partner with the world’s leading online brands that have such an in-depth understanding of their player-base and consistently have such a huge impact in the market through innovation and a high-quality offering,” said Relax Gaming chief commercial officer Nadiya Attard.

Relax Gaming has also this week expanded its portfolio with the release of Beast Mode.

“When we worked with CasinoGrounds on the development of Iron Bank last year it proved to be a huge success and fans absolutely loved it, which hardly came as a surprise considering that it’s a community-led game,” said Relax Gaming chief product office Simon Hammon.