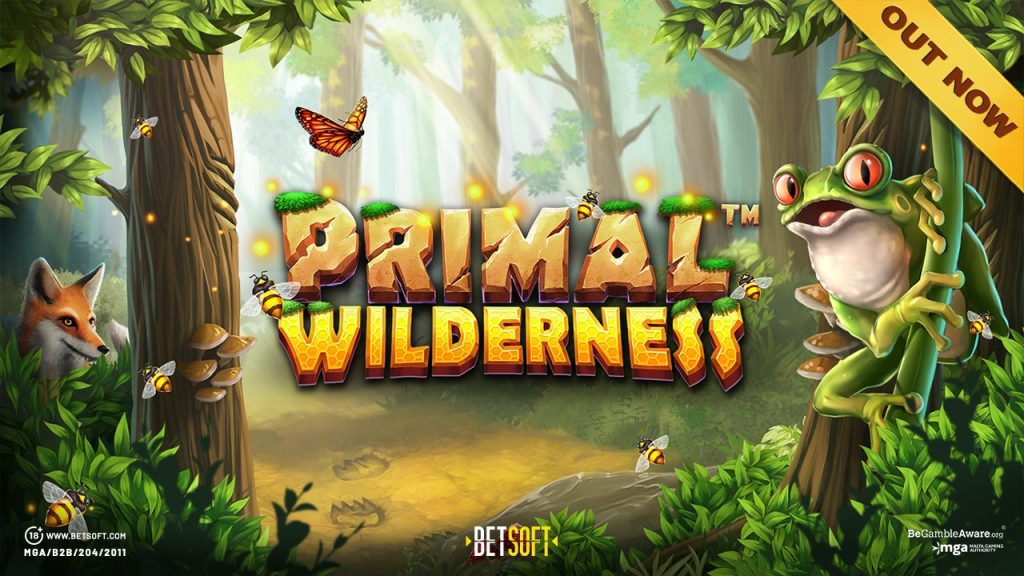 Greentube is re-inventing one of its most popular slots, Dolphin’s Pearl, with the addition of its Cash Connection jackpot.

“Players have been enjoying this underwater adventure for many years as Dolphin’s Pearl is a true NOVOMATIC classic, so combining it with our much-loved Cash Connection jackpot and the popular Lock and Spin feature felt like the natural next step for us,” said Greentube director of games product and operations Steve Cross.

“This deal is the latest example of our leading presence in what has become one of our main markets,” said Lisa Sandner, Greentube’s sales & key account manager for Switzerland.

“We are excited to release this intergalactic crash game with such a social atmosphere as per our current live casino vertical,” said Pragmatic Play chief business development officer Yossi Barzely.

Betsoft Gaming is taking players into the wild with its latest slot release, Primal Wilderness.

“ReelPlay continues to produce masterful slots that combine exciting mechanics with fun themes, and BANANAZ 10K WAYS is another excellent example of this,” said Yggdrasil head of product and programs Stuart McCarthy.

BF Games has further strengthened its presence in Belgium after taking its dice slot titles live with betFIRST.be.

“We are gaining momentum in Belgium and are thrilled to have partnered with yet another leading operator in a deal that has seen us introduce our popular dice games to a new local audience,” said BF Games head of business development Claudia Melcaru.

Slotmill has expanded its portfolio with the launch of Drunken Sailors.

“Being selected as supplier to ATG is humbling at the same time as it proves that the Slotmill quality strategy is paying off,” said Slotmill founder Johan Ohman.

“This is our second Narcos game, with the first one being done by the team at NetEnt,” said Evolution chief product officer Todd Haushalter.

Pragmatic Play has expanded its slot portfolio with the launch of Tic Tac Take.

Pragmatic Play has also signed a deal this week to launch a new dedicated Blackjack studio for 888casino.

“As one of the world’s leading online casino brands, 888casino will be a key strategic partner to Pragmatic Play,” said Pragmatic Play’s Barzely.

Finally, Pragmatic Play has further expanded its global footprint after taking its slots live with Napoleon Sports and Casino.

“We are delighted to have agreed a long-term collaboration with Napoleon Sports and Casino, further cementing our position as a leading provider in the iGaming space,” added Pragmatic Play’s Barzely.

“Our development team has done a fantastic job with Giddy Up Bingo, and we’re delighted to have partnered with Betfred to bring it exclusively to their players,” said Playtech director of digital bingo Angus Nisbet.

“This agreement that will see us enter Italy, the second biggest online market in Europe, is another watershed moment for us and comes several months after we took our content live in the UK, Europe’s largest iGaming market, underlining our commitment to expand in large and established regulated markets,” said Bragg chief commercial officer Chris Looney.

Pariplay’s in-house studio Wizard Games has agreed a deal to provide its content to Soft2Bet’s network of brands.

“We are thrilled to start our collaboration with Pariplay and Wizard Games, which will give our brands the fuel they need to reach even greater heights in some large-scale worldwide markets,” said Soft2Bet head of casino Daniel Mitton.

iSoftBet has agreed a deal to integrate its games with Sunseven’s GamblingTec platform.

“GamblingTec is a big name in the iGaming space, and we are excited to take our games live with them and the brands they power, starting with Fuzebet,” said iSoftBet head of business development Lars Kollind.

iSoftBet has also this week agreed to integrate its content with operator Betzest.

Aspire Global’s Pariplay has signed a deal to exclusively roll out Skillzzgaming’s titles in the United States.

“Our Ignite programme is designed to allow studios to flourish in key markets, while we provide them with a secure route to market,” said Pariplay director of partnerships Callum Harris.

Inspired has launched its virtual sports platform in Serbia with leading operator Mozzart.

“With Mozzart being a leading online gaming operator in the Eastern Europe region, both companies are excited to see about the potential for online and mobile Virtual Sports on the platform,” said Steven Rogers, chief commercial officer of Virtual Sports at Inspired.

“Sisal has been Inspired’s partner since the Italian market opened in 2014 and we have worked together to bring a number of exciting new concepts to the Italian market,” said Steve Rogers, chief commercial officer of Virtual Sports.

Evolution has launched its Dual Play live gaming tables in Canada for the first time at Loto-Québec’s Casino Montreal.

“Live Casino is the natural bridge between land-based and online, and with Dual Play we have developed a product exclusive to land-based casinos that want to explore their online potential,” said Jeff Millar, commercial director, North America at Evolution.