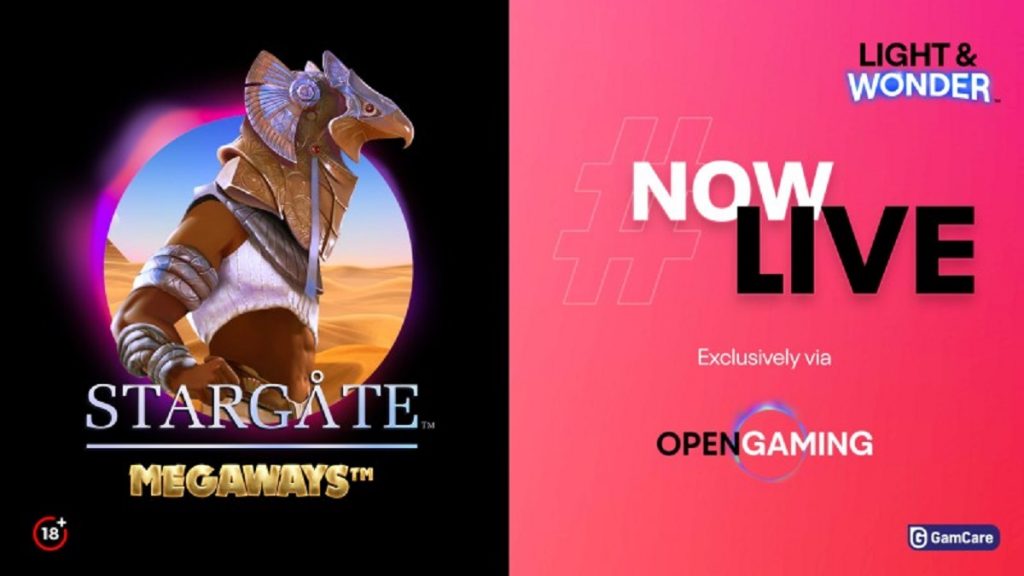 Casino supplier Light & Wonder is taking players on an intergalactic adventure with the release of Stargate Megaways, the first game to be released following the company's recent rebrand.

The new 6-reel slot is based on the Metro Goldwyn Mayer (MGM) sci-fi fantasy film Stargate and includes imagery and characters from the franchise, as well as a number of innovative features and mechanics.

In Stargate Megaways, players are tasked with working their way up a Stargate trail every time they register a consecutive win, unlocking modifiers and one of three free spins rounds. When the fifth segment of the trail is reached, a random modifier will be activated which boosts their chances of triggering up to seven free spins.

Modifiers include random wilds, wild reels, expanding reels, mystery symbols, and regenerate, which clears the game grid and sees a re-spin occur with the same number of Megaways in place. Should the seventh, eighth, or ninth segment be reached, Star Coordinates will align, allowing players to step through the gate into distant worlds as they are awarded between five and seven free spins featuring lucrative modifiers.

“Not only is Stargate Megaways Light & Wonder’s flagship release as a new brand, but it’s also set to be our most revolutionary,” said Light & Wonder vice president of game development Rob Procter. “We’ve flipped the concept of a Megaways slot on its head, this game is nothing like you’ll have played before from a Megaways title and we think it’ll prove to be a big hit.

“Stargate has been going for almost 30 years now and there are still people of all ages that love the franchise, so we’re incredibly excited to bring it to a new medium. Light & Wonder has great ambitions to solidify itself as the leading cross-platform global games company, and releasing a slot that’s truly out of this world is the right way to go about that.”

MGM executive vice president of global consumer products, Robert Marick, added: “Stargate continues to resonate around the globe and through this partnership with Light & Wonder, we are able to bring this incredibly popular series to fans in a fresh and exciting way. We’re looking forward to seeing the debut of the Stargate Megaways 6-reel slot game.”