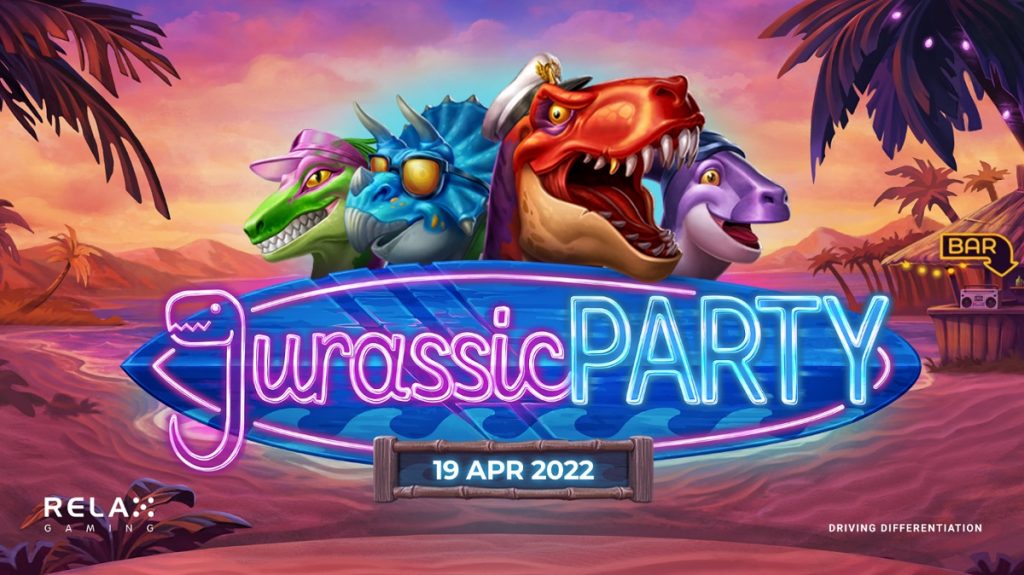 Relax Gaming is transporting players back to the Jurassic era in its latest slot release, Jurassic Party.

“I predict that this quirky dinosaur-themed title is going to be yet another huge hit with players and operators alike,” said Relax Gaming chief product officer Simon Hammon.

Evolution’s Ezugi has expanded its game portfolio with the launch of Ultimate Sic Bo, featuring multipliers up to 1,000x.

“Multipliers give player’s the opportunity to maximize their winnings and they have the added benefit of putting a unique twist to any game,” said Ezugi business development director Pang Goh.

Yggdrasil and YG Masters partner Jade Rabbit have launched their latest collaboration with the release of Let It Slide.

Yggdrasil has also signed a deal this week to integrate its content with Irish operator Slotbox.

“This alliance with Slotbox will see us enhance our presence globally and it’s fantastic to work with such a renowned and established operator with a strong land-based history,” said Yggdrasil director of commercial operations Andrew Pegler.

Light & Wonder has rolled out its new Stargate Megaways slot, the first game to be released following its recent rebrand.

“Not only is Stargate Megaways Light & Wonder’s flagship release as a new brand, but it’s also set to be our most revolutionary,” said Light & Wonder vice president of game development Rob Procter.

“We have already generated incredible traction with our growing suite of live casino games but this deal with ORYX Gaming will launch us into the stratosphere,” said Stakelogic CEO Stephan van den Oetelaar.

Aspire Global’s Pariplay has signed a deal to expand its Fusion iGaming platform with new content from CT Interactive.

“Our studio partners are what make our Fusion offering so strong and joining forces with CT Interactive will see us add yet another fantastic content supplier to our roster,” said Pariplay director of partnerships Callum Harris.

Pragmatic Play has expanded its portfolio with the launch of a new Irish-themed slot, Clover Gold.

Pragmatic Play has also launched a new Ancient Egypt-themed game this week with the release of Eye of Cleopatra.

Finally, Pragmatic Play has expanded its presence in South Africa through a new integration with Hollywoodbets.

“South Africa, while being well-established, still holds much opportunity for suppliers and partnering with its top operator simply refines that scope,” said Barzely.

Solid Q2 for BlueBet as turnover climbs to AUD$147.7m