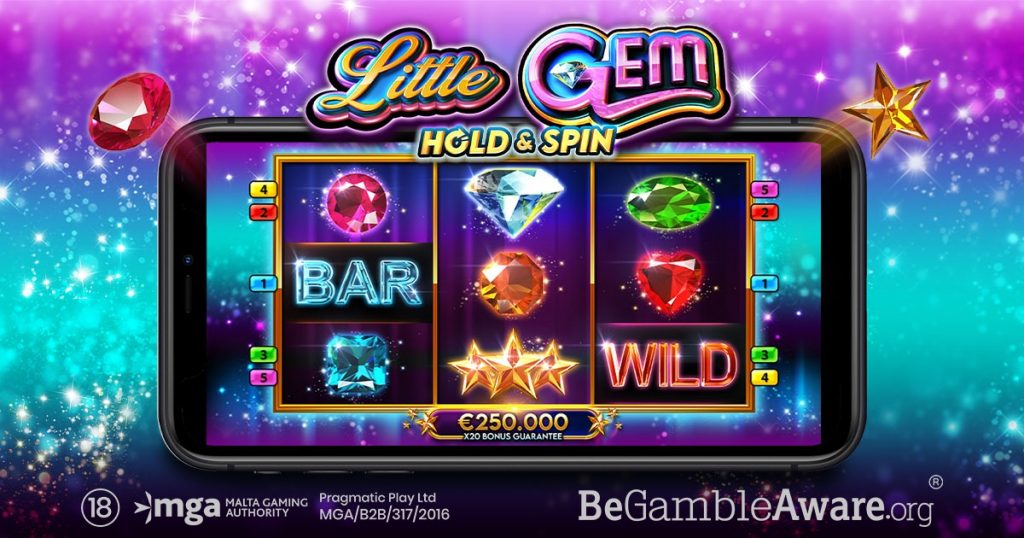 Pragmatic Play is taking players on a visual journey in its latest slot release, Little Gem.

Relax Gaming is inviting players to join one of the world’s most infamous bank robbers in its new slot, Midnight Marauder

Greentube's A Fistful of Wilds

Greentube has expanded its slot portfolio with the launch of Wild West-themed A Fistful of Wilds.

“We’re absolutely delighted to announce the release of A Fistful of Wilds,” said Greentube head of sales and key account management Markus Antl.

BetConstruct-owned CreedRoomz has expanded its live casino portfolio with the launch of Richie Roulette.

Richie Roulette is a fast paced game based on the standard Roulette rules.

Aspire Global's Wizard Games has unveiled its latest slot release with the launch of Wildwood Buffalo, set in the great American prairies.

Wizard Games managing director of games Joey Hurtado commented: “We are thrilled to introduce another smashing title to players, this time with the popular buffalo theme, serene surroundings and plenty of rewards."

Evolution-owned NetEnt is taking players to the dance floor in its latest slot release, Funk Master.

“What a fantastic slot theme! Funk Master brings the ‘70s dance fever back to life with a vengeance,” said Evolution head of business development James Jones.

Play’n GO’s has expanded its portfolio of Ancient Egyptian-themed slots with the launch of King’s Mask.

“The opulence that Ancient Egypt narratives gods and pharaohs are forever popular among players as the content is so rich,” said Play’n GO head of games Charlotte Miliziano.

Pragmatic Play has also launched a new Ancient Egyptian-themed slot with the launch of Cleocatra.

Yggdrasil has announced the launch of its new Boilin’ Pots slot game.

iSoftBet has returned to its popular Twisted Tale series of games with the launch of its new slot, Musketeer Megaways.

“Musketeer Megaways is the perfect title to relaunch the Twisted Tale series with, bringing lucrative bonus features and a playful theme together in a truly immersive experience,” said iSoftBet head of games Mark Claxton.

BF Games has launched the latest addition to its portfolio with the release of Burning Slots 20.

Betsoft Gaming has announced its latest slot release with the launch of Gemini Joker.

Evolution-owned Big Time Gaming has expanded its portfolio with the launch of its new sci-fi themed slot, Wild Portal Megaways.

Big Time Gaming CEO Nik Robinson commented: “This is a space epic with some epic features and potentially epic wins."

“The original Lightning Roulette game is the most successful table game in the last 20 years of online gaming and it has already led to a series of Lightning games such as Lightning Dice, Lightning Blackjack, and Lightning Baccarat,” said Evolution chief product officer Todd Haushalter.

SkillOnNet has extended its partnership with Playtech to launch the supplier's content in Spain for the first time.

“This is a milestone moment for SkillOnNet and our PlayUZU brand,” said SkillOnNet head of games Jani Kontturi.

Aspire Global’s Pariplay has added Kalamba Games’ portfolio of over 50 titles and engagement tools to its Fusion iGaming platform.

“Kalamba’s content is inspired by players and with innovative and engaging features their games are already proven to be popular with audiences around the globe,” said Pariplay director of partnerships Callum Harris.