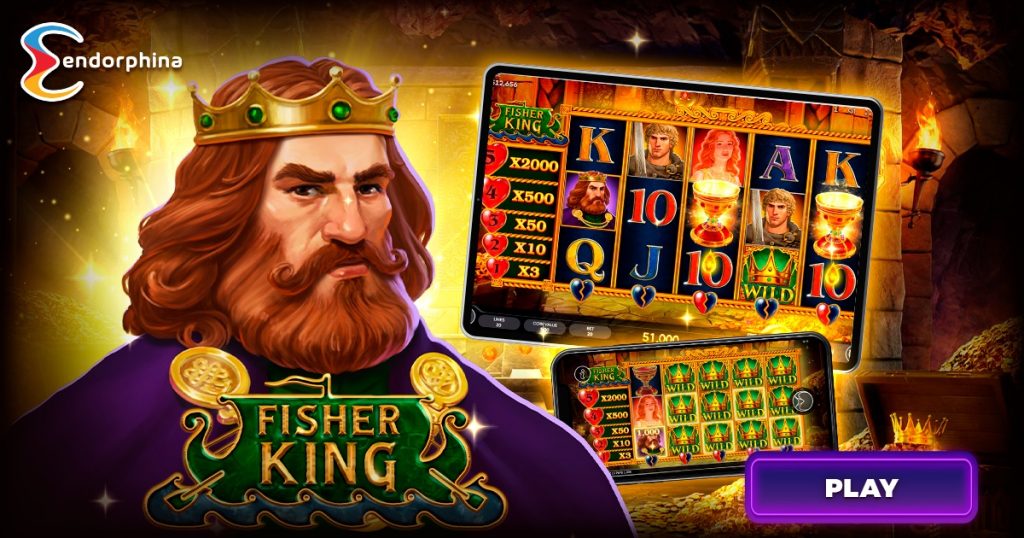 Endorphina has expanded its portfolio with the launch of its latest slot, Fisher King.

iSoftBet is taking players into the realm of medieval folklore to launch its latest Twisted Tale title, Merlin’s Revenge Megaways.

BF Games has taken a collection of its games live in Romania with Fortuna Entertainment Group’s Casapariurilor.ro brand.

“Fortuna is a strong brand with a great track record in markets that we also focus on, and we are very happy to be part of their casino offering,” said BF Games head of business development Claudia Melcaru.

“Rocco Gallo is a really fun game and the animal theme is always popular as it allows our designers to play with personalities and create a really humorous dynamic on the reels,” said Play’n GO  head of games Charlotte Miliziano.

“Building upon the incredibly popular theme of Ancient Egypt and creating an innovative bonus round where only high paying symbols are in play will be a draw,” said Pragmatic Play chief business development officer Yossi Barzely.

Yggdrasil and YG Masters partner Reflex Gaming have announced their latest collaboration with the launch of Eye of Persia 2.

“We are extremely proud of our Ignite program which ensures studios can hit the ground running and enables them to expand their reach while focusing on what they do best," said Pariplay director of partnerships Callum Harris.

Pariplay has also bolstered its Fusion iGaming platform this week through a new deal with G. Games.

“G. Games has a fantastic offering of titles, and with its commitment to innovation and bringing stellar gaming experiences to players," said Pariplay's Harris.

Bragg Gaming Group has added its content to three of SkillOnNet’s operator brands in Ontario.

“We are pleased to further extend our successful partnership with SkillOnNet to Canada through the launch of our proven portfolio in the very promising Ontario market,” said Bragg chief commercial officer Chris Looney.

Relax Gaming has made its debut in the Spain after launching its content with Entain.

Light & Wonder has extended its presence in the United States after signing a deal with PlayStar Casino in New Jersey.

“Signing a deal with Light & Wonder is a real landmark moment for us," said PlayStar co-founder and chief business development officer Adam Noble.