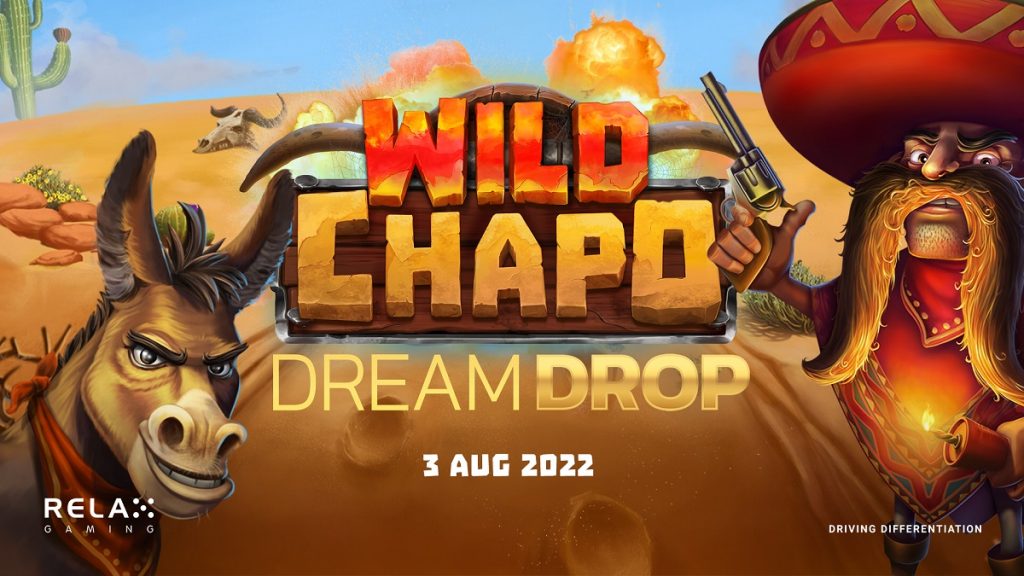 Relax Gaming has released the latest slot to feature its progressive jackpot in the form of Wild Chapo Dream Drop.

“Wild Chapo Dream Drop’s array of dynamite features are set to explode onto our partners’ platforms, which we’re certain their players will love, especially considering that this classic slot has been upgraded with our legendary new Dream Drop Jackpot, boosting bankrolls every single day,” said Relax Gaming CEO Simon Hammon.

“This game was the very first online Live Craps game in the industry, and it was a landmark moment for Evolution,” said Jeff Millar, commercial director, North America at Evolution.

“Amun Ra - King of the Gods is an epic game that combines a strong and powerful theme with an exciting split symbols mechanic which can lead to potentially huge wins for players,” said Wizard Games managing director Joey Hurtado.

“The Leprechaun theme is a popular one in the industry, and we think Larkin’s cheeky personality matches Play’n GO’s outlook perfectly,” said Play’n GO head of games Charlotte Miliziano.

IGT-owned iSoftBet is taking players back to the African Savanna in Majestic Megaways Extreme 4.

“By taking one of our proven top-performers and elevating it with not one, but two engaging mechanics, Majestic Megaways Extreme 4 has every chance to become a real staple of our collection,” said iSoftBet head of games Marl Claxton.

Evoplay has expanded its slot portfolio with the release of Wolf Hiding.

“We couldn’t be more thrilled with how the game has materialised, tastefully implementing the wild lifestyle of wolves into a neatly designed slot environment,” said Evoplay CEO Ivan Kravchuk.

Relax Gaming has signed a deal to supply its portfolio of slots to leading operator bet365.

NeoGames-owned Pariplay has further expanded its Fusion iGaming platform through a new integration with TopSpin Games.

“We’re always on the look out to get interesting, unique content and TopSpin Games certainly supplies that,” said Pariplay director of partnerships Callum Harris.

Yggdrasil and ReelPlay have joined forces to launch the latest release by Hot Rise Games, Monsters VS Gigablox.

“Monsters VS Gigablox brings an exciting, apocalyptic environment to the reels as great denizens of the dark fight it out in a destroyed city,” said Yggdrasil head of product & programs Stuart McCarthy.