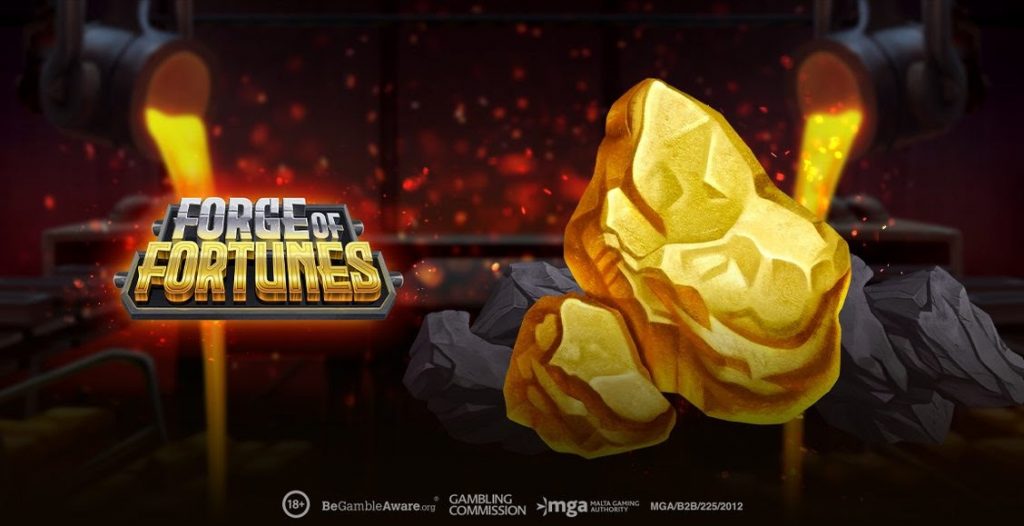 Play'n GO has expanded its portfolio with the launch of Forge of Fortunes.

“Forge of Fortunes is a super dynamic game that has plenty of potential all on a 3x1 set of reels,” said Play’n GO games ambassador George Olekszy.

Relax Gaming has expanded its Tumble series of games with the release of TNT Tumble Dream Drop.

Pragmatic Play expands portfolio with the launch of Black Bull.

“While the roots of our new Royal Poker game have come from Eastern Europe, there’s no doubt that this Poker variant is becoming more and more popular across other parts of the world,” said Ezugi business development director Pang Goh.

“Egyptian-themed slots have been a mainstay within iGaming for many years now, and players know and love them,” said Yggdrasil head of product & programs Stuart McCarthy.

NeoGames-owned Pariplay has added Caleta Gaming to its roster of Ignite partners.

“Expanding our Ignite program is an important goal for us, and we want to add partners that ally with our goals and plans, and Caleta Gaming fits that description perfectly,” said Pariplay director of partnerships Callum Harris.

Novomatic-owned Greentube has taken its games library live in the regulated Dutch and Belgian markets with Gaming1’s Circus brand.

“Our games have generated a very positive reaction from customers in the Dutch market and we are now aiming to build on that positive start,” said Greentube Netherlands sales and key account manager Andy Duschek.

Betsoft Gaming has launched its slot titles on 888casino in Spain.

“As a long-term innovator in iGaming, it is our strategy to collaborate with operators such as 888casino who share our ethos on quality customer service,” said Betsoft Gaming head of account management Anastaisa Bauer.

IGT-owned iSoftBet has signed a deal to integrate its content with Eyas Gaming.

“Off the back of this comprehensive partnership, Eyas’ customers are finally able enjoy our impressive proprietary games selection and third-party offering,” said iSoftBet head of business development Lars Kollind.

Pragmatic Play is set to expand its reach across the Brazilian and Mexican markets following a partnership with Instabet.

“We are pleased to have signed this multi-vertical deal with Instabet which will allow us to provide our world-renowned high-quality titles to two exciting LatAm markets at once,” said Pragmatic Play vice president of Latin American operations Victor Arias.

Pragmatic Play also secured another deal in Brazil this week with BNR Bet.

“We look to partner with operators with a similar business approach to us, and BNR Bet ticks all the boxes as we look to further grow in Brazil,” said Arias.