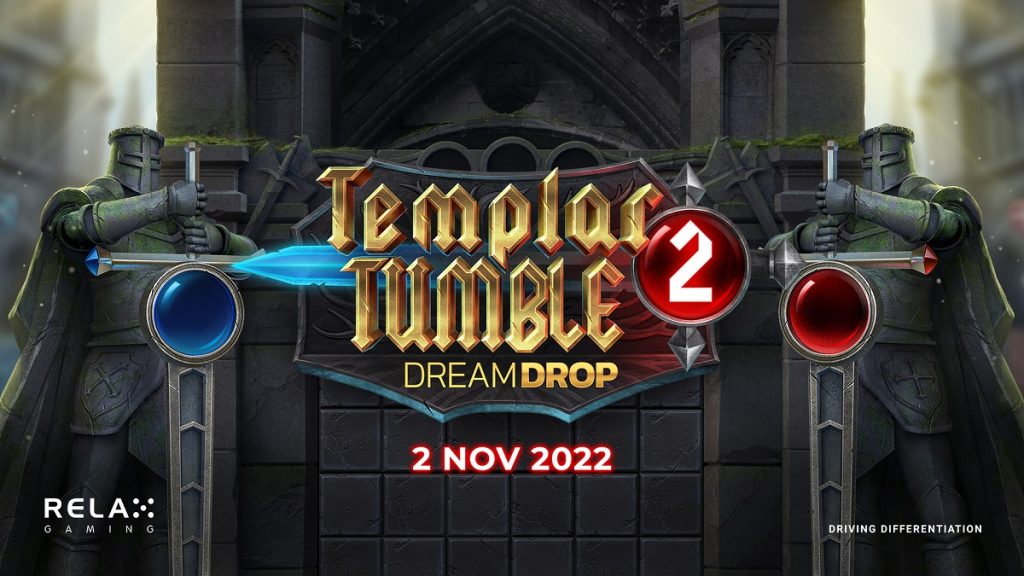 “Our Tumble series has been an exceptionally strong performer, with Templar Tumble being a resolute fan favourite,” said Relax Gaming CEO Simon Hammon.

Play’n GO is taking players on a journey through the dystopian wasteland in its Dynamic Payways title, Canine Carnage.

“If you look at our game portfolio, we love a great animal title,” said Play’n GO head of games Charlotte Miliziano.

“We’ve only been live in the US for a few short weeks, and we are already gaining significant momentum,” said Play’n GO chief commercial officer Magnus Olsson.

“I am happy to announce the new release of our Lumber Jack slot,” said Endorphina head of account management Gretta Kochkonyan.

“We are constantly looking to broaden the content offering on our platform with top-class content and Everi certainly fits the bill in that regard,” said Pariplay director of partnerships Callum Harris.

Pragmatic Play is diving back into the depths of the ocean with Release the Kraken 2, the sequel to one of its most popular games.

“This sequel aims to take everything that made the original title so popular, increasing the entertainment value to provide new heights of engagement for players,” said Pragmatic Play chief operating officer Irina Cornides.

Evoplay has expanded its presence in Italy through a new content supply deal with operator Sportbet.

“We’re pleased to add yet another up and coming brand to our network of partners, reinforcing our ever-growing presence in Italy,” said Evoplay chief commercial officer Vladimir Malakchi.

Pragmatic Play has expanded its footprint in North America after partnering with Ontario-based operator NorthStar Gaming.

“We’re delighted to partner with NorthStar Gaming and to add to NorthStar Bets’ online casino offering with our award-winning slots,” said Cornides.

Pragmatic Play has also agreed a deal to integrate its games with Casinò Lugano’s Swiss4Win brand.

Gaming Corps has released its first slot game under new head of games Connor Blinman with the launch of Tikiz N Juice.

“We wanted to return to our slot portfolio when we felt the time was right and this is the first title to launch from our new roadmap,” said Blinman.

BF Games is set to take 15 of its top-performing titles live in Bulgaria for the first time following a deal with Winbet.

“This is yet another big step for BF Games in what has been a resoundingly positive year so far,” said BF Games head of business development Claudia Melcaru.

Yggdrasil and Bulletproof Games take on a fearsome dragon in their latest launch, Dragon Lore GigaRise.

“Our latest GigaRise title combines an epic theme with one of our most popular GEMs, and we’re extremely pleased to facilitate the launch of Bulletproof’s new launch,” said Yggdrasil head of product & programs Stuart McCarthy.