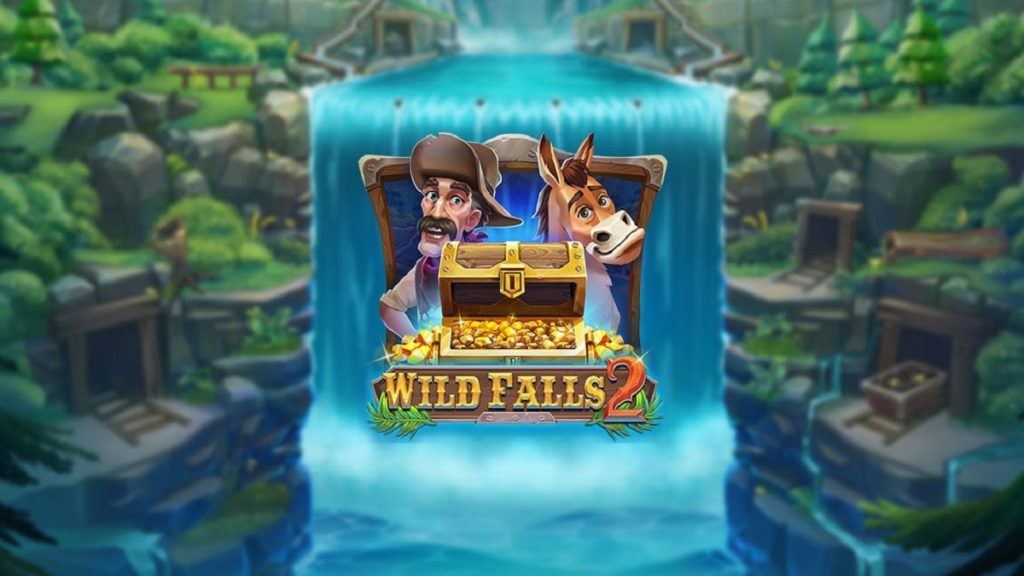 Evolution-owned Red Tiger has launched Good Luck Clusterbuster, where players can team up with helpful leprechauns to break open a pot of gold.

Play’n GO is taking players back to the Yukon River in a sequel to its popular Wild Falls slot game.

“There’s nothing we love more than stepping up to the ultimate challenge and taking our most popular storylines to the next level,” said Play’n GO head of games Charlotte Miliziano.

Evolution-owned Big Time Gaming has expanded its slot portfolio with the launch of Rasputin Megaways.

“Sometimes you just have to take an amusing concept and run with it,” said Big Time Gaming CEO Nik Robinson.

Pragmatic Play has launched a new candy-inspired slot with the release of Sweet Powernudge.

Pragmatic Play has also this week released an Italian cuisine-themed slot with the launch of Pizza! Pizza? Pizza!

“Pizza! Pizza? Pizza! takes the world’s love for this classic dish and packs it with features and win potential,” said Cornides.

NeoGames-owned Pariplay has expanded its Fusion iGaming platform through a new agreement with Fazi.

“Fazi has a great product portfolio, offering a mix of slots and table games that have already proven popular in several markets,” said Pariplay director of partnerships Callum Harris.

Bragg Gaming has launched its casino content with BetMGM in Michigan.

“We have placed an emphasis on expanding our existing relationships with North American iGaming operators to include content from the new proprietary studios we launched this year, as well as exclusive games from our latest third-party studio collaborations,” said Bragg Gaming president and chief operating officer Lara Falzon.

Yggdrasil has again teamed up with Peter & Sons to launch their latest slot, The Legend of Musashi.

“We’re delighted to be able to release yet another visually stunning slot alongside Peter & Sons that’s full of entertaining bonus features and mechanics,” said Yggdrasil head of product and programs Stuart McCarthy.

“Sound the alarms, Cops ‘n’ Robbers is back in town with the biggest money heist to date,” said Inspired vice president of interactive Claire Osborne.

Play’n GO has expanded its presence in Italy through a new supply deal with operator SKS365.

“Since launching in Italy in 2018, our priority has been on providing the very best in casino entertainment to players,” said Play’n GO account manager Italy Lucia Pittiglio.

Play’n GO has also continued its expansion in the North American regulated iGaming market with the launch of its portfolio of titles in Michigan, initially with BetMGM.

“We believe strongly that the future of the industry will be in regulated spaces, and so it’s with considerable pride that we are able to bring our content today to one of the first states in the US to really grasp the regulated iGaming opportunity – Michigan,” said Magnus Olsson, chief commercial officer at Play’n GO.

Greentube has taken its content live in Ontario for the first time with Entain.

“This launch in Ontario with BetMGM, PartyCasino and Bwin is the latest vital milestone for Greentube,” said Greentube commercial director David Bolas.

Endorphina is taking its content into South Africa through a new partnership with Bitville Gaming.

“Bitville is very excited to have Endorphinia as one of our premiere slots products available on our IFrame Solution,” said Bitville Gaming product and business development manager Annalisa Emelia Samuels.

Endorphina has also this week agreed a new integration with Italian operator Staryes.

“Strategic partnerships are well-known for mutual benefits and long-term profits, so we entered a direct partnership with the prestigious operator Staryes in Italy,” said Endorphina senior partnership manager Zdenek Llosa.

Pragmatic Play has expanded its presence in Switzerland through an agreement with Grand Casino Luzern’s mycasino brand.

Wolfgang Bliem, CEO at Grand Casino Luzern, said: "Forming partnerships with businesses that share our passion for gaming has always been important to us, so an agreement with a giant like Pragmatic Play is a momentous win."