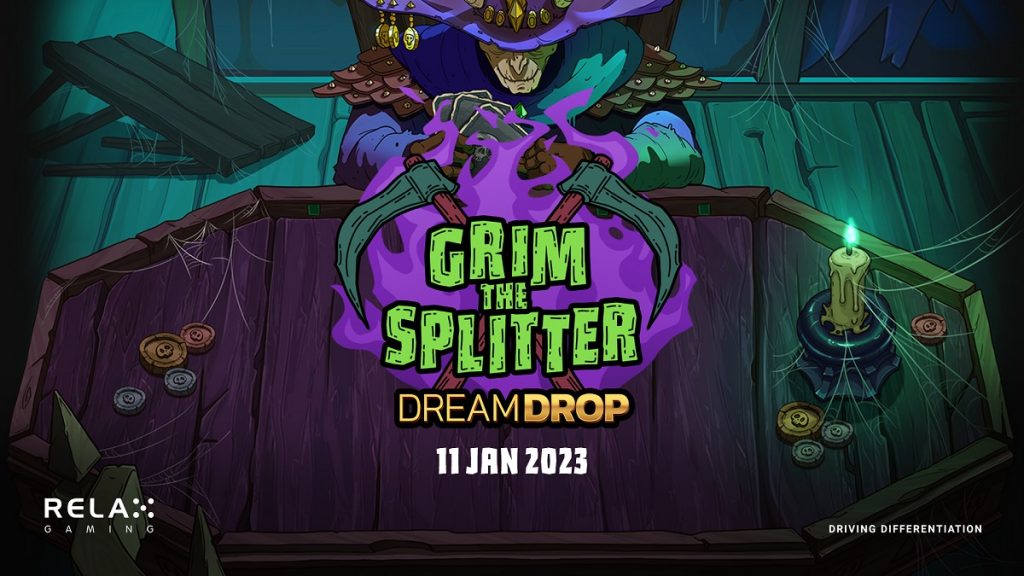 Relax Gaming has released its first slot of the year with the launch of its spooky-themed title, Grim the Splitter Dream Drop.

“Grim the Splitter is unlike anything we have created before or that we’ve even seen on the market,” said Relax Gaming CEO Simon Hammon.

“Everyone knows the saying, ‘Whatever happens in Vegas, stays in Vegas,’ and we wanted to really push our imagination past the limit with Invading Vegas,” said Play’n GO head of games Charlotte Miliziano.

Evolution-owned Big Time Gaming is celebrating the upcoming Chinese New Year in style with the launch of Gifts of Fortune.

“Games that explore ideas of fortune and prosperity in Chinese culture are a genre unto themselves, but seldom do they come with so many explosive features and inventive mechanics,” said Big Time Gaming CEO Nik Robinson.

Pragmatic Play has expanded its footprint in Switzerland through a partnership with Grand Casino Bern’s 7melons.ch brand.

Betsoft Gaming has launched a new Asian-themed game in time for the Chinese New Year with the release of Bounding Luck.

Betsoft Gaming has also further expanded its presence in Latin America through a new deal with operator Cbet.

“Betsoft is a recognised brand across Latin American markets and it is important for us to continue this growth trajectory,” said Bauer.

NeoGames-owned Wizard Games has expanded its popular Dragons of the North franchise with the launch of a new blackjack version of the game.

“With our Dragons of the North franchise proving so popular with players around the world, it made complete sense to incorporate the ever-popular casino classic blackjack within its legendary setting,” said Wizard Games managing director Joey Hurtado.

Play’n GO has gone live with Kindred Group’s 32Red brand in the UK for the first time.

“Partnering with 32Red is yet another major coup for Play’n GO, as we join forces with one of the UK’s powerhouse gaming brands,” said Play’n GO UK regional director Anna Mackney.

“It is a proud moment for us and for Skillzzgaming to be able to launch their content in the US with such a prestigious operator as BetMGM,” said Pariplay commercial director Shivan Patel.

Pariplay has also expanded its presence in New Jersey through a new partnership with Resorts Digital Gaming, the online arm of Resorts Casino and Hotel.

“The strides we have made in North America in 2022 has been outstanding, and we’re delighted to add another strong casino brand to our retinue of partners in Resorts,” said NeoGames president Tsachi Maimon.

Evolution-owned Ezugi has launched its games in Bosnia and Herzegovina with operator Wwin through an integration with Pin Projekt.

“We are delighted to have partnered with WWin and Pin Projekt to serve this exciting market,” said Ezugi business development director Pang Goh.

“Our YG Masters program has entered its fourth year and we’re delighted to be collaborating with Peter & Sons for another mythical masterpiece, Dragon Blox GigaBlox,” said Yggdrasil head of product & programs Stuart McCarthy.

Light & Wonder-owned Lightning Box has upgraded its popular Silver Lion slot with the addition of a new Feature Ball component.

“Silver Lion has always been one of our most popular games and we didn’t want to tinker with it just for the sake of it,” said Lightning Box CEO and co-founder Peter Causley.

Pragmatic Play is taking players on a trip to paradise with its new tropical island-themed release Wild Wild Bananas.

Pragmatic Play has further expanded its footprint in the Brazilian market, signing an agreement with operator BetBastet.

“Brazil continues to exert itself as an extremely promising region for us, and the addition BetBastet to our ever-growing partner network serves as evidence of this,” said Pragmatic Play vice president of Latin American operations Victor Arias.

SoftSwiss has expanded its casino game aggregator platform through a new integration with Live Solutions.

“We’re very pleased to have our top-quality games available on a content hub that will reach a large number of people from many different locations,” said Live Solutions CEO Jean-Pierre Houareau.

Endorphina has expanded its presence in Italy through a new integration with platform provider Betn1.

“We at Endorphina are very grateful for the outstanding welcome our product has received in Italy and how our content will reach new heights,” said Endorphina senior partnership manager Zdenek Llosa.