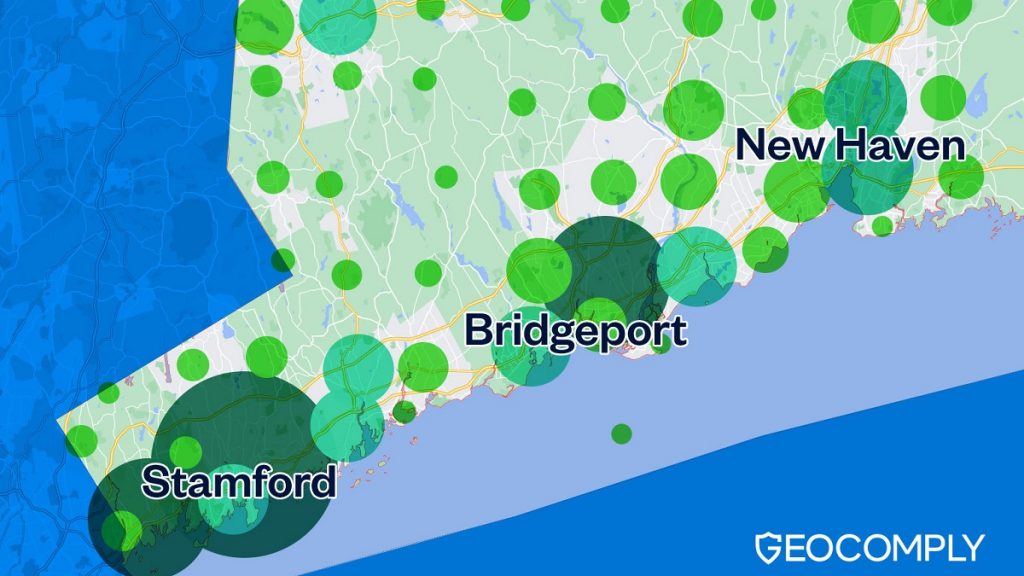 Connecticut’s regulated online sports betting and iGaming market has got off to a strong start according to initial data from geolocation specialist GeoComply.

The data shows more than 1.2m online wagering transactions since the start of limited trials on October 12, with the majority of the transactions taking place after the full launch date of October 19.

According to GeoComply, this already places Connecticut ahead of Colorado, despite its smaller population, with the state seemingly benefiting from players in New York.

“We’ve learned from the New Jersey experience that New Yorkers are clearly motivated to travel locally to bet on sites where proper consumer protections have been put in place that safeguard the integrity of their wager,” said Chad Kornett, VP global government relations at GeoComply.

“Connecticut looks to be quickly following a similar pattern: Easily accessed from the New York City area, GeoComply’s data shows 38 per cent of Connecticut’s wagering activity has originated from the southwestern corner of the state along the I-95 corridor.”

Kornett added that heavy volumes have been concentrated in Stamford and Bridgeport, with other highway entry points stretching north along the New York border also hotspots.