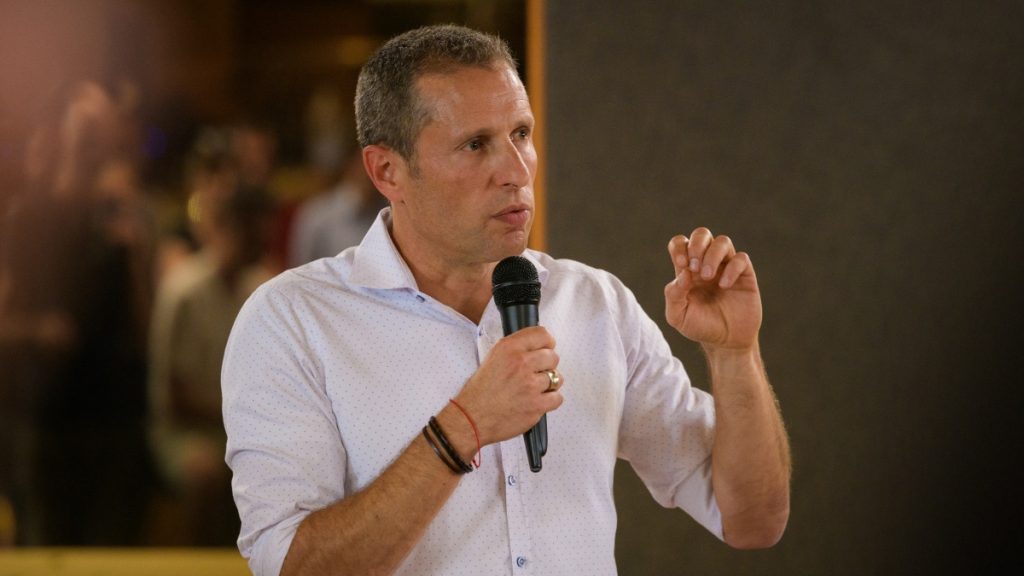 After almost 15 years at the heart of 888, Yaniv Sherman left his post as Head of US to become CEO of Bragg Gaming Group on July 1. He talks to Gaming Intelligence about what attracted him to the company and where it goes under his leadership.

Yaniv Sherman’s appointment as chief executive officer should be seen as the culmination of Bragg Gaming Group’s recent restructuring and acquisition spree.

The business has been led by chairman Paul Godfrey since he stepped in as interim CEO in 2021 to replace Richard Carter.

“I really didn’t want to be interim CEO,” Godfrey told Gaming Intelligence in February. “It is a company that deserves to have a CEO with much more experience in the iGaming business.”

The plan he outlined at the time was to have an experienced iGaming executive in place as CEO within 60-90 days. It may have taken a few months longer than planned but he has delivered with the appointment of Yaniv Sherman, who will lead a strengthened management team at Bragg.

In his near 15 years at 888, Sherman was in charge of business development and sales on the B2B side and commercial development in B2C, before most recently heading up 888’s successful US business. Assuming the chief executive’s office at a Nasdaq and Toronto listed company is obviously a step up on the career ladder, but why Bragg?

“I left 888 after more than 14 years with a great sense of accomplishment and satisfaction. It will always remain dear to my heart and I am looking forward to seeing the team there take the company to its next level,” says Sherman.

“What attracted me to Bragg were the things that kept me at 888 for so long. Bragg has best-of-breed technology and iGaming platform, developed and promoted by talented and like-minded people.

“My track record and skills seem to complement Bragg's focus on growth in the US market, and I hope to be able to utilize them as soon as possible.”

Sherman’s first task will be to take stock of the company’s pool of talent following its recent hires and acquisitions.

“Bragg is now comprised of the core team, which built this amazing company over the years, coupled with top industry talent,” Sherman explains. “Some come from blue-chip B2B companies such as NetEnt and Red Tiger, while other key members joined the team via our acquisitions of Wild Streak and Spin Games in the United States.

“Part of our plan in the near term is to continue integrating the team into a cohesive unit with a customer-centric, product-focused approach. Companies grow, first and foremost, through their people, and Bragg is now becoming a global company that should develop that type of mindset,” says the chief executive.

Bragg has long been successful in European markets with its Oryx Hub games distribution platform and continues to grow its business there, but iGaming in North America is where the biggest opportunity lies. Central to the group’s North American strategy are the newly acquired businesses - Wild Streak adding an experienced Las Vegas-based games studio to the group, while Spin adds proprietary games, game mechanics and a remote games server.

Sherman describes the acquisitions as an effective shortcut to enhancing Bragg's footprint in the United States.

“Wild Streak provides us with great proprietary content and industry-leading game development capabilities,” he says. “Spin, which also owns a games portfolio, has commercial agreements and its Remote Gaming Server (RGS) integrated with the leading US operators, such as Rush Street Interactive and DraftKings, representing synergetic value and providing Bragg with the distribution it needs.

“This proprietary content, powered by Bragg's turnkey solution, will also be available to our partners across the pond in our core European markets, which will help us differentiate ourselves in a competitive landscape,” he adds.

It is a buyer’s market in the current economy with no shortage of game development studios up for sale, but Sherman does not anticipate any further acquisitions for now.

“The iGaming and sports betting sphere is as dynamic as ever, and we always keep our ear to the ground,” says Sherman. “Having said that, our near-term focus will be integrating our recent acquisitions and enhancing our content distribution through existing and new partners, while developing new capabilities to maintain our competitive edge.”

And while many of its rivals are turning their attention to opportunities in South America, Bragg plans to remain focused on Europe and North America.

“That is where the most attractive Total Addressable Market (TAM) is, and that is indeed where we will apply our focus and resources,” concludes Sherman.

Bragg’s ambitious growth plans are essentially the same today as they were under the last CEO, but with Sherman’s vast experience and knowledge, delivery is now looking a lot closer.

Bragg Gaming content goes live with Betnation.nl in the Netherlands

ComeOn approved to launch flagship brand in the Netherlands