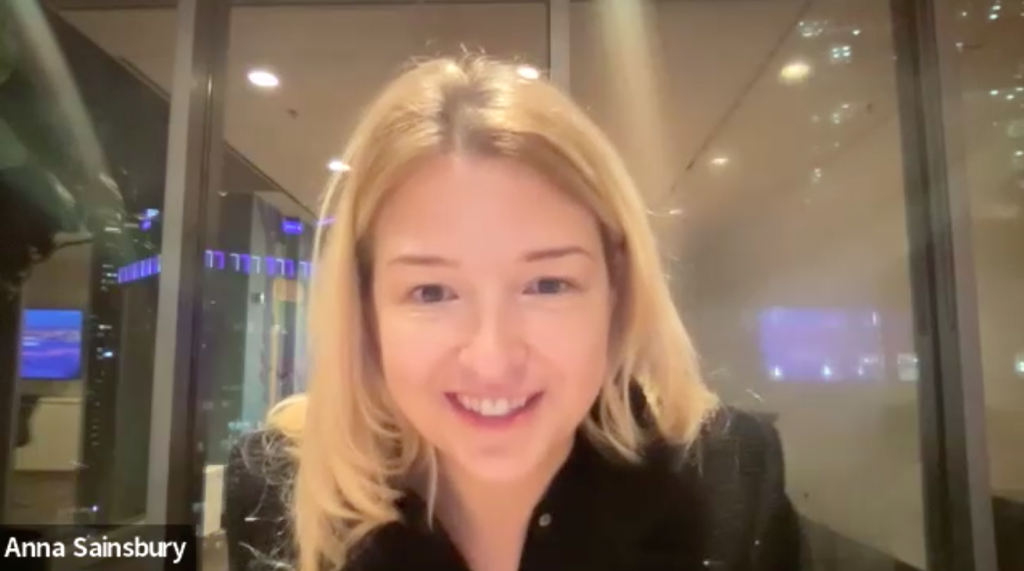 Few executives have had as big an impact on the industry as GeoComply chief executive Anna Sainsbury. Returning for her second stint as CEO, Sainsbury shares her thoughts on the recent New York online betting launch, the future of gaming in the United States, and the challenge and advantage of working alongside husband and co-founder David Briggs

GeoComply chief executive officer Anna Sainsbury is back in the hot seat four years after handing the reins to her husband and co-founder David Briggs.

Briggs has overseen a period of spectacular growth. The company’s expansion into new sectors has coincided with the fall of PASPA and the rapid rollout of sports betting (and to a lesser extent iGaming) across the US.

“There is a need for us to be very strategic, in terms of where the market is, but also to be very hands-on as we are stepping into this bigger version of ourselves,” says the returning CEO.

The company has employed under 100 people for the majority of its existence but the post-PASPA explosion has seen the company grow to 325. Sainsbury expects that figure to be over 750 by the end of 2022. The company is looking for engineers, fraud and data specialists, compliance people, lawyers and product managers.

In March last year, GeoComply secured a multi-million dollar investment from Blackstone Growth and Atairos that will help fund this massive growth phase. In addition to the explosive growth in the gaming sector, GeoComply is expanding into the fintech and film and television industries. The boom in streaming means certain countries need to be blocked. There is also new legislation coming that requires companies to block users from sanctioned countries.

“There is a lot of opportunity there, so we just want to make sure that our team is scaled and our products are available for all these new market opportunities, but also that we don’t drop the ball on the standards that the gaming industry has come to expect from us.”

Meanwhile, the company’s core gaming operations continue to grow exponentially as the US rolls out sports betting, with each state needing to be fenced using the geolocation technology that GeoComply pioneered.

New York is the most recent example. GeoComply is the undisputed market leader with technology trusted by all four of the operators that launched online on the opening weekend.

“Launches like New York this weekend, it takes a village to really feed back to customers so quickly to make sure we’re all optimised,” says Sainsbury.

“The numbers we saw were amazing,” she continues, “above our projections.”

The volume of geolocation transactions eclipsed the second closest ranked state, Pennsylvania, by approximately 2.5 times, according to GeoComply’s data.

“Overall, just how nice for New Yorkers to finally be able to place their wagers after years of being exposed to the advertising [that was broadcast for neighbouring states such as New Jersey],” says Sainsbury.

Pioneering gaming in the US

Few companies have enjoyed the influence over a sector that GeoComply has. The company’s technology has enabled the rollout of sports betting in the US on a state-by-state basis. When Briggs and Sainsbury founded the company back in 2011, stakeholders in the US were still arguing over the benefits of federal gambling legislation over the more politically practical route of state-by-state.

“I was living in Manilla at the time, sitting around the dining room table with a few bright friends in the space hacking out ideas. That is where the main concept was decided,” Sainsbury recalls.

“Once we came out with the concept and as soon as we understood layering location technologies was what we needed, we knew that we needed to spend a lot of time educating regulators and politicians, hearing their expectations and explaining what was technically possible,” explains the GeoComply chief.

When Nevada first launched online poker in 2013, it did so using an alternative technology to GeoComply based around cell tower triangulation, which was less effective than GeoComply’s layered solution but deemed sufficient because of the lack of residents living near its borders.

New Jersey and Delaware came next and did not come to the same conclusion. They chose GeoComply to ensure gamblers were not wagering in neighbouring states.

When both states regulated in quick succession, Sainsbury and her fledgling crew started dreaming of California, New York and other big states but they would have to wait five long years before Pennsylvania finally became the next state to roll out iGaming.

“Our success was not necessarily a sure thing,” says Sainsbury. “There were definitely quite a few years there when GeoComply was somewhat successful but a lot of the people that I knew in the industry were saying ‘you should cut your losses now and do something else’, because it was a smaller market than what we know now.”

That all changed when the Professional and Amateur Sports Protection Act (Paspa) was repealed in 2018 and the floodgates opened. That milestone coincided with Sainsbury’s decision to take a back seat and allowed husband Briggs a spell in the chief executive’s suite.

For Sainsbury, taking a back seat did not equate to taking a complete break. While she was able to spend more time with her young family (her children are now five and eight-years-old), she continued as GeoComply chair and even found time to launch non-profit responsible gambling subsidiary Conscious Gaming.

She sheepishly admits that perhaps she could have taken more of a break than she did but she talks enthusiastically about trips taken with the kids, who were just five and one-year-old, when she handed over to their father. So, how do her and Briggs juggle family and work life?

“For us it works really well and in some ways allows us to get ahead,” she says. “With Lindsay too, who was the first person I hired when I was at TST, we have this ability to really know what each other is thinking about and where each other is going to dive in and who is handling what. I think it has been a huge advantage.”

Do you have rules about not talking about work over the dinner table?

“Our kids have rules about it,” she laughs. “We have a technology company. It is a 24/7 business. We have boundaries about when to discuss things but ultimately I think that if you are an entrepreneur and you are running a company, it is an intense process.”

“I think about my kids when I am at work and I think about work when I am at home with my kids. Ultimately it comes down to making sure that you can be present with whatever you’re concentrating on; and that you have the ultimate desire to succeed, not just at work but at home and with all relationships.”

The future of gaming

Sainsbury and Briggs have proved to be visionaries - seeing the future of gaming in the US long before it was a practical reality. Despite the flood of work dominating the here and now, Sainsbury is already looking to the long-term sustainability of the industry with Conscious Gaming.

“One of the core issues we wanted to sink our teeth into was responsible gaming - to give back to the gaming industry and solve a problem that needs to be solved by a technology, not necessarily by more policies,” she explains. “We have a lot of policies in place but we can follow through and create a technology that solves these problems for operators.”

The first project for Conscious Gaming was working with the National Centre for Missing and Exploited Children (NCMEC).

“What do we know about users that are masking their location?” asks Sainsbury. “It is an interesting way for GeoComply to explore utilizing the technologies that we have created for the gaming industry and parlaying those into solving bigger problems.”

Sainsbury admits it is a challenge to understand what success looks like when it comes to dealing with problem gamblers. She is working with a really active group of regulators, operators and law enforcement officials to establish the best way forward.

Collaboration will be key, she says, and while progress has been slow in some respects, she feels that the US industry is tackling this issue now and is unlikely to face the public political backlash that the UK and other European countries have experienced.

“We can’t fix everything,” she admits. “This is not just about how we can benefit but what is sustainable for the long-term health of the industry.”