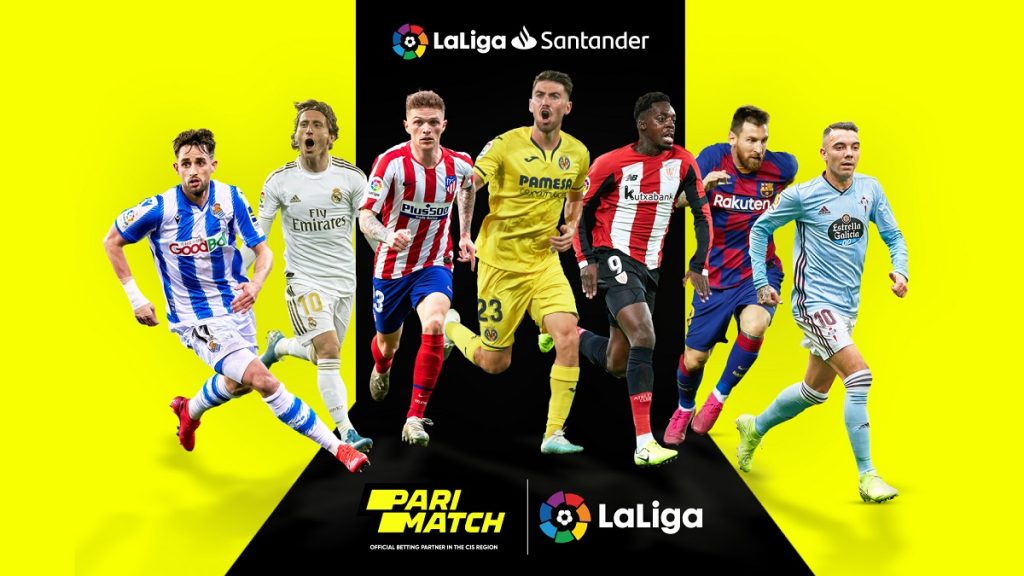 Online gaming operator Parimatch has secured a two-year deal to serve as the official betting partner of Spain’s La Liga football league in the Commonwealth of Independent States (CIS).

The official betting partnership extends across 15 territories in the CIS and will give Parimatch branding at all La Liga events in the region, subject to local regulations, as well as at away matches involving Atletico Madrid, FC Barcelona and Real Madrid.

The operator also gains the right to use La Liga marks in its marketing material alongside image rights for seven active players, while two La Liga legends will support Parimatch PR and marketing events and will appear in Parimatch TV advertising campaigns for broadcast in the CIS region.

Parimatch is one of the fastest growing operators in the region with a claimed 20 per cent share of the CIS market, and is an official partner of a number of sports leagues and clubs, including Everton FC, Leicester City FC, and UFC.

“This collaboration is strategically important for Parimatch and represents an opportunity for us to reach the loyal fanbase of one of the most popular football leagues in the world, whose players are some of the most iconic names in football today,” said Parimatch chief executive Dmitriy Sergeev.

“This agreement will see our brand awareness increase not only in our key markets across the CIS, but also on a global level. LaLiga shares our commitment to the fan experience, so this partnership is a fantastic fit for us.”

Oscar Mayo, director of business, marketing and international development at La Liga, added: “Strong local partnerships are key to making deeper connections with our fans and growing our global presence. In the CIS, our following has increased significantly in recent years creating an audience that is keen to get closer to our competition. Parimatch shares our ambition to create world-class entertainment and is an ideal partner with which to continue this growth across the region.”