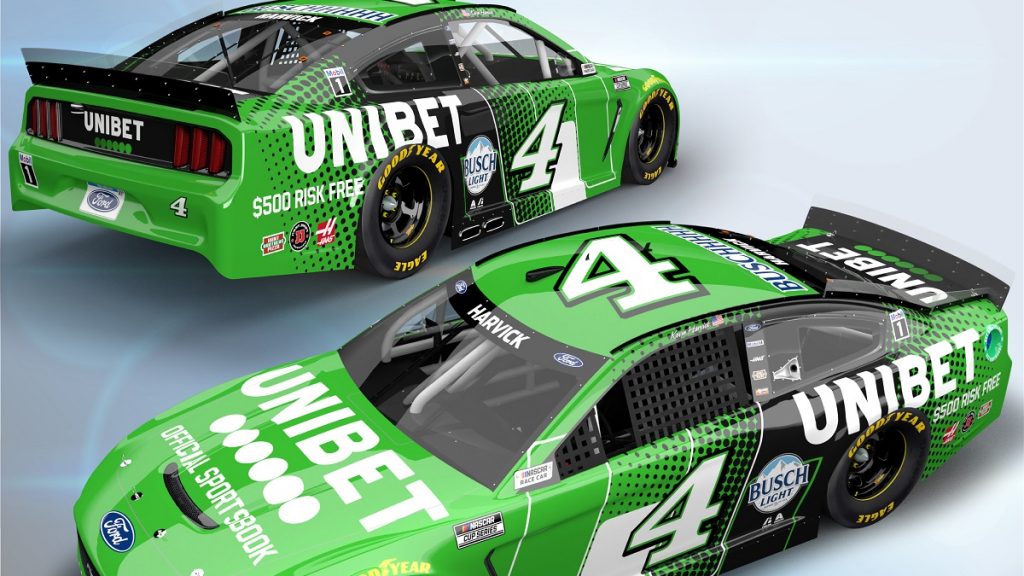 Stockholm-listed operator Kindred Group has agreed a deal for its Unibet brand to serve as the primary sponsor of NASCAR team Stewart-Haas Racing and driver Kevin Harvick.

“Sponsorship is an important part of our marketing initiatives in the states, where sports betting is legal,” said Kindred US senior vice president Manuel Stan. “Racing fans are extremely passionate about their sport and their driver in particular. Unibet exists for this reason, to enhance fans' passion for their sport.

"Our platform is straightforward, easy to understand and filled with insights that allow our players to make informed bets. Integrating Unibet into the sport that fans watch and cheer for, is the best way to tell our story. We are By Players, For Players."

Unibet will make their debut as NASCAR-sponsors at Pocono Raceway in Pennsylvania on 14 August with Harvick and the No. 4 team.

Unibet will also serve as the primary sponsor of two NASCAR Cup series races at Indianapolis Motor Speedway and Martinsville Speedway (VA), as well as the Xfinity Series race in Indianapolis where Kevin Harvick will take the wheel.

Stewart-Haas Racing president Brett Frood commented: "We're proud to represent and work with Unibet, now and in the future. Fans are the lifeblood of our sport and Unibet offers a new and insightful way for fans to engage with our sport in a meaningful way.

"We're looking forward to kicking off our partnership with Unibet this weekend at Pocono, where Pennsylvania residents can experience Unibet's offerings firsthand."